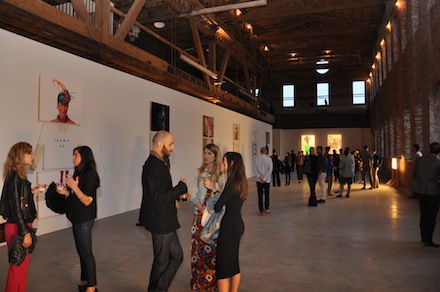 On Monday evening creative unit FAMNYC and international auction company Phillips de Pury came together to host a charity auction at The Intercourse, a new studio in Red Hook founded by artist Dustin Yellin.  The offered exhibition, titled “The Exquisite Corpse Project”, was sold both silently and live with a portion of the proceeds benefiting ART Start, an organization helping to foster creativity among unprivileged youth.  A group of ART Start’s very own One Mic students also gave an intermediate performance at the event. 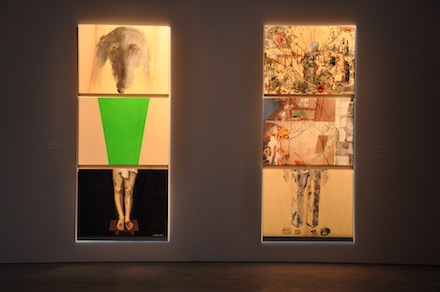 “Exquisite corpse” or “exquisite cadaver” is defined as the method of assembling together a collection of words or images.  FAMNYC’s spin on this art form has involved the combination of work from such artists as Ross Bleckner, Thomas McDonell, Sebastian Errazuriz or Matt Jones, John Gordon Gauld, and Dustin Yellin.  Nine of these pieces were offered at The Intercourse’s first auction last night, as Yellin’s warehouse turned gallery opened only at the start of this year. 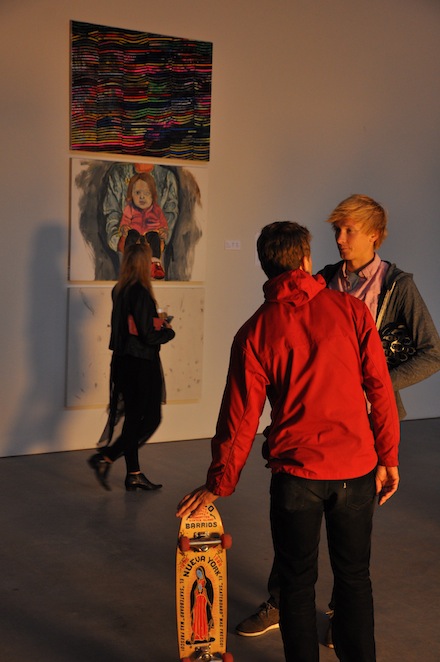 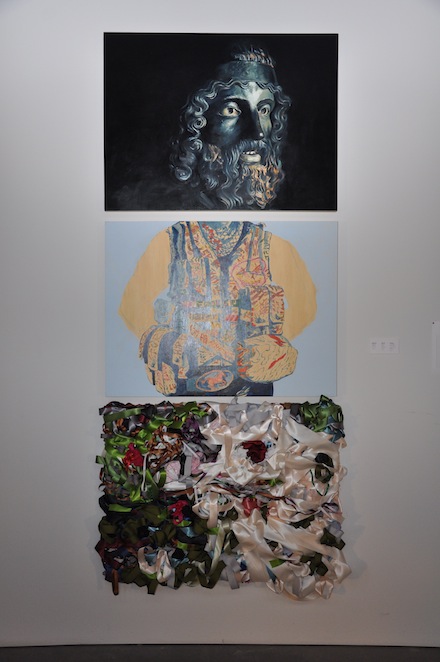 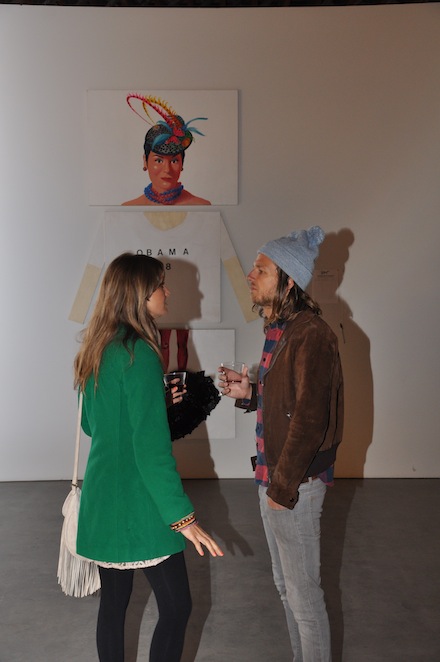 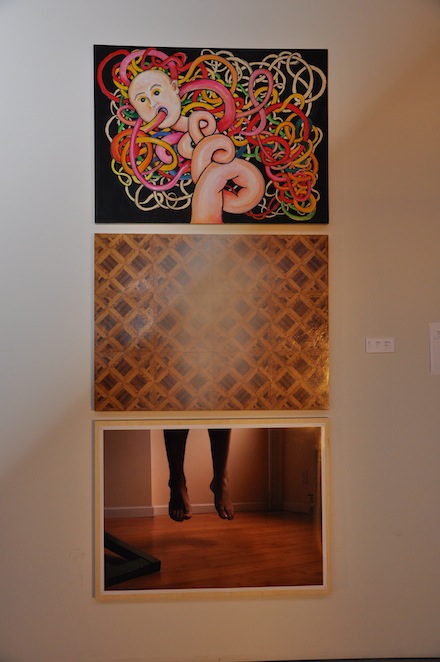 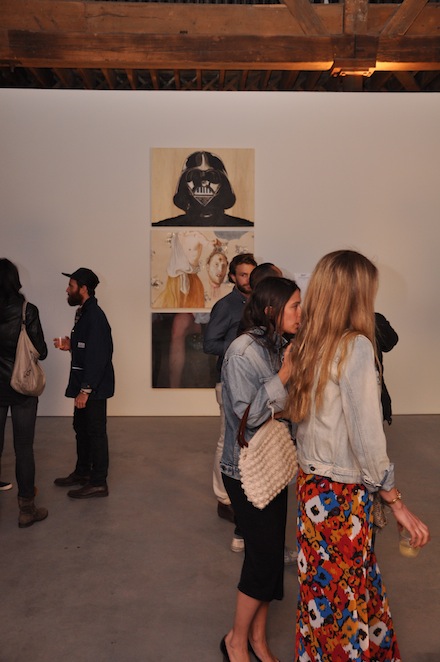 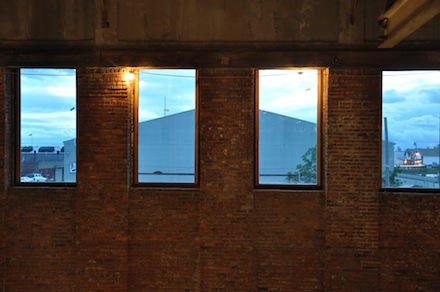 Though the space is still relatively new on the map, Yellin’s initial vision and plans for the Brooklyn based gallery are quickly being realized.  He describes The Intercourse as a sort of “cultural think tank slash museum”.  The space currently features a large exhibition area, an artist’s residency program, an affiliate magazine, and a growing sculpture garden. 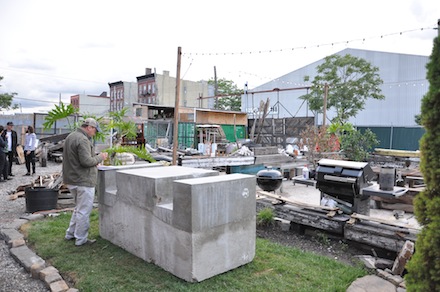 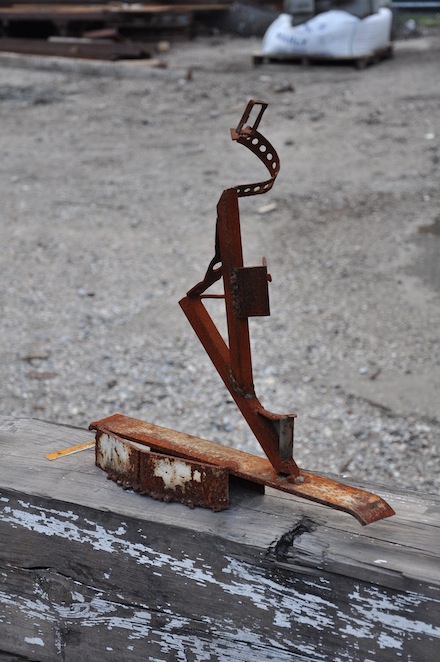 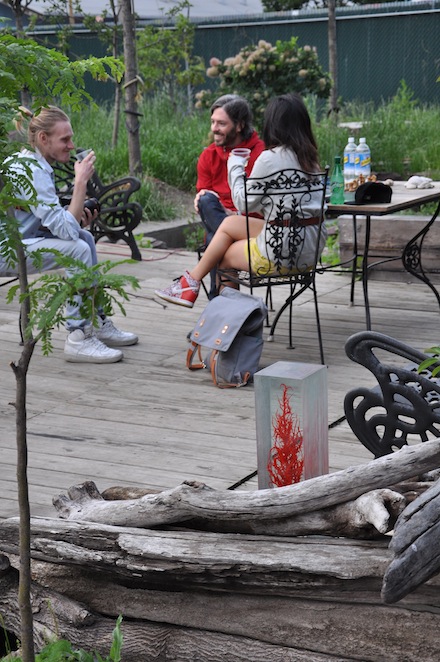 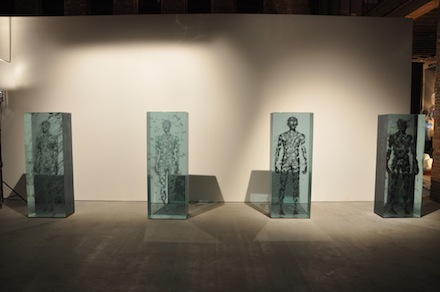 Yellin’s own work at the back of his gallery 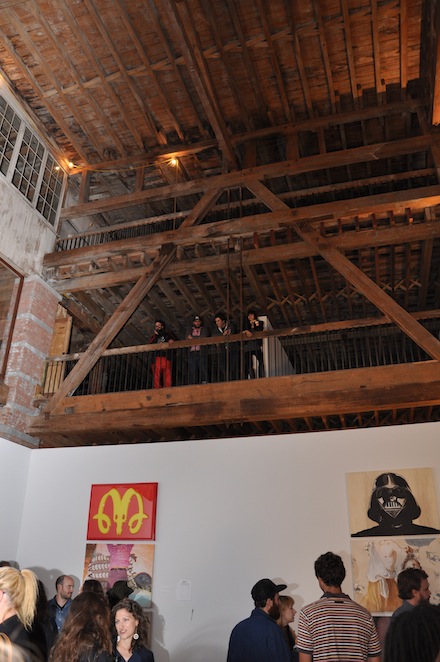 Auctioneer Philae Knight from Phillips de Pury noted in her conclusion that “the great thing about [Yellin] is what he does in the art community, galvanizing other artists to work together”. 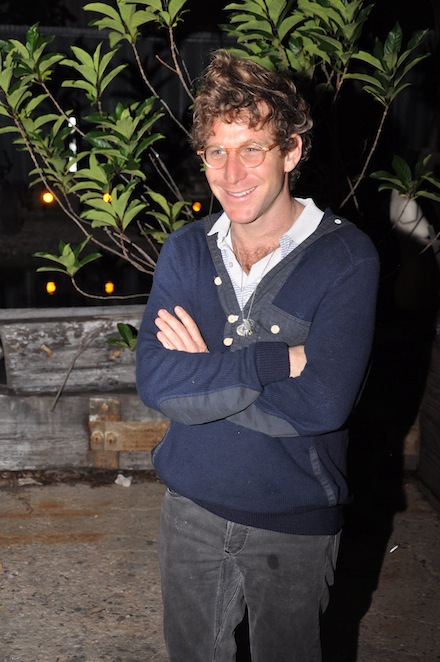 By partnering with ART Start, the event also able to give back to the community surrounding The Intercourse, connecting artists to the younger generation present there.  As Knight also said, “we are all here because we know how much art transforms lives”. 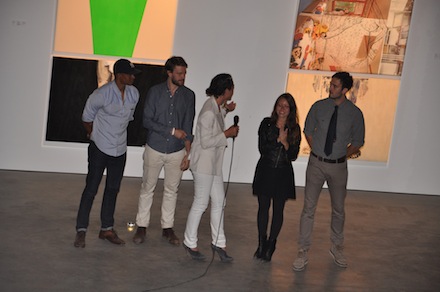 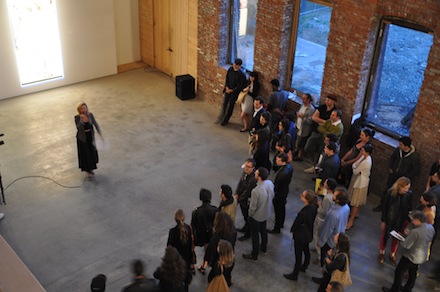 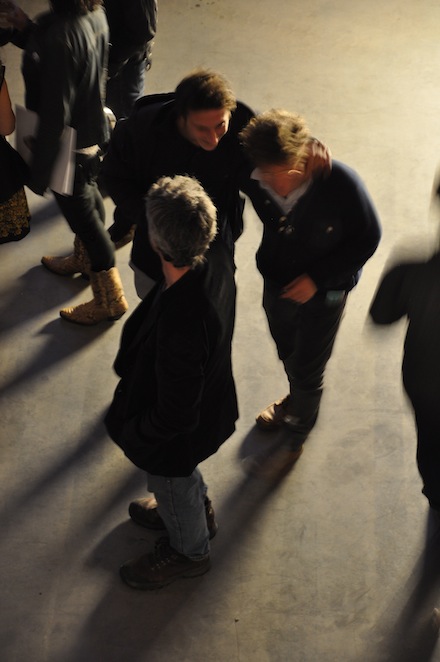 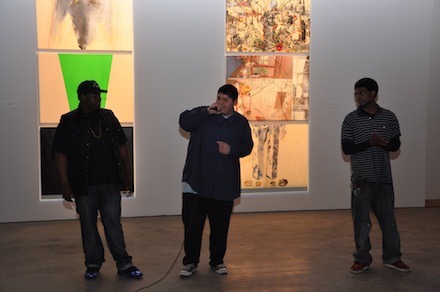 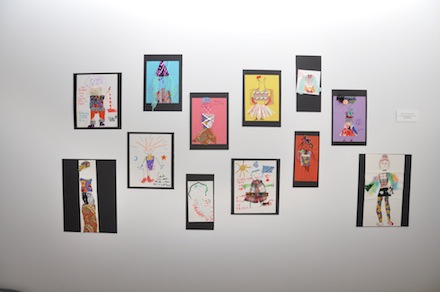 Drawings and works created by participating ART Start kids.  Donators to the organization were able to choose their favorite to take home.  The event helped raise more than $10,000 in total for ART Start. 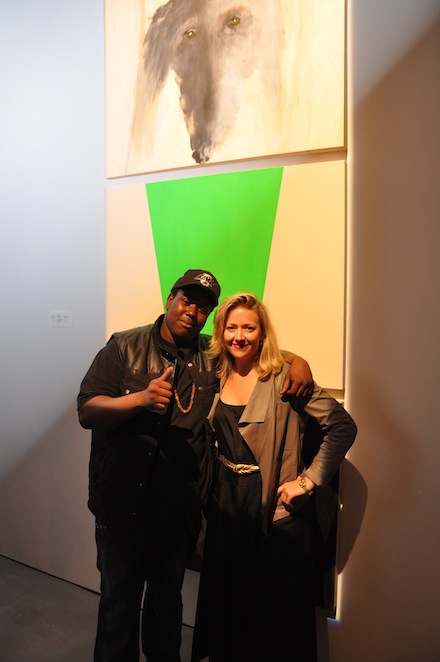 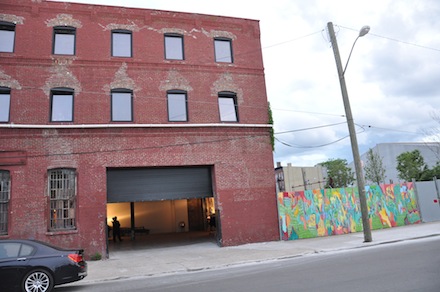 This entry was posted on Wednesday, June 6th, 2012 at 3:50 pm and is filed under AO On Site. You can follow any responses to this entry through the RSS 2.0 feed. You can leave a response, or trackback from your own site.