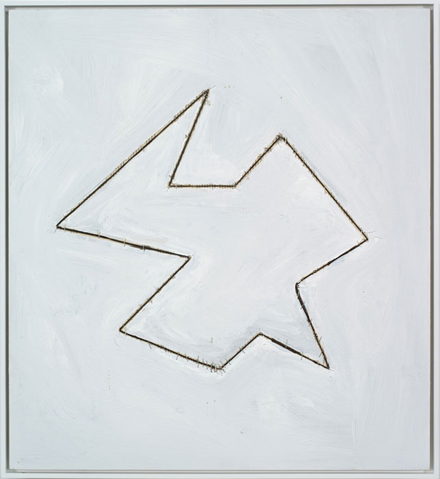 In his first exhibition at 303 gallery since 1991, Richard Prince presents a show titled 14 Paintings – a small collection of paintings and a single sculpture. Some 30 years ago, Richard Prince actually lived in the current gallery space where his work is now showing. 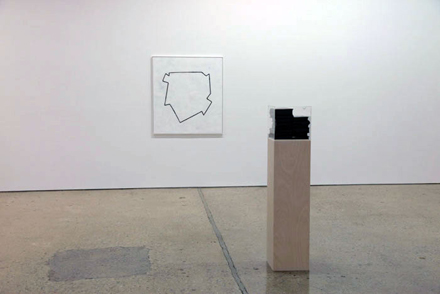 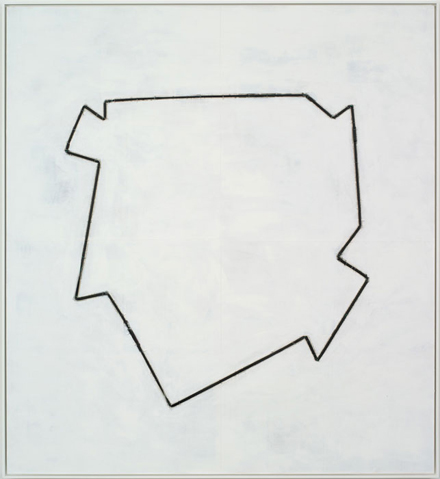 This body of work is markedly more minimal than the artwork that Prince is commonly known for. These paintings – composed of newspaper, rubber bands, staples, and acrylic paint – are a clear conceptual departure from his Nurse paintings or the notoriously controversial Brooke Shields photograph. Each painting is essentially a line drawing of a simple yet complex shape – all creations of his own visual geometry. The ‘line’ is composed of the rubber bands and staples, and the ground is white paint with yellowed newspaper peeking out from behind. All of the paintings are monochrome and compositionally similar.  They are all titled Untitled and are nearly identical in size. There is a defintive minimalist – Russian Constructivism meets Suprematism – quality to the work. A hint of Pop Art is found in the reveal of the newspaper. The simplicity of these pieces add considerable scope to the artist’s oeuvre. 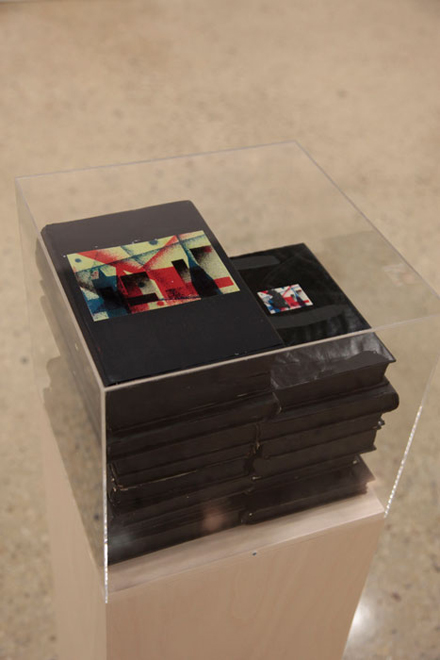 The sculpture is titled 14 Paintings – somewhat ironically – and is the title artwork of the show. Maintaining the quiet aesthetic of the rest of the show, it is a simple plexi-glass box perched on a pedestal. It houses a group of blackened books that are adorned with small, colorful, and solitary images. 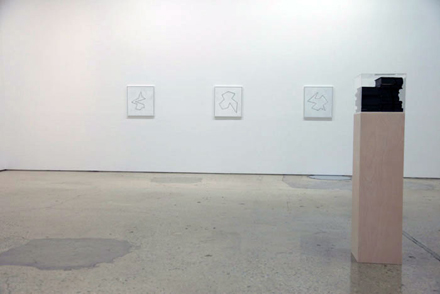 The most fascinating part of the show may be the press release, which is reminiscent of the late Charles Bukowski. It is filled with terse proclamations such as “The world is intolerably dreary. You escape it by seeing and naming what had heretofore been unspeakable.” However, it is also inflected with humor in statements like “The higher you climb, the more I see of your ass.” The entire press release is fashioned into a quirky and dark poem – the work is never really discussed, or explained away. 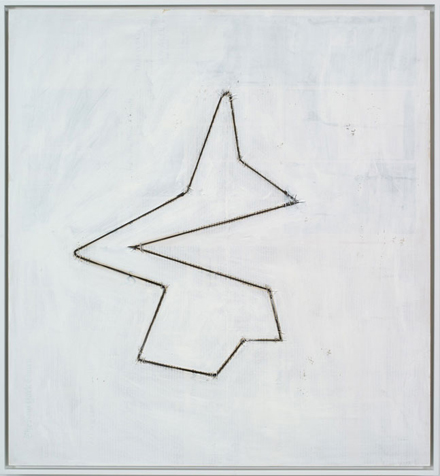 Richard Prince was born in the Panama Canal Zone in 1949. His work has been exhibited all over the world. Most notably the Whitney Museum of American Art, New York; San Francisco Museum of Modern Art; Museum Boijmans van Beuningen, Rotterdam; Museum für Gegenwartskunst, Basel; Serpentine Gallery, London. His major retrospective “Richard Prince: Spiritual America” was held at the Solomon R. Guggenheim Museum, in New York, and The Walker Art Center, in Minneapolis.

This entry was posted on Sunday, June 17th, 2012 at 2:06 pm and is filed under Art News. You can follow any responses to this entry through the RSS 2.0 feed. You can leave a response, or trackback from your own site.