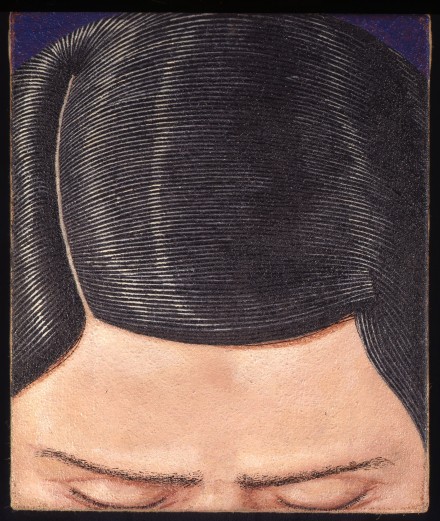 Prodigious Italian artist Domenico Gnoli left behind only several dozen paintings when he met an early fate – at age 36 – in April 1970. Eighteen of those important works are currently on display in the first U.S. exhibition dedicated to the artist in over 40 years. The paintings are primarily acrylic mixed with sand; finely detailed and close cropped, they are intimate portraits of a very certain place and time. 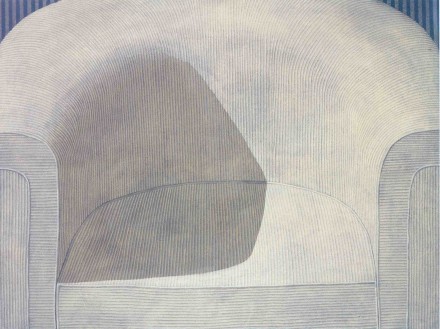 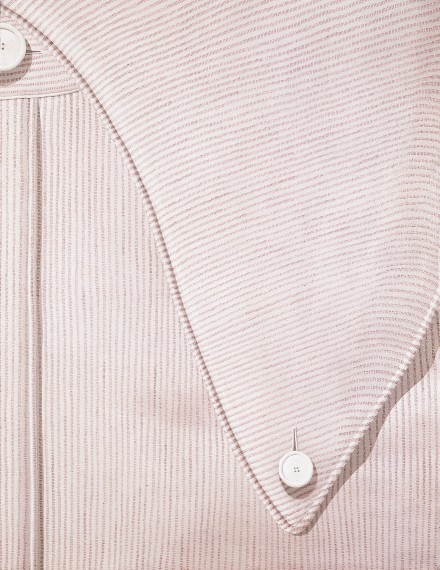 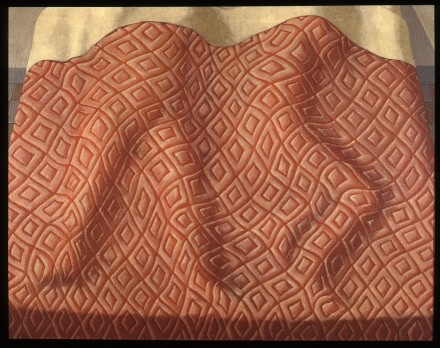 Focusing attention on the daily objects of a bourgeois Italian society, Gnoli played in direct opposition to the politicism of  the then-popular Arte Povera movement. Gnoli typically painted his cropped compositions on a relatively large scale – often elevating the buttons of a blouse or braid of hair to an almost holy, reverential state – all while maintaining a serene pluckiness of hand and a uniquely tender sense of humor. 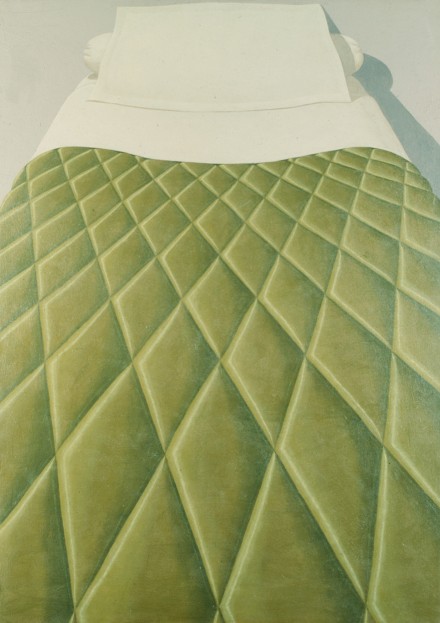 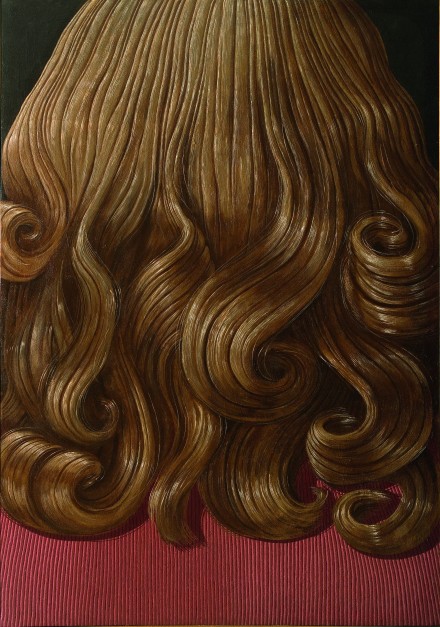 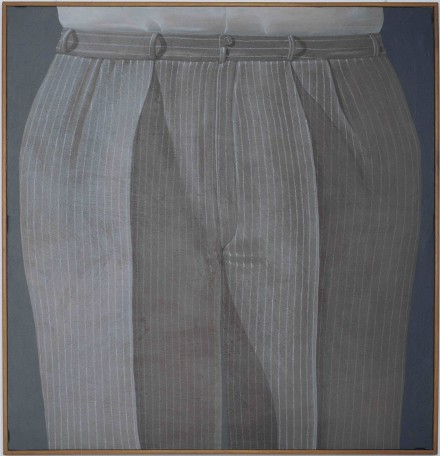 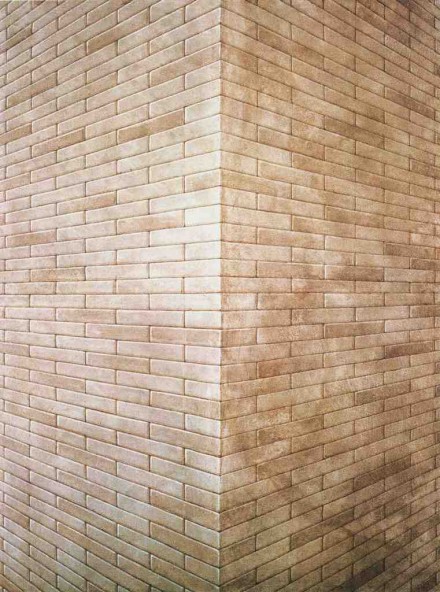 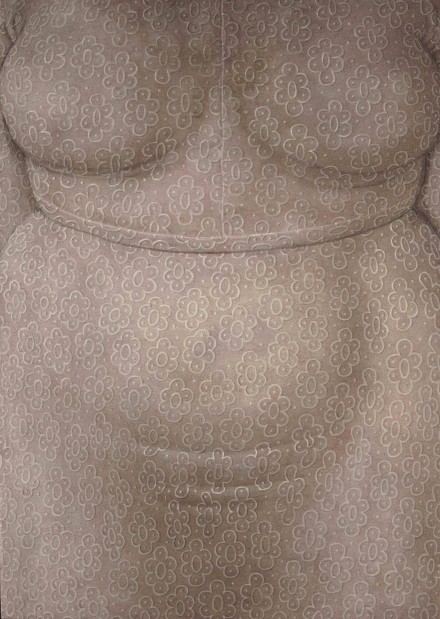 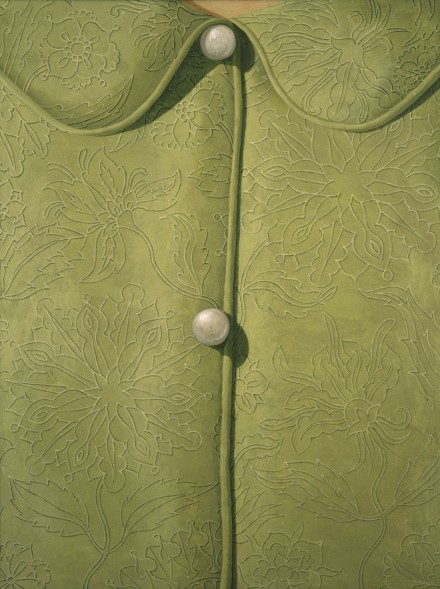 Also on display is a set of works by Gnoli titled What Is A Monster?, in which the artist performed a rare commission and created several bizarre caricatures of fish and animals on carton. In these works a snail resides lazily on a sofa, a woman’s face can be seen on a sole fish in a bathtub, and an ostrich bumps along in the backseat of an old automobile. The images can be seen as fantastical, natural representations of the human soul – or as animals in unusual places. Comedic in their grotesqueness, beautiful in their detail, the series (and exhibition) is a success. 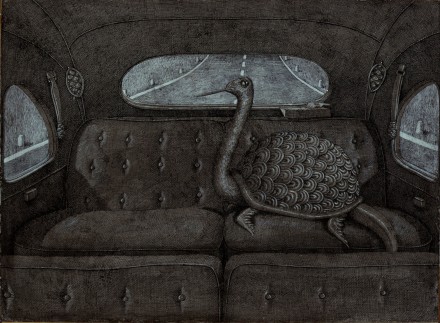 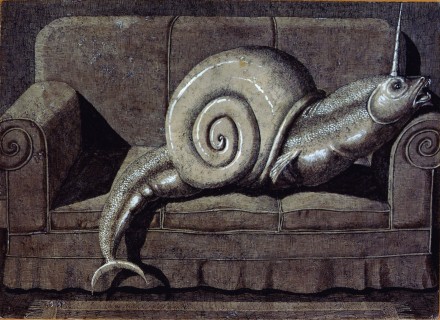 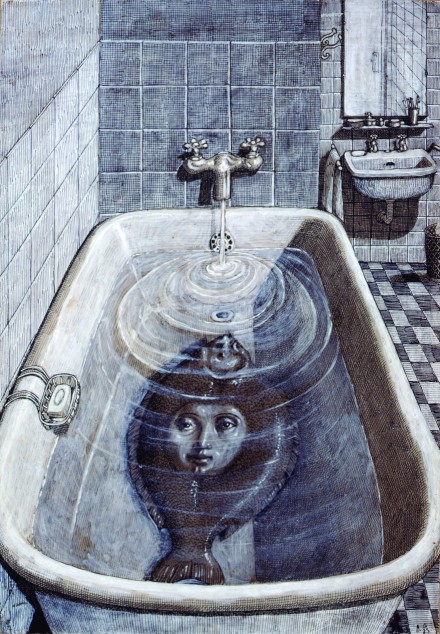 Domenico Gnoli, What is a Monster? Woman Sole in Bath Tub (1967)

This entry was posted on Tuesday, June 19th, 2012 at 11:14 am and is filed under Art News. You can follow any responses to this entry through the RSS 2.0 feed. You can leave a response, or trackback from your own site.