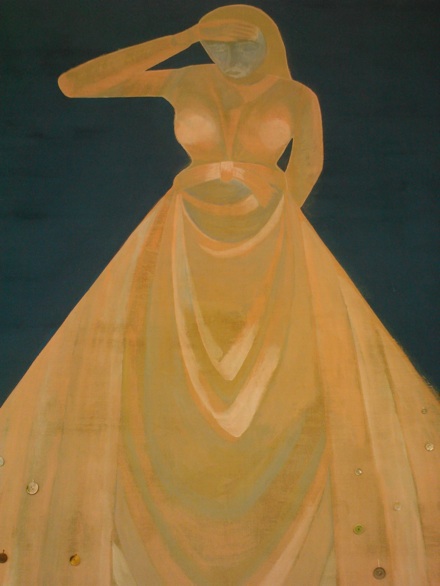 Francesco Clemente, The Artificial Princess (2012). All photos by Ryann Donnelly taken on site for Art Observed 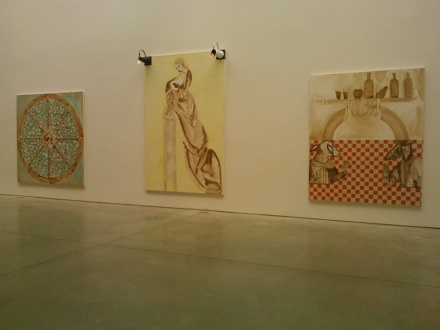 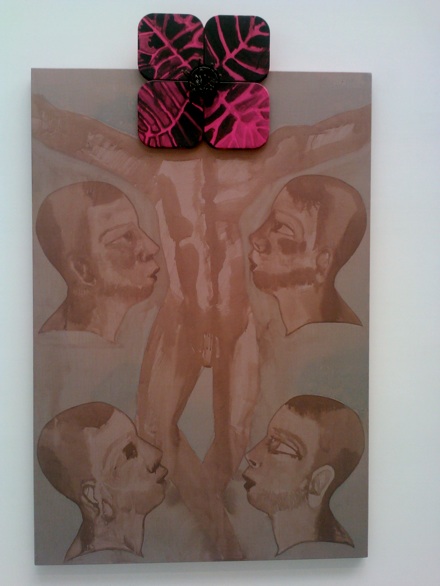 The figures of Nostalgia/Utopia convolute imagination, consciousness, experience, and spirituality. Though seemingly familiar and aesthetically comparable to icons of worship,  Clemente obscures place and time in the individual works, as well as across the series. 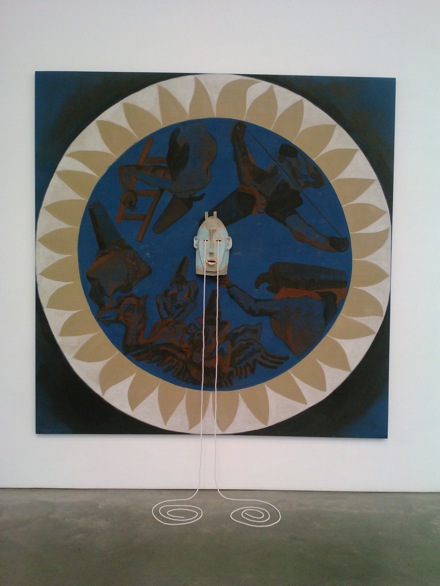 The works share a palette of azur and sapphire blues, warm rose and peach, and other muted desert hues conjuring an emotive affect comparable to Rothko’s deeply saturated color fields. The objects affixed to his cavases range from pearl strands that descend to the concrete floor, a centered African mask, to empty metal water jugs that pour from atop a female figure who’s brown robes hint at a rough Cezanne landscape 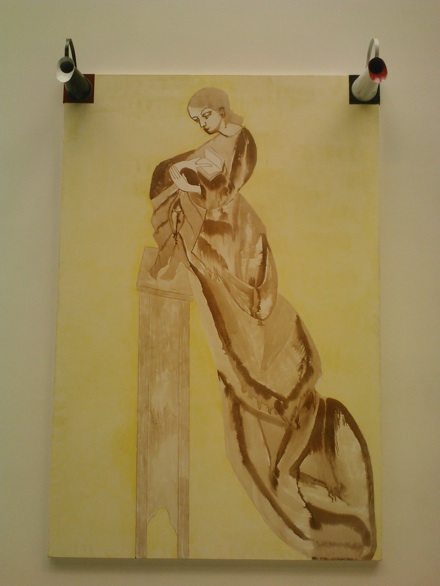 Another new series of eighteen gouache and sanguine drawings are included in a small room at the back of the exhibition. Here, Clemente has documented the ideas which inspired the later execution of his larger work. 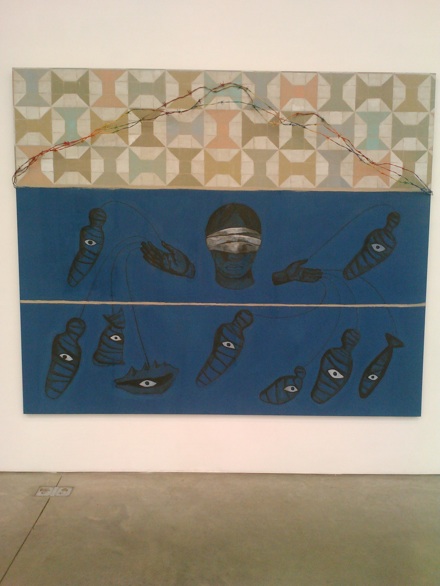 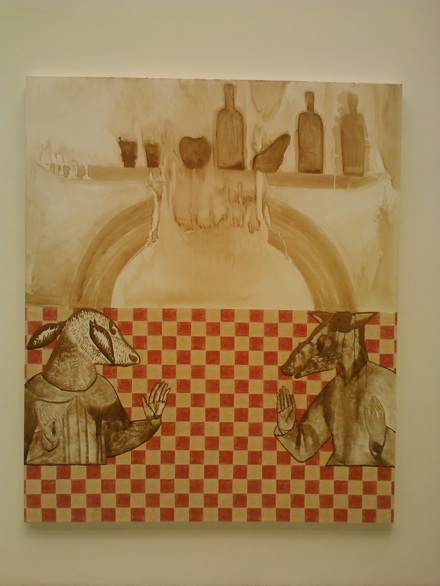 This entry was posted on Friday, June 22nd, 2012 at 7:14 pm and is filed under Art News. You can follow any responses to this entry through the RSS 2.0 feed. You can leave a response, or trackback from your own site.