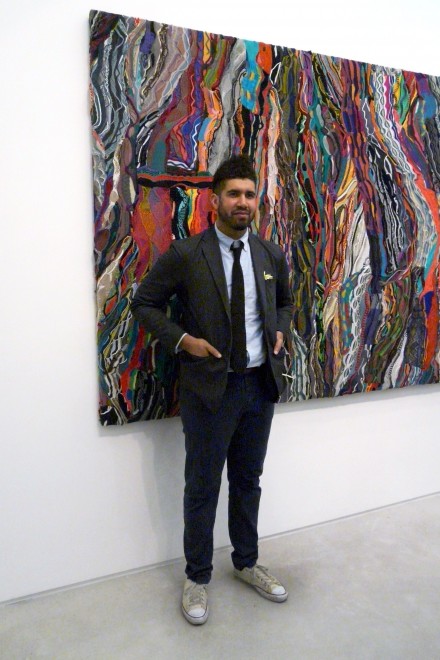 All photos taken on site by Anna Corrigan for Art Observed.

Jayson Musson is laughing at us.  Since his first three-minute video was recorded over two years ago, Musson has been offering well-founded criticism of artists and the art world through the caricature of Hennessy Youngman on his Youtube channel. In an explanation of “How to be an Artist”, his alter ego Hennessy Youngman explains the fool-proof formula for artistic success: “be white and be ambiguous”. 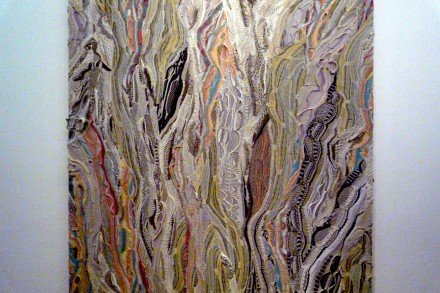 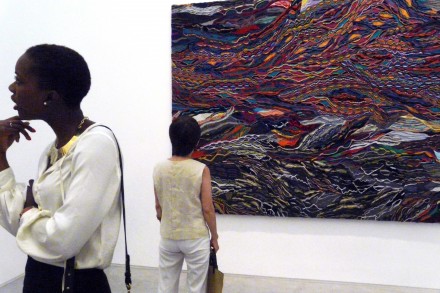 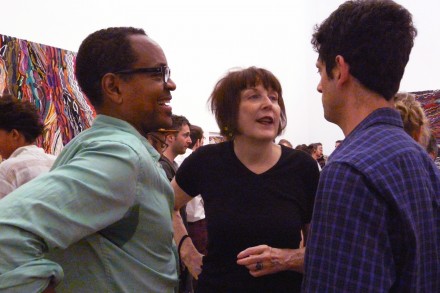 His viral success has not stifled Musson’s material productivity. The smart and lucid commentary of Hennessey Youngman is evident in his show “Halcyon Days” at Salon 94 through August 17. Musson, emanating a distinctly less provocative (but equally sophisticated) attitude than his Youtube persona, has crafted a notable collection of work modeled after the Coogi brand. To Musson, these thick colorful sweaters, immortalized by Bill Cosby and the Notorious B.I.G., symbolize nostalgic tokens of black popular culture of the 1980s and 90s. Musson’s sharp criticism of the social friction within the art world is alive in the selected material. The racial and political positioning of the Coogi brand seems a clear extension of Musson’s grasp on a world that at best resembles a farce, and at worst proves violently superficial.   Though the opening lacked the street party atmosphere of his opening at Family Business, it was lively nonetheless, and in attendance were critic Jerry Saltz, art media figure Glenn O’Brian and Gagosian gallerist Sam Orlofsky.  Post opening the exhibition has gathered a healthy amount of press (see links below) with the art criticism site Art Fag City calling out the website Gallerist on what it felt was a two dimensional perspective on the artist. 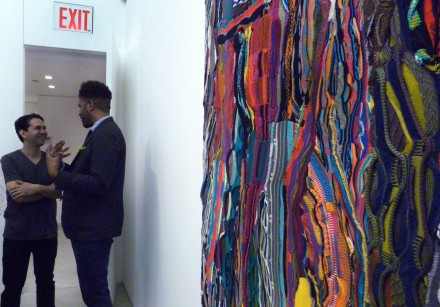 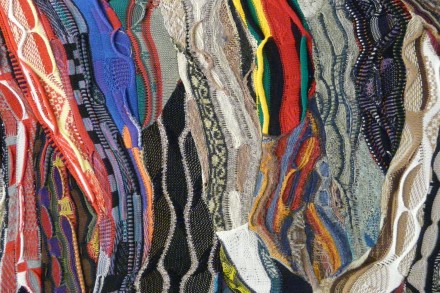 The manifestation of these multiple political planes is simple and satisfying. Though it is easy to become transfixed with the detail within the woven layers of this large-scale work, the painterly composition and movement of each piece is only truly delivered when observed from farther back. There is a multiplicity of narrative within this work. 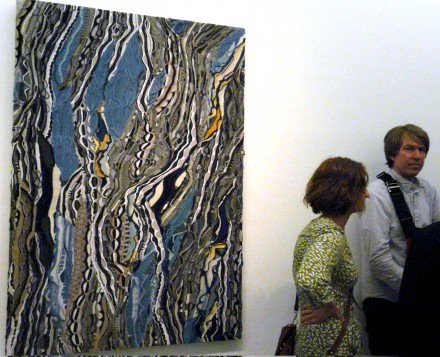 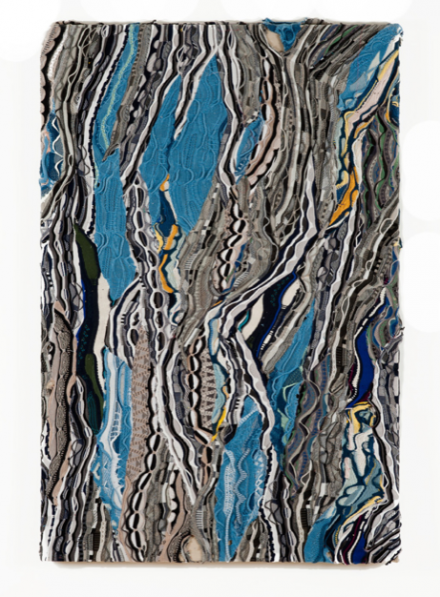 Last Spring, Musson made his art debut in New York with a group show with Postmasters Gallery in Chelsea and followed up with a curated exhibition at Family Business, Maurizio Cattelan’s new gallery location. Expanding beyond his performances as Hennessy Youngman, Musson has participated in several lectures including “To Catch A Millennial” at the Museum of Contemporary Art in Chicago last September. 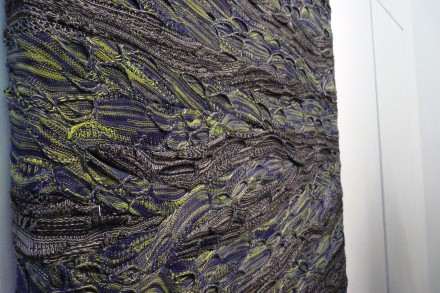 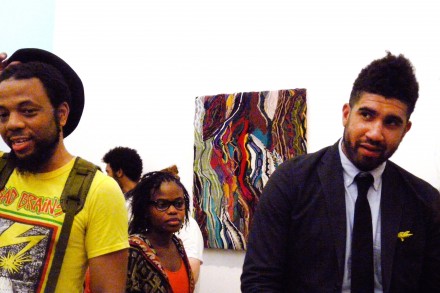 This entry was posted on Sunday, July 15th, 2012 at 11:28 pm and is filed under AO On Site. You can follow any responses to this entry through the RSS 2.0 feed. You can leave a response, or trackback from your own site.

One Response to “AO On Site – New York: Jayson Musson aka Hennesy Youngman at Salon 94 through August 17, 2012”