AO On Site: Tomás Saraceno’s Cloud City on the roof of the Metropolitan Museum of Art 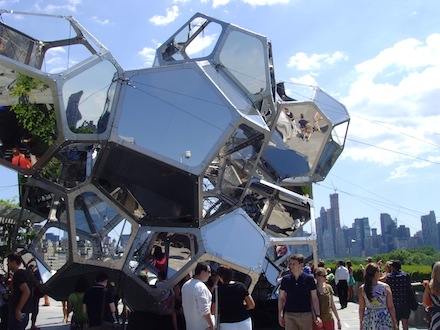 All photographs taken by Lisa Marsova for Art Observed

For the past two months, the Metropolitan Museum of Art has housed a sizeable abstract installation by Argentinian artist Tomás Saraceno on its rooftop terrace.  The structure, titled “Cloud City”, is Saraceno’s first site-specific commission in the United States.  With a production spanning only the past decade, Saraceno is a relative newcomer to the art world, but his interdisciplinary investigations in environment have already generated wide attention.  As a complex fusion of architecture, geometry, and the cosmos, “Cloud City” is a continuation in Saraceno’s study of the overlay of art and science. 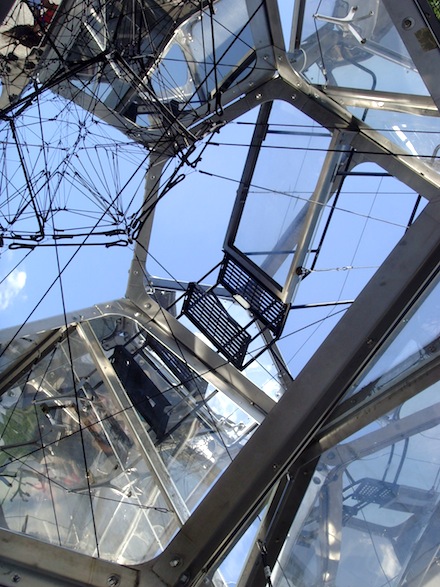 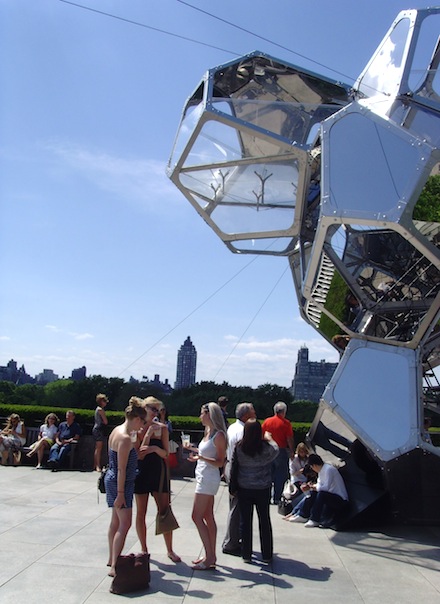 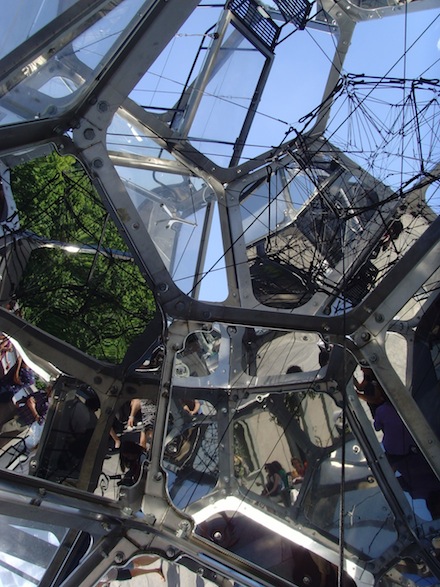 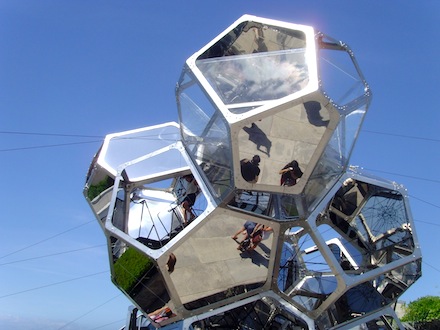 Physically, the installation spans a great 54 feet in length, 29 in width, and stands 28 feet tall.  16 irregular glass shapes linked at steel edges and joints build the dome-like body, while their reflective surfaces provide alternating views of the surrounding city.  Visitors who wish to experience yet another perspective are able to climb up and through the structure on separate, timed tours. 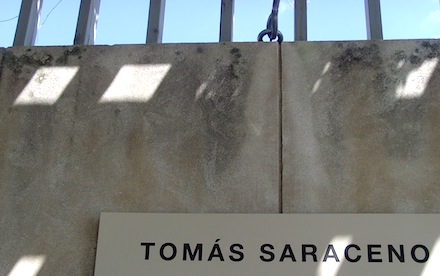 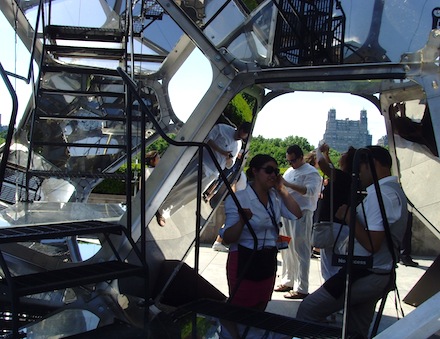 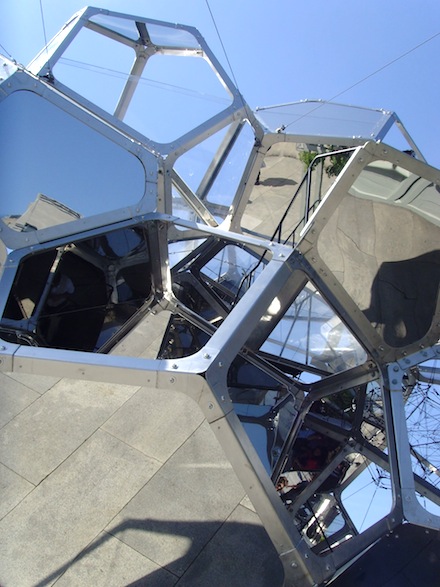 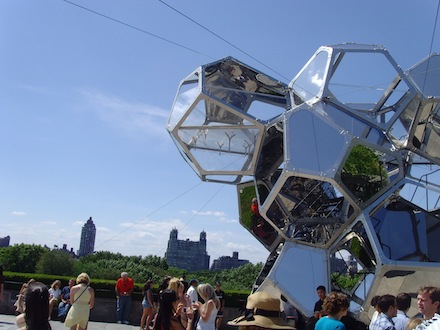 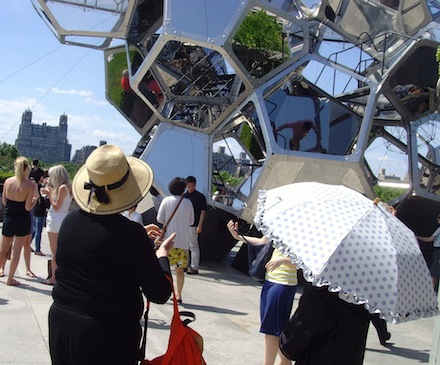 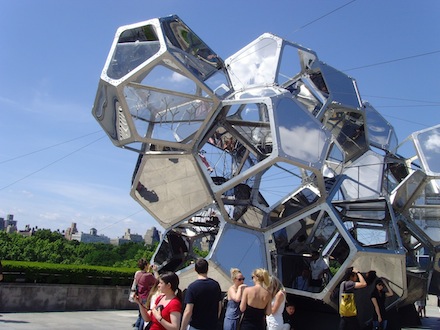 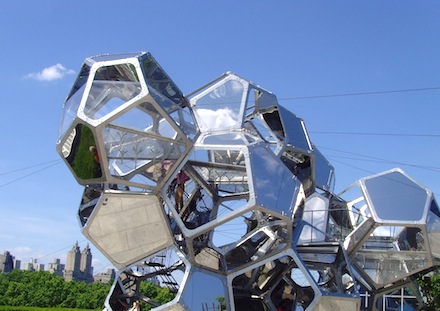 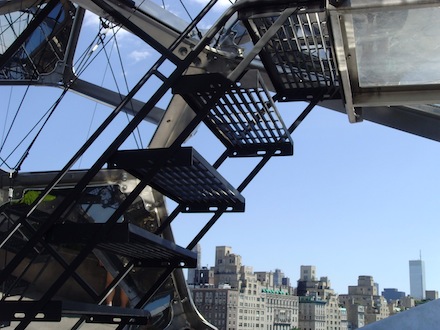 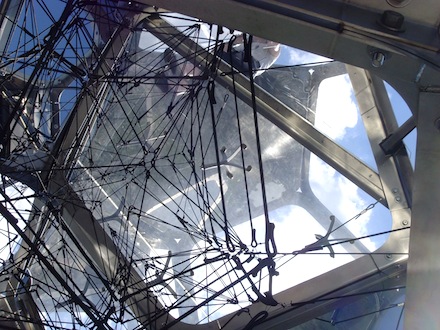 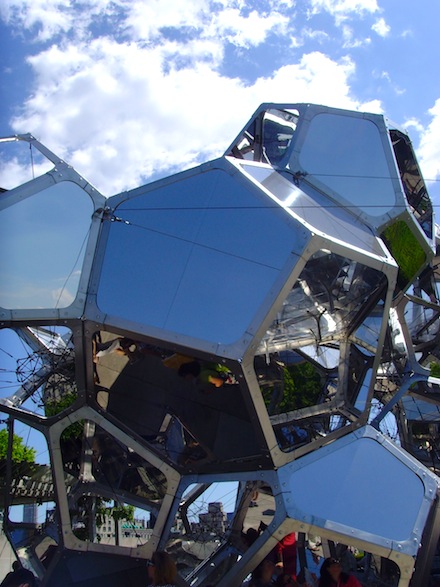 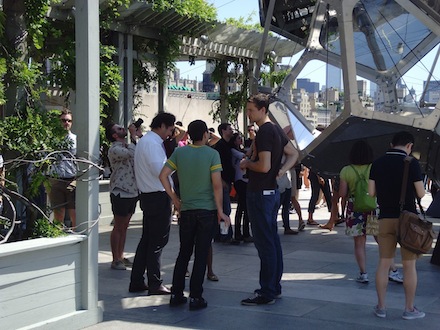 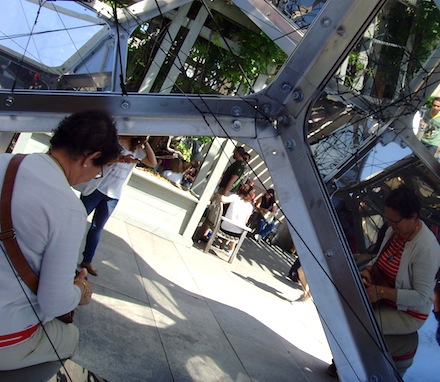 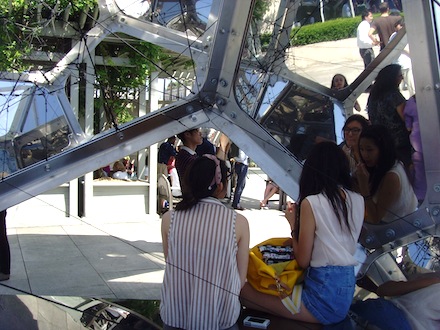 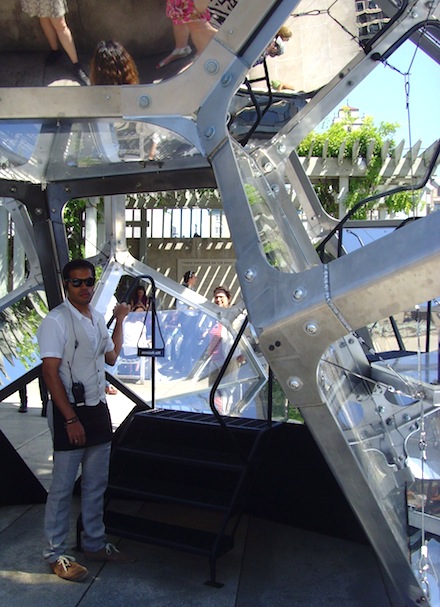 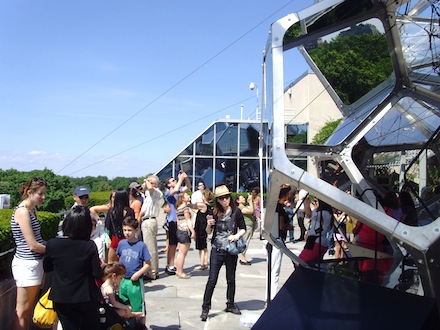 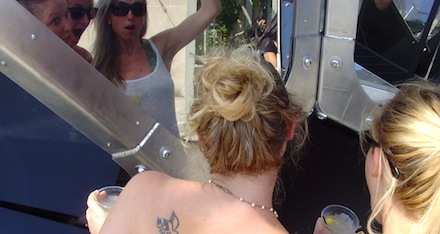 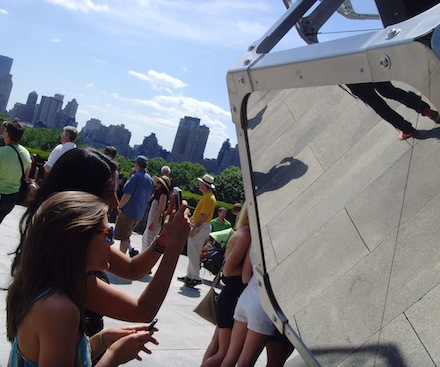 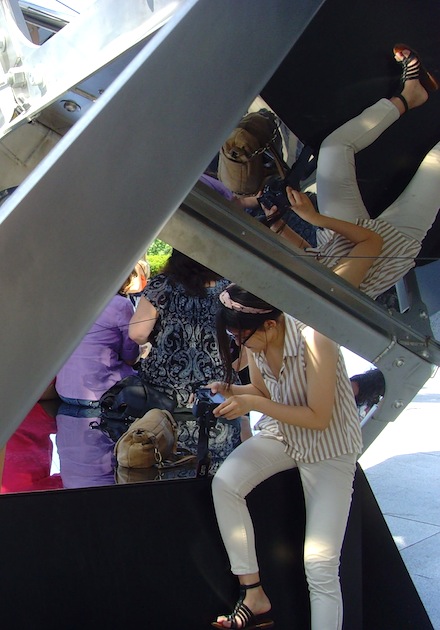 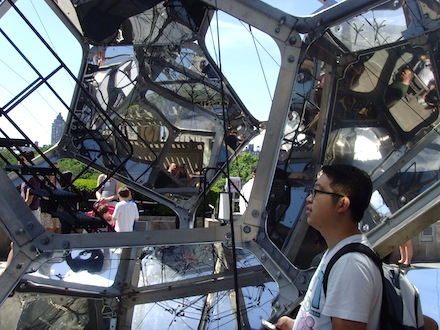 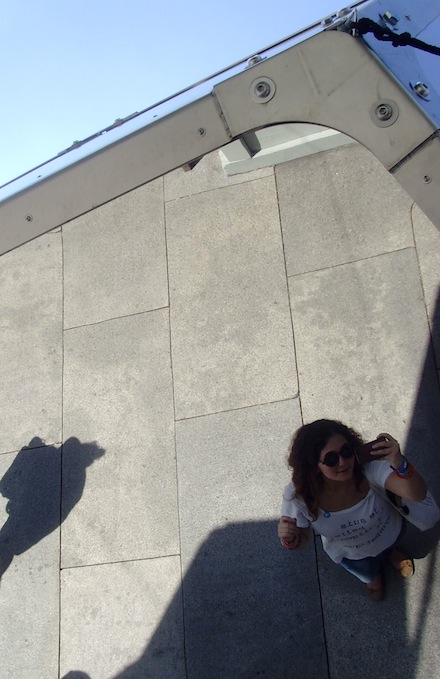 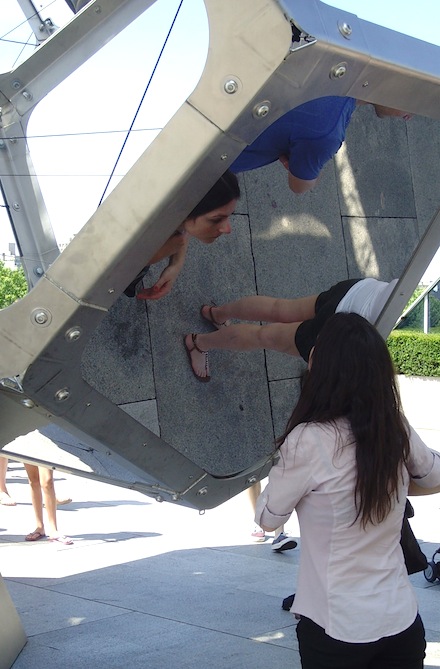 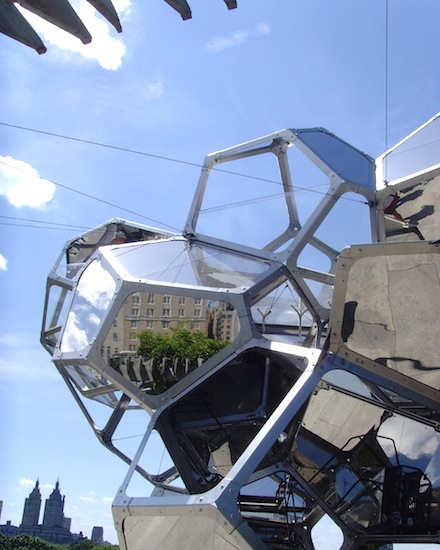 Saraceno’s sprawling steel structure will remain at the Met’s Iris and B. Gerald Cantor Roof Garden for viewing through November 4.

This entry was posted on Tuesday, July 24th, 2012 at 12:44 pm and is filed under AO On Site. You can follow any responses to this entry through the RSS 2.0 feed. You can leave a response, or trackback from your own site.

One Response to “AO On Site: Tomás Saraceno’s Cloud City on the roof of the Metropolitan Museum of Art”