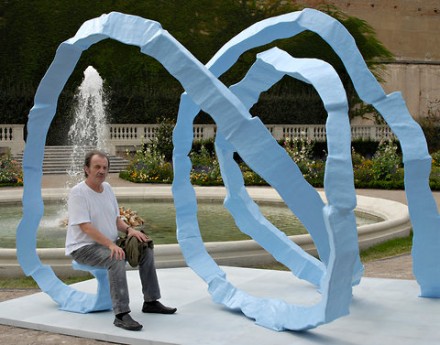 Franz West, the iconic Austrian sculptor who was known for bucking trends, has died at age 65. Mr. West resided in Vienna, and according to his family, had been enduring a long battle with liver disease when he finally succumbed on Wednesday. 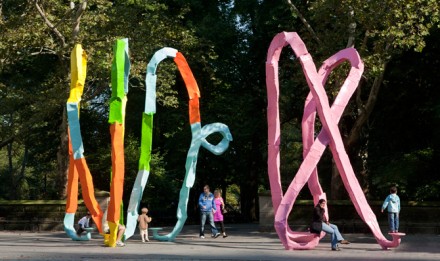 Mr. West’s career began as a student at the Academy of Fine Arts in Vienna. His early work was largely in response to the Viennese Actionists, whose performances were often filled with existential terror and intensity. Mr. West, on the other hand, chose a lighter and more ambivalent voice. He frequently worked in unusual materials, such as papier-mache, and loved to riff on anything that was taken too seriously, such as high-end furniture. As humorous and light-hearted as he managed to be, his body of work made serious contributions to the now-popular conventions of relational aesthetics and bricolage and helped to establish both as important contemporary trends. 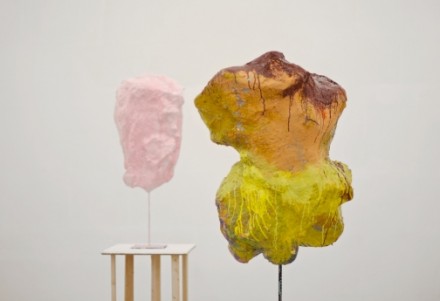 His work was often not just to be seen, but felt.  His first period of major attention followed his series of “Adapatives” – white plaster works which were made to be worn or held by the viewer. In the 1990’s, he turned to making large, interactive, monochromatic steel works which were full of texture and could be leaned against or sat upon, upending traditional notions of public display. He was awarded the Golden Lion during the 2011 Venice Biennale for his life’s work.

This entry was posted on Thursday, July 26th, 2012 at 4:12 pm and is filed under Art News. You can follow any responses to this entry through the RSS 2.0 feed. You can leave a response, or trackback from your own site.