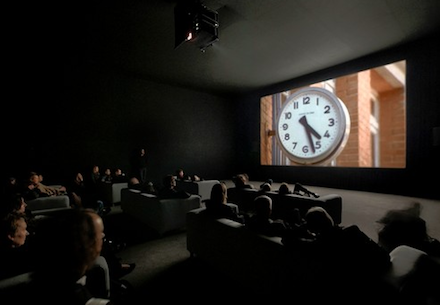 Christian Marclay‘s ‘The Clock’ has returned to New York for viewing at the David Rubenstein Atrium in Lincoln Center. The 24-hour art video is a compilation of thousands of clips from all periods of cinema. With no beginning or end, the film incorporates short clips that correspond precisely to the time when the visitor is viewing the film. Every shot features either an image of a timepiece or a discussion about the time of the day. 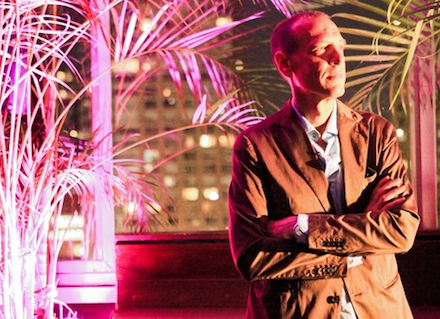 Marclay describes the sensation of time as an element that is kept track of, but lost at the same time: “as a viewer, you make your choices. It starts whenever you come in. You’re constantly being told what time it is and how long you’ve been watching, but still you get lost in it.” Popularly keyed “memento mori,” the film adds a layer of suspense as it creates an array of interweaving stories between many clips.

The Swiss video and sound artist and his team spent three years surveying videos to include material spanning from silent films to contemporary movies, including their own original soundscape. 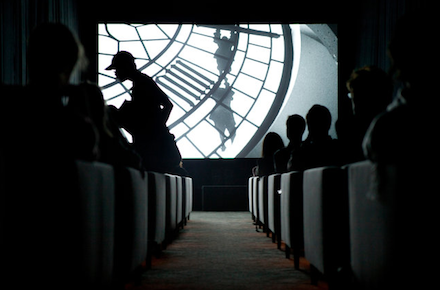 The film was first shown at the Paula Cooper Gallery in 2011, receiving an overwhelmingly positive response from the public with 12,000 visitors. A recipient of the Gold Lion prize at the Venice Biennale, ‘The Clock,’ then traveled to the Museum of Fine Arts in Boston, the Museum of Contemporary Art in Sydney, the Centre Pompidou in Paris, and the Hayward Gallery at London’s Southbank Centre. It will make its permanent home at the MoMA.

The artist stated that: “I love New York. It is the ultimate city for ‘The Clock.’ We never stop and we run out of time all of the time.” 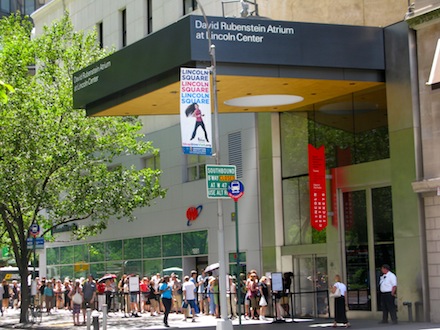 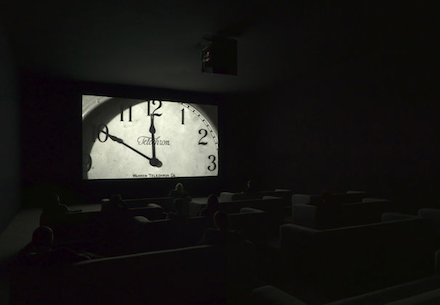 ‘The Clock’ will be open to the public until August 1st. Attendance is free and runs on a first-come, first-serve basis, allowing 96 viewers at a time.

This entry was posted on Monday, July 30th, 2012 at 10:00 am and is filed under AO On Site. You can follow any responses to this entry through the RSS 2.0 feed. You can leave a response, or trackback from your own site.