New York – Gardar Eide Einarsson: “Sorry If I Got It Wrong, But Something Definitely Isn’t Right” at Team Gallery through July 27th, 2012 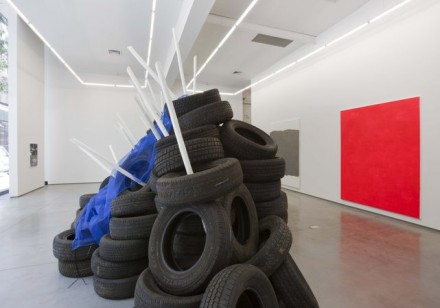 Gardar Eide Einarsson – Sorry If I Got It Wrong, But Something Definitely Isn’t Right (Gallery View)

Currently on view at the Team Gallery’s space on Grand Street New York City is an exhibition of new work by Gardar Eide Einarsson, showcasing the Norwegian’s multidisciplinary scope, and confrontational approach to exhibition.  In this most recent show, Sorry If I Got It Wrong, But Something Definitely Isn’t Right, the artist explores the intricately connected systems of political dissent currently at play on the global stage. 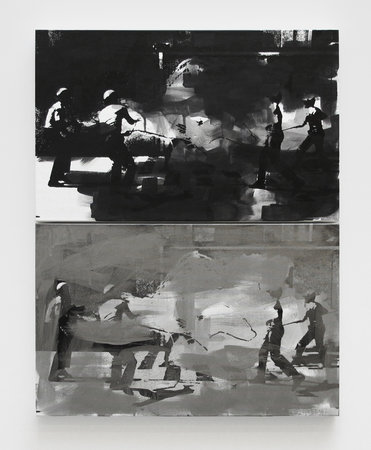 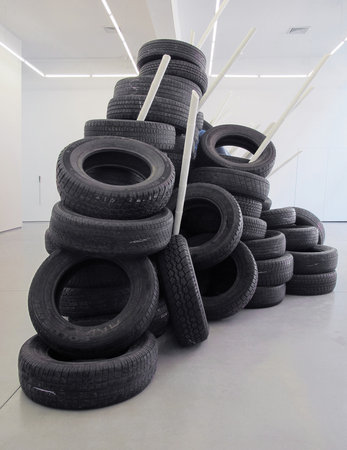 In the center of the gallery, occupying the majority of its floor space, stands Big Barricade (New York City), a veritable wall of tires, covered with sharp sticks and netting, and referencing the populist barricade walls erected in Bangkok, Thailand during the anti-government riots of 2010.  However, the tires here are locally sourced, creating a subtle link between the Thai protests and political tensions currently playing out on American soil, while underlining the stark differences between the cultures. 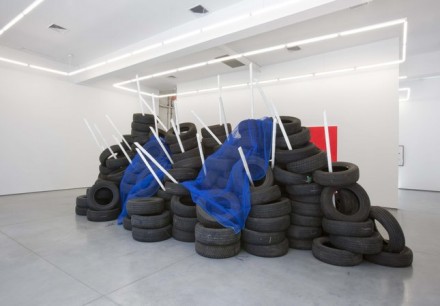 Einarsson has already created a number of these sculptures across the globe in Stockholm, Los Angeles and Basel, all with locally sourced tires, creating a series of pieces built from local materials but unified in their idealistic scope; a potent metaphor. 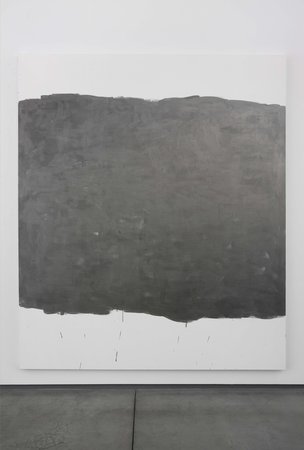 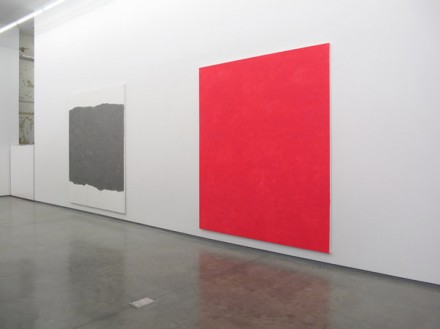 Gardar Eide Einarsson – Sorry If I Got It Wrong, But Something Definitely Isn’t Right (Gallery View)

Alongside Big Barricade (New York City), Einarsson also includes a number of works that vary in their cohesion with the central work, creating an atmosphere of occasional dissonance and confusion.  By leaving the environment with a selection of unfocused themes, Einarsson challenges the viewers draw their own conclusions, and to explore the works both as individual states and as part of an elusively cohesive whole. 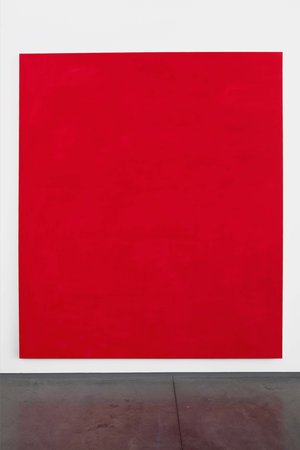 This entry was posted on Friday, July 27th, 2012 at 8:45 am and is filed under Art News. You can follow any responses to this entry through the RSS 2.0 feed. You can leave a response, or trackback from your own site.