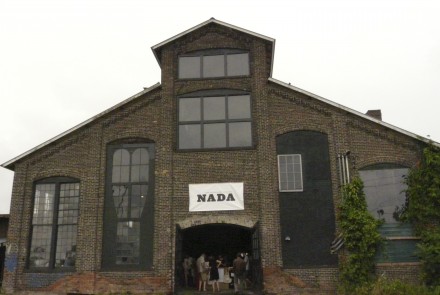 The New Art Dealers Alliance non-art fair art fair took place this past weekend in Hudson, New York. 48 galleries were represented by a single piece chosen to feature in the show. 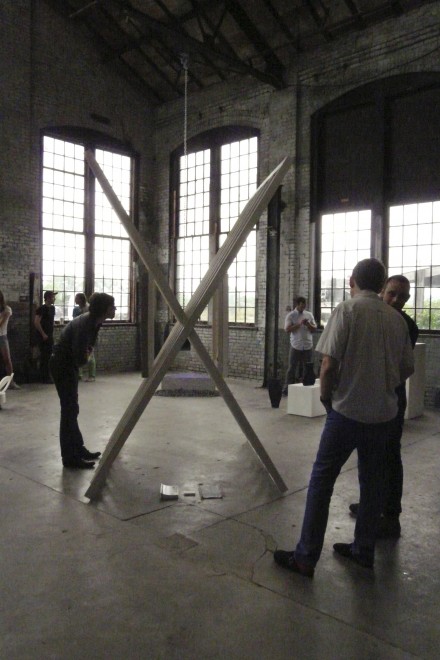 The Basilica (a spacious warehouse which contained the occasion) has a short but inspiring history. Under threat some years ago of being transformed into a massive cement factory, the warehouse was taken over by The Friends of The Hudson Foundation, and is in its second full year of hosting art exhibitions and festivals. This rescued factory and the adjacent city have caught their stride in the art world. Buzzing with the lingering pulse of Hudson River School and recently pronounced the home of the Marina Abramovic Institute for the Preservation of Performance Art, Hudson promises to be an important site of artistic production in coming years. 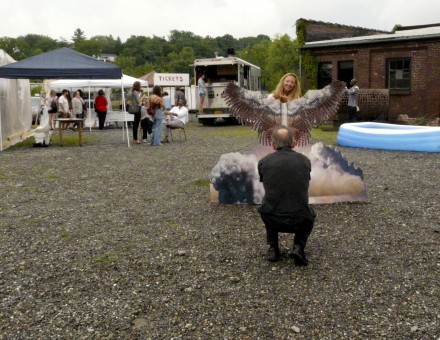 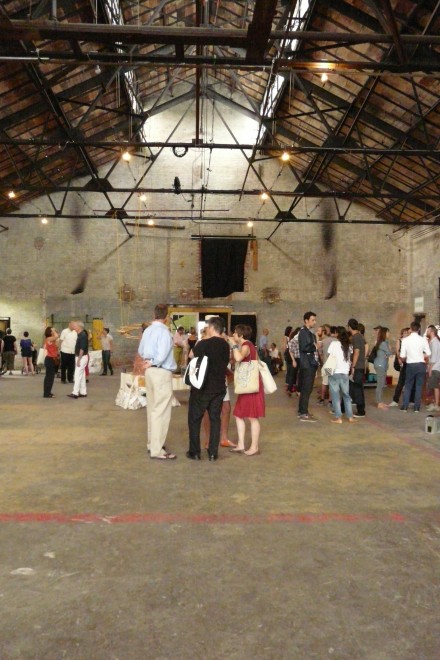 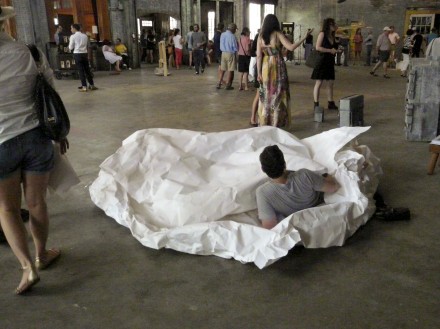 This festival, organized by the New Art Dealers Alliance, is defined as strictly non-commercial and thus refuses the label of art fair. However, all work was priced, and many pieces were sold over the course of the weekend. This so-called “site-specific project” seems to refocus on the collective art show as a whimsical patchwork of voices, rather than a sales-based event. The couches and food vendors scattered around the space encouraged all-day lingering. The festival drew crowds from New York City as well as surrounding areas, and children and dogs alike were in high attendance.  Though there are few concrete examples to point to that distinguish this event from an art fair, the atmosphere was certainly more festive and inviting than driven by monetary exchange. 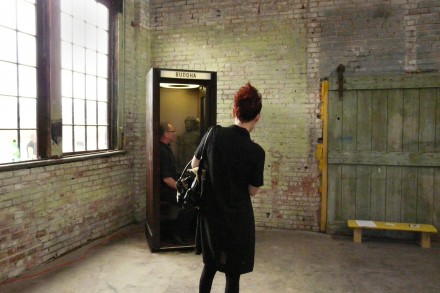 Installation, film, and sculptural pieces were dispersed throughout the interior and exterior yard of The Basilica. As is bound to happen in a space lacking much clear partition, the various works bled into each other and interact within the physical space. The large rooms contained the number of works comfortably, but offered no clear boundaries or distinction between where one artist’s space began and the another’s ended. 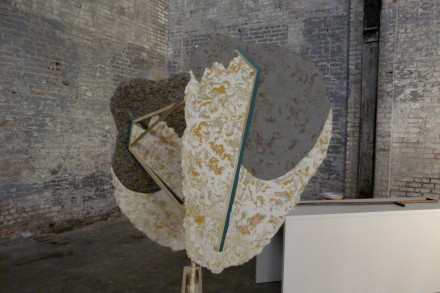 Stand-out pieces include “Flood” by Anton Ginzberg for the Braverman Gallery in Tel Aviv, Elana Herzog’s “Untitled (Spiral)” for LMAK Projects in New York, and Christian Maychack’s “Double Flat #1″ for the Jeff Bailey Gallery in New York. These works all respond gracefully to the warehouse environment, reflecting and engaging the rustic texture of Hudson and The Basilica.

Anton Ginzburg and his piece, Flood. 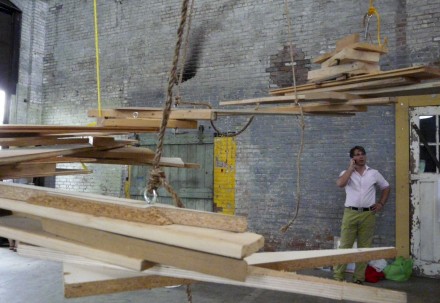 This entry was posted on Thursday, August 2nd, 2012 at 12:06 pm and is filed under AO On Site. You can follow any responses to this entry through the RSS 2.0 feed. You can leave a response, or trackback from your own site.