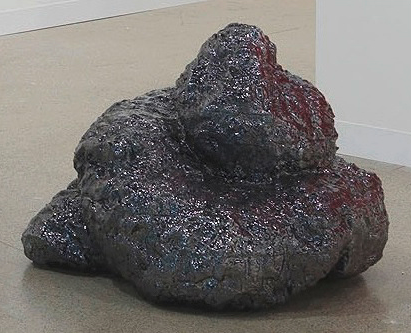 Continuing in their six year mission to bring noteworthy contemporary art to the Hamptons, The Fireplace Project has opened its doors to New York gallerist and curator Michele Maccarone.   Focusing on a crop of New Yorkers, Maccarone has included works by Nate Lowman, Piotr Urlanski, Rob Pruitt and Dan Colen.  Titled “Holy Crap,” the show examines each artist’s practice of using scrap, detritus and trash in their work. 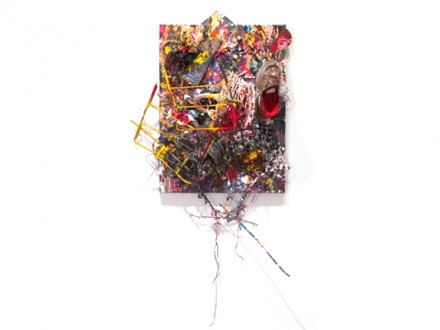 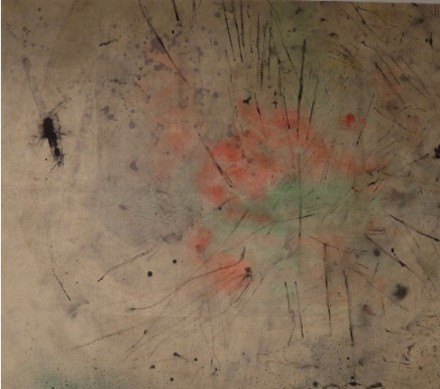 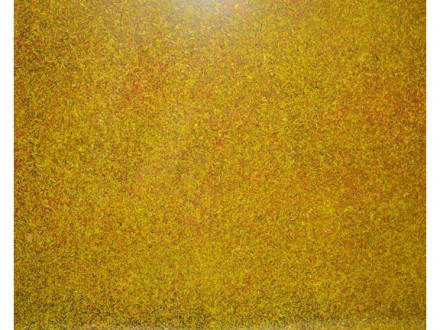 The pieces exhibited illuminate a number of diverse approaches, from Colen’s hyper-loaded found object collage, to Lowman’s oil paintings smeared with grime, to Urlanski’s pencil shavings encased a gilded frame.  Sitting at a nexus of cultural and physical appropriation, the recycled elements of each work add a tangibly organic aura to their compositions, and are equally transformed: a new economic and artistic value added by their inclusion in the work.  At their best, these works create new dialogues on the artist as a dictator of value.  Particularly humorous is Pruitt’s piece Holy Crap, an enormous piece of fecal matter made of remolded and painted styrofoam.  Directly addressing its inherent nature as refuse, Pruitt saves a massive hunk of non-biodegradable matter from the garbage dump, and brings it to the forefront of the viewer’s attention. 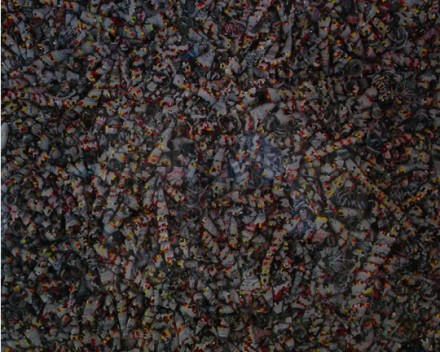 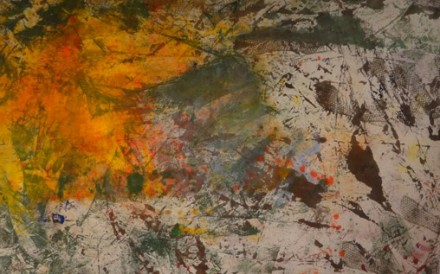 On August 18th and 19th, Pruitt took this exercise to the next level, hosting a “flea market” with a number of his personal affects for sale. A continuation of earlier and much larger flea markets that Pruitt has hosted in Paris and London, this particular sale marked the first time where his own belongings were available for purchase. 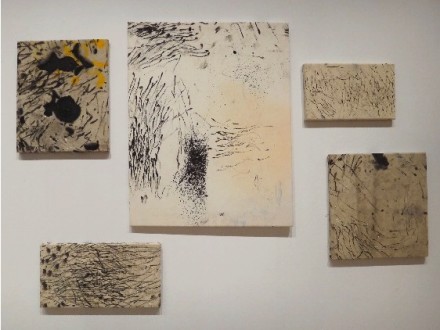 Nate Lowman – Dirt Off Your Shoulders (2012), The Fireplace Project

“Holy Crap” is on view until September 17th.

This entry was posted on Tuesday, August 21st, 2012 at 2:18 am and is filed under Art News. You can follow any responses to this entry through the RSS 2.0 feed. You can leave a response, or trackback from your own site.