New York – John Chamberlain: Sculptures in the plaza of the Seagram Building, presented by Gagosian Gallery, through November 16th, 2012 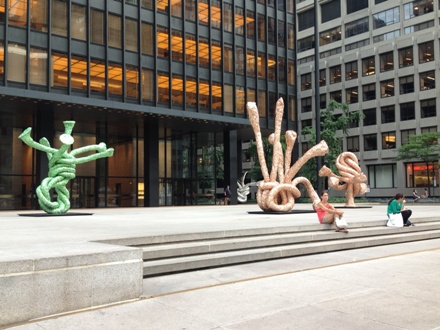 John Chamberlain displayed in the Seagram Bulding’s Plaza, all photos by Maya Steward

In the mid-1970’s, John Chamberlain took a little-known detour from his practice of employing automobile scrap-metal in his large-scale sculptures. Though still working within the same medium, he did so on a domestic level, manipulating household aluminum foil to craft sculptures fractions the size of his well-known work. Thirty years later, Chamberlain recreated these diminutive pieces, vitalizing their erratic biomorphic forms on a magnificent scale in industrial aluminum.  Four of these totems are currently on view in the Seagram Building’s Park Avenue Plaza. 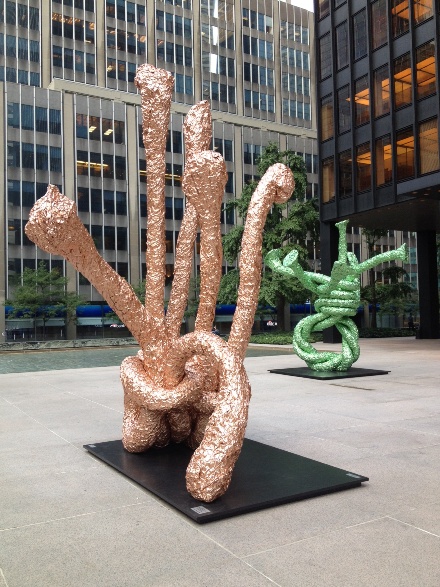 Reaching 15 feet in height, the monuments are uniformly constructed of silver, green, and copper colored aluminum. Evocative of ropes, musical instruments, or under-sea creatures, Chamberlain managed to preserve the lightness and ease with which he originally created the miniatures. Though significant, the sinewy loops and curves appear as though they were hand draped, that the passerby could manipulate them just as easily by giving a pull or a tug. 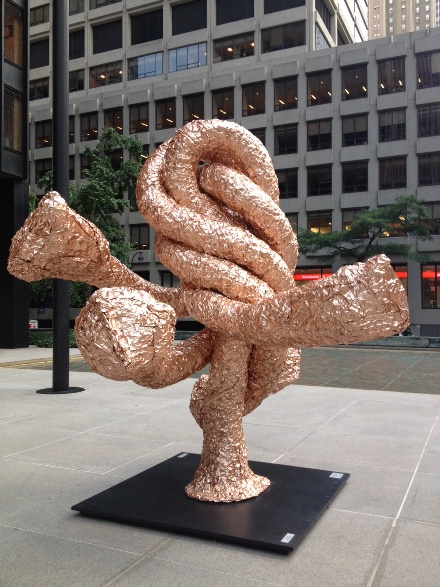 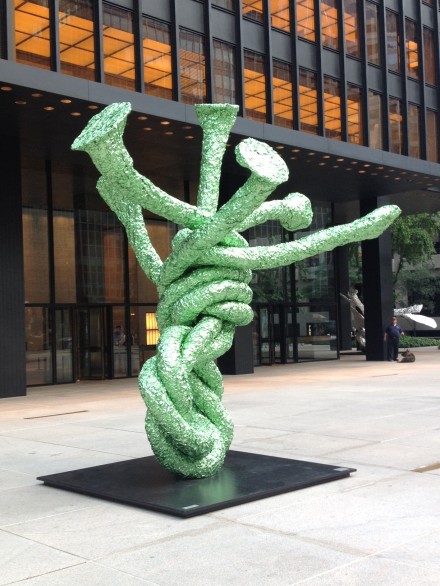 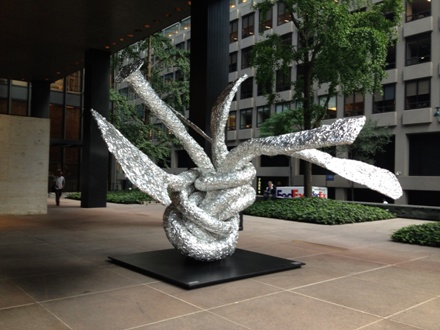 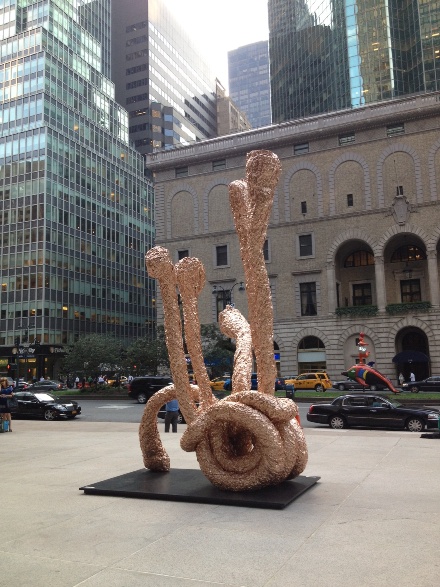 The Seagram Building’s sharp lines and stark modernism successfully play foil to Chamberlain’s organic forms. So much so, that this is the second time the building has hosted Chamberlain’s work . In 1984, Chamberlain’s “American Tableau” was showcased in the plaza. 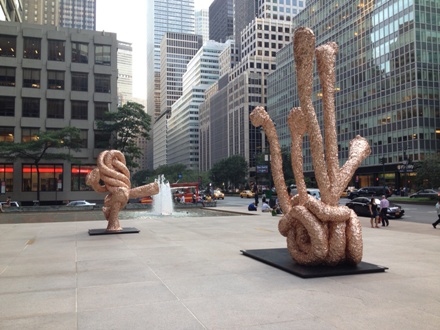 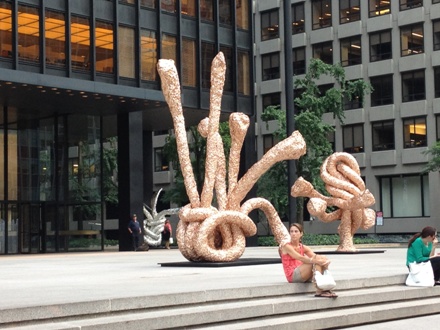 This entry was posted on Monday, August 27th, 2012 at 12:05 am and is filed under Art News. You can follow any responses to this entry through the RSS 2.0 feed. You can leave a response, or trackback from your own site.

One Response to “New York – John Chamberlain: Sculptures in the plaza of the Seagram Building, presented by Gagosian Gallery, through November 16th, 2012”