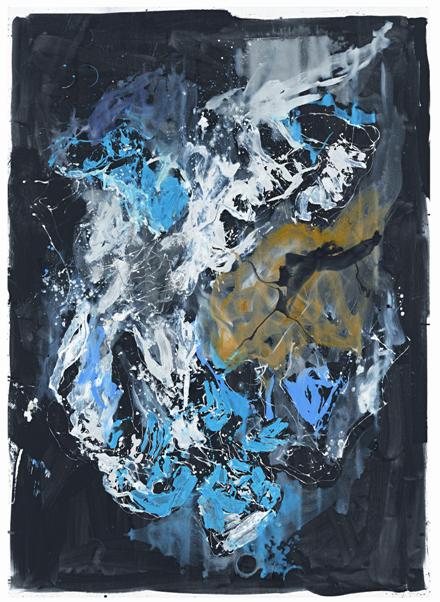 A new series of paintings by Georg Baselitz is on view at Galerie Thaddaeus Ropac in Salzburg through August 30. In Das Negativ, Baselitz paints from photographic negatives, resulting in a necessarily dark palette, with subjects obscured in their reversed portrayals– a step beyond the artist’s usual practice of painting his figures upside down. Though essentially painted from life, Baselitz subverts any realistic elements with his intense gentural abstraction, and tenebrous palette. 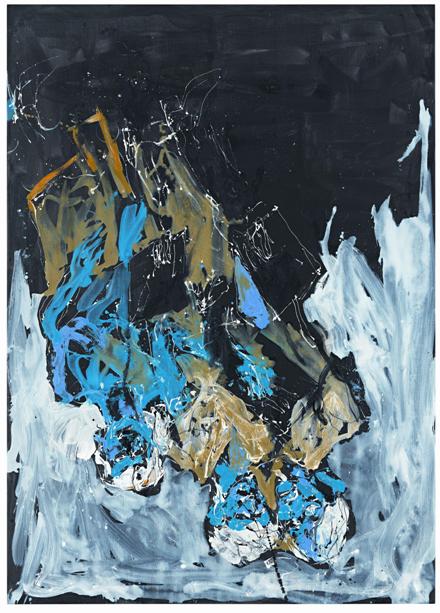 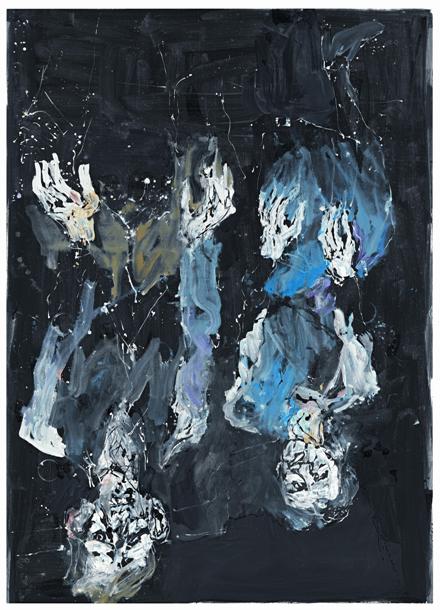 The show includes 25 works which have been grouped into three themes. All are united by a sense of homage on the part of Baselitz. German painter Otto Dix serves as the inspiration for one series, which references Portrait of my Parents, painted by Dix in 1924. In these, Baselitz has included the faces of his own parents, with grotesque limbs and faces. Another group of work references the forefathers of Baselitz’s neo-expressionist practice. Ernst Ludwig Kirchner, Karl Schmidt-Rottluff, Erich Heckel, and Edvard Munch transcend from artist to subject by way of their own legacy manifested onto canvas. The show’s press release emphasizes that this series reflects Baselitz paintings from the early 1960s, where Baselitz paints a unique environment to suit his theoretical subjects. 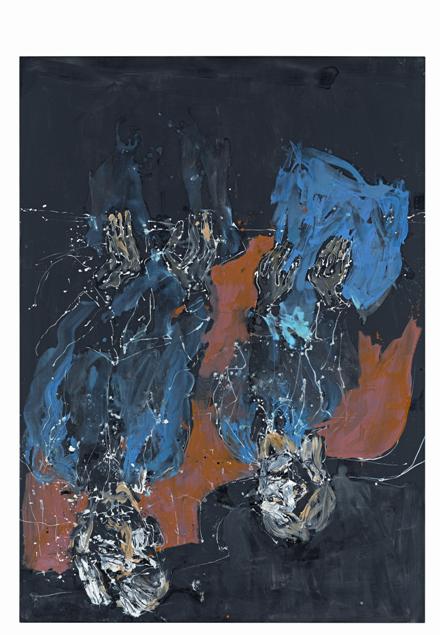 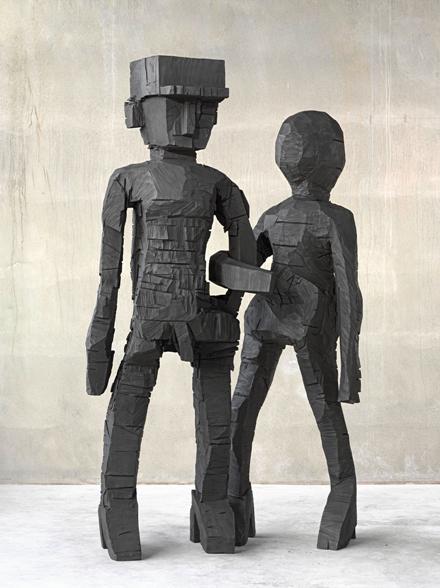 The last group refelcts upon one of Baselitz’s own series, The Russian Series, painted between 1998 and 2001.  In this series Baselitz reappropriates Socialist Realist works in the style of German Expressionism. The show also includes one sculpture entitled Sing Sang Zero (2011). The monumental work marries African sculpture with Baselitz’s expressionist modes, featuring two figures in black with arms interlaced. Das Negativ includes an expansive body of new works that use an explorative approach to tackle Baselitz’s own repetoire, and the artists that influenced him.

This entry was posted on Wednesday, August 22nd, 2012 at 12:53 am and is filed under Art News. You can follow any responses to this entry through the RSS 2.0 feed. You can leave a response, or trackback from your own site.