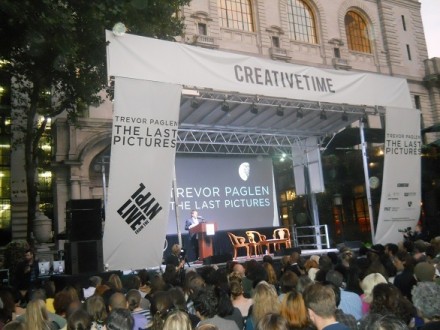 Trevor Paglen discussed his latest project, The Last Pictures, with filmmaker Werner Herzog on the Bryant Park terrace last night. The project, an ultra archival disc that has been micro-etched with 100 photographs and encased in gold, was commissioned and presented by Creative Time. Poet Tracy K. Smith introduced the dialogue with a reading of her work, and Creative Time Chief Curator, Nato Thompson, made introductory remarks. 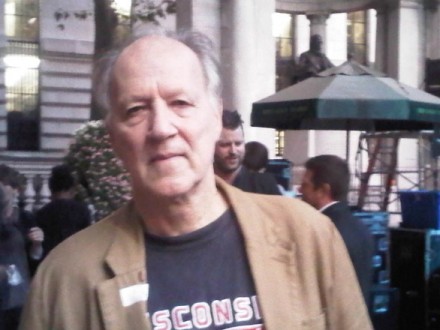 Paglen’s project is a culmination of five years of conversations with scientists, artists and philosophers to determine what would be the most important 100 photographs to send into the universe to be found and interpreted by another intelligent species. His work “blurs disciplinary and formal borders to construct unfamiliar ways to see and interpret the world around us”. 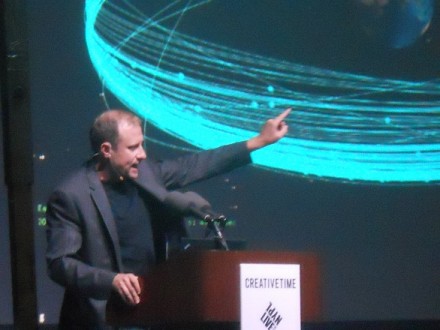 The two discussed various images and the idea of life on other planets, and how our existence and understanding relates to what we see and perceive. The discussion was moderated by Paul Holdengräber, the Director of LIVE from the NYPL.

Although they both agreed that humans will not ever be able to populate other planets successfully, they discussed the importance to humans to be able to imagine other life forms within the universe as a way of reflecting back upon ourselves and upon our own understanding, as opposed to the images serving some purpose to another life form. The idea of perceiving was at the core – Herzog’s film, The Flying Doctors of East Africa, where villagers in Uganda are given upside down posters and although they receive an explanation of the orientation, many cannot grasp that the same image can appear in both instances. The Western doctors are unable to perceive that this is due to the fact that people, whether in different cultures, or even from one generation to the next within the same culture, do not see the same things. In fact, as Paglen explains, the famous NASA image, View of rising Earth about five degrees above the Lunar horizon, taken by the Apollo 8 spacecraft (below), has become “iconic in the ecological movement. This is an image of us imagining ourselves being detached from the earth… but it is almost an anti-ecological image”, as we are essentially seeing Earth being left behind. 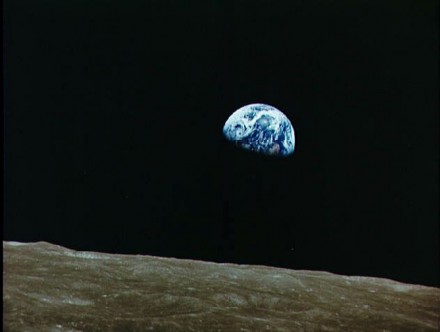 Image: View of rising Earth about five degrees above the Lunar horizon via Nasa

Paglen chose the images for various reasons – he said that it began as a sort of archive, with the decision not to include images of humans; however the project evolved “like a silent film or poem… so many of the images are related in theme and content but also in their formal relationship”. He was interested in transformations of earth’s surface, and found that there was a certain poetry in the selection of the images, comparing it to editing a film. 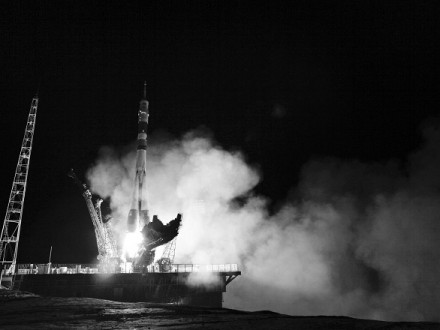 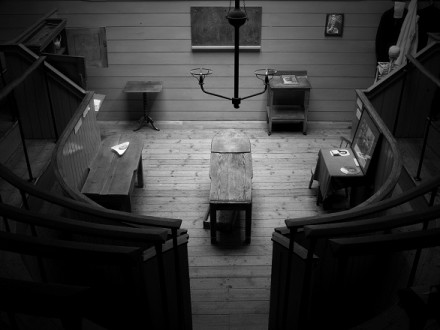 Paglen’s artifact will launch into geostationary orbit with the disc mounted to its anti-earth deck later this year. He has also published a book in conjunction with the project.

This entry was posted on Friday, September 21st, 2012 at 3:48 am and is filed under AO On Site, Art News. You can follow any responses to this entry through the RSS 2.0 feed. You can leave a response, or trackback from your own site.