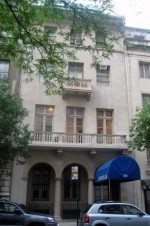 A new complaint in the lawsuit against Knoedler Gallery is being brought by Domenico De Sole, chairman of Tom Ford International, and his wife, Eleanore. The defendants are Michael Hammer (chairman of the former Knoedler Gallery), Ann Freedman (a former director), and Glafira Rosales and partners (Rosales was a dealer in Sands Point, Long Island who consigned artworks to Knoedler). The plaintiffs are one of 3 parties who claim that the gallery sold fakes. The combined total of the damages being sought by the 3 groups of plaintiffs in the suit is more than $70 million.

This entry was posted on Sunday, September 23rd, 2012 at 9:59 pm and is filed under Art News. You can follow any responses to this entry through the RSS 2.0 feed. You can leave a response, or trackback from your own site.