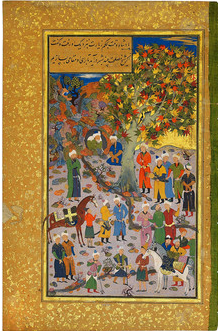 The Wall Street Journal writes on the subject of the market for Islamic art which has been growing in the past few years, coinciding with many museums around the globe opening new Islamic wings. Many experts believe that Islamic art has been undervalued, and that a collector could easily build a museum-level collection, way below its long term market value. Though sales are growing, totals have varied from year to year, the combined sales of Sotheby’s and Christie’s peaked at $78.9 million in 2011, but this past spring the auction houses only brought in $23.3 million. It is, however, an emotional market, states William Robinson, Christie’s international head of Islamic Art, “When things are going well, prices go way over the top estimate. Six months later, an identical object gets no response.”

Read the article via The Wall Street Journal

This entry was posted on Monday, September 3rd, 2012 at 6:30 pm and is filed under Art News. You can follow any responses to this entry through the RSS 2.0 feed. You can leave a response, or trackback from your own site.