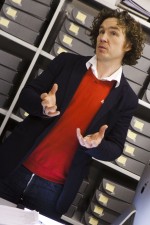 Michael Stanley (1975-2012), director of Modern Art Oxford, has died. He was recognized for having organized innovative exhibitions and partnerships with other cultural institutions such as Ashmolean, the Old Power Station and the Radcliffe Observatory; two of these shows catapulted artists to go on to win the Turner prize. He recently received critical acclaim for his exhibition of work by Jenny Saville.

Read more via The Art Newspaper

This entry was posted on Monday, September 24th, 2012 at 7:34 pm and is filed under Art News. You can follow any responses to this entry through the RSS 2.0 feed. You can leave a response, or trackback from your own site.