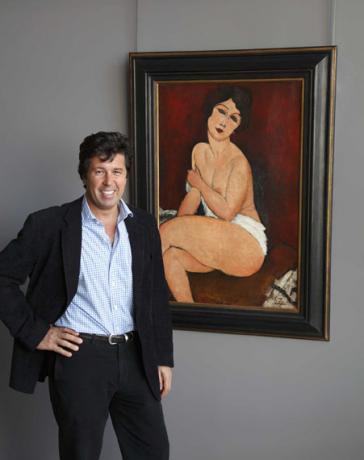 Top bosses from rival houses Christie’s and Sotheby’s may soon be joining forces in a “super-dealer” partnership. Stephane C. Connery, former worldwide director of Private sales at Sotheby’s, and Thomas Seydoux, erstwhile chairman of Impressionist and Modern Art at Christie’s, are likely to be partners in a firm Connery, Pissarro, Seydoux, and would ostensibly bring a wealth of connections in the art world to the organization, which would be based in Paris and New York.

This entry was posted on Friday, September 7th, 2012 at 12:39 pm and is filed under Art News. You can follow any responses to this entry through the RSS 2.0 feed. You can leave a response, or trackback from your own site.