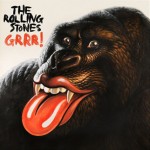 The Rolling Stones have chosen Walton Ford to illustrate the cover of their 50th anniversary album. Due to be released in November, the “GRRR!” cover takes John Pasche’s original lips and tongue logo as inspiration. The cover image is a version of Ford’s piece I Don’t Like to Look at Him, Jack. It Makes Me Think of that Awful Day on the Island, shown in 2011 at Paul Kasmin Gallery. Just as Warhol designed the 1971 Sticky Fingers and Peter Corriston created 1978’s Some Girls, the band continues a half-century old tradition.

This entry was posted on Sunday, September 16th, 2012 at 9:41 am and is filed under Art News. You can follow any responses to this entry through the RSS 2.0 feed. You can leave a response, or trackback from your own site.