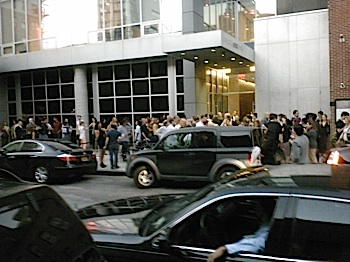 Stray Light Grey is a full gallery installation on view at Marlborough Chelsea by artist collaborators, Justin Lowe and Jonah Freeman. Equal parts creation and destruction, a series of rooms has been gutted and destroyed in order for the viewer to pass through a maze of the artists’ apocalyptic scenery. The torn walls, fluorescent horror-film lighting and the glut of strange objects such as crystals, antique dentist chairs and 1980s movie posters all make up the experience. 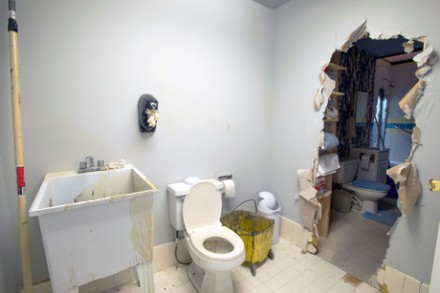 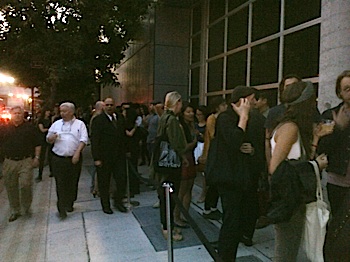 Understanding the show’s obtuse narrative is aided by a pamphlet, which explains that the installation represents the ruins of a luxury hotel, now in shambles after the financial crisis, in a fictitious city called San San. The viewer has to traverse through holes in walls, a janitor’s closet, an old Off Track Betting salon, a plastic surgeon’s office and a psychedelic drug store. 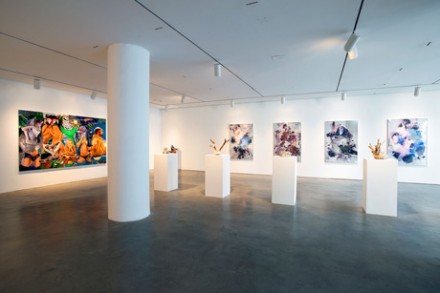 According to the gallery’s press release, “the overall conglomeration is a system of architecture that forms a sculpture in its totality, a concept of the city as a clumsy monument whose symbolic identity is never fully materialized.” It comes out of ideas explored in the artists’ previous installations: Bright White Underground, 2010, Country Club, Los Angeles, CA; Black Acid Co-op, 2009, Deitch Projects, New York, NY; Hello Meth Lab In The Sun, 2008, commissioned by Ballroom Marfa, Marfa, TX. 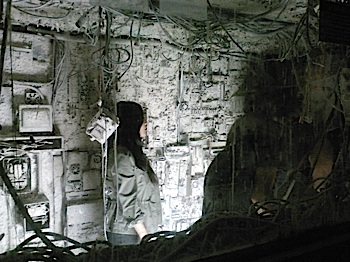 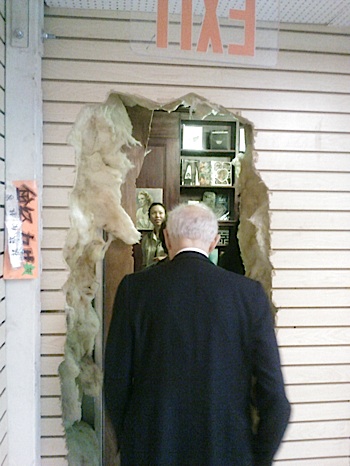 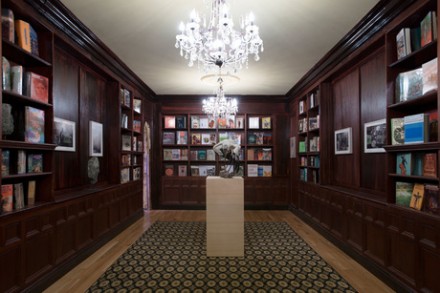 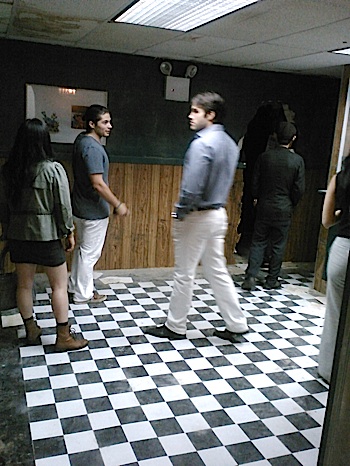 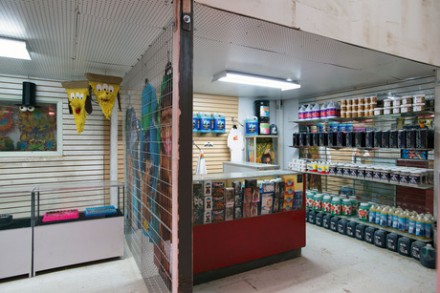 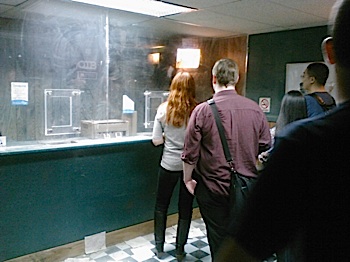 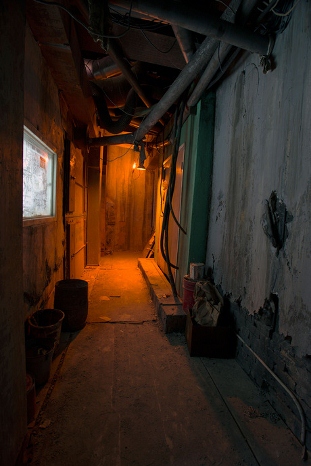 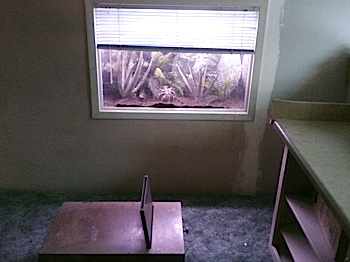 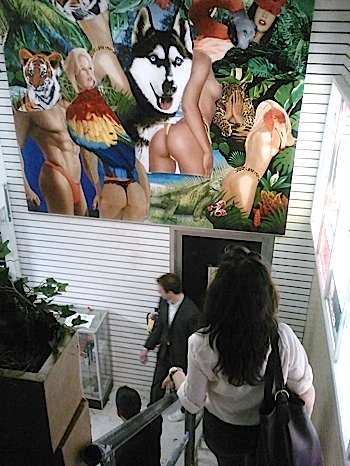 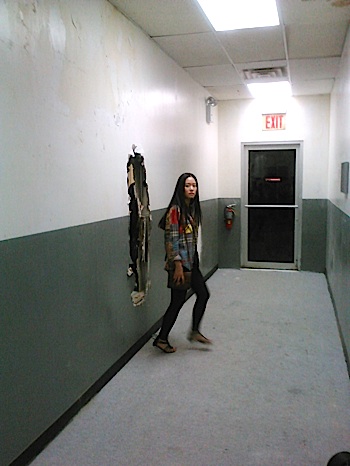 This entry was posted on Friday, October 19th, 2012 at 12:34 am and is filed under AO On Site, Art News, Go See. You can follow any responses to this entry through the RSS 2.0 feed. You can leave a response, or trackback from your own site.