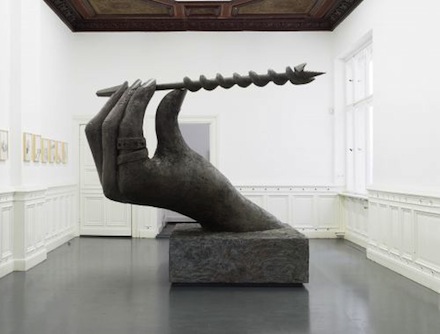 Now on view at Berlin’s Klosterfelde Gallery is German contemporary multimedia artist Christian Jankowski‘s  Monument to the Bourgeois Working Class: a video projection, photo series, and large-scale sculpture, which explore tensions between social classes and the use of mass media as a political instrument. Though, while political on the surface, the works are also said to represent the struggles of the individual artist.

One of Germany’s most prominent conceptual artists, Berlin-based Christian Jankowski originally created Monument to the Bourgeois Working Class at the start of 2012 for a solo exhibition at the Sala de Arte Público Siqueiros in Mexico City (SAPS), located in the former residence of Mexican Muralism icon David Alfaro Siqueiros (1896-1974). 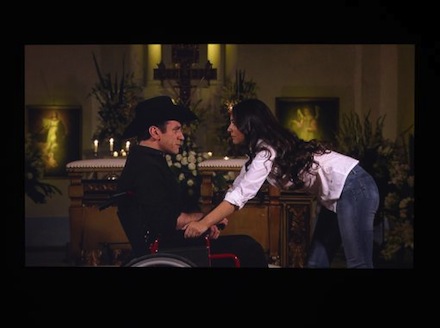 Crying for the March of Humanity is a video parody of the Mexican telenovela (soap opera), for which he requested that Televisa (a major Latin American broadcasting company) reproduce a full episode of a telenovela from the series La que no podía amar (The One Who Could Not Love) – the only difference being that the actors were asked not to speak the words in the script but rather to communicate only in emotional outbursts. The idea for Jankowski was to “create a new image of the ‘phantom pain’ as celebrated in the mass media.” 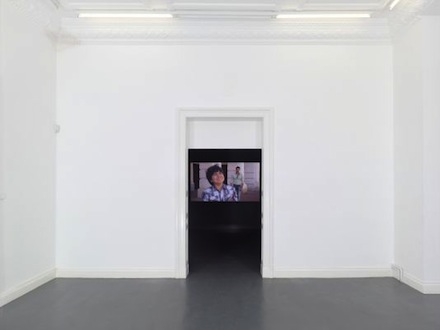 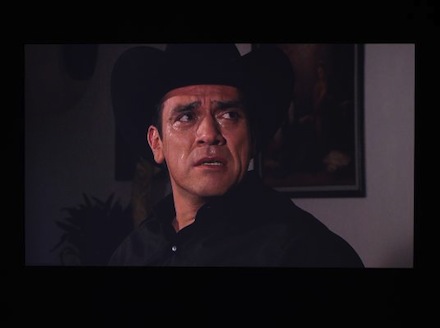 The center piece of the exhibition is Monument to the Bourgeois Working Class, a large-scale sculpture of a manicured hand holding a drill bit. The piece was made with a variety of materials (including carboard, wood, PVC plastic, paint, polyurethane foam, and resin), and is based on a photograph from the archive in the SAPS gallery, originally intended as a study of the different perspectives of a drill for one of Siqueiros’ murals. Jankowski was interested in the contradiction between Siqueiros’ artistic political ambitions and the bourgeois lifestyle he simultaneously lead. Apart from the allusion to Siqueiros’ lifestyle, more contradictions arise from this symbol of a delicate hand wearing an elegant ring balancing a drill bit on the tips of her fingers. 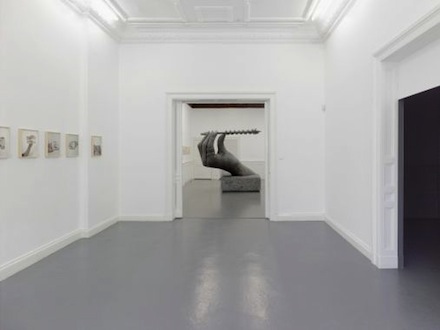 In the photo series Studies for a Monument to the Bourgeois Working Class, Jankowski used the original photograph from the archive and asked employees of the SAPS gallery to hold the photograph in his or her own way, adding another layer of “presentations,” (of the drill, of the hand, of the photograph) so that the workers are presenting the photograph in their own way. 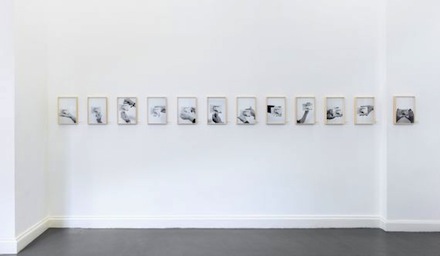 Jankowski’s work, which has been associated with New Gothic Art, often employs various actors and institutions, endowing them with creative responsibility. His work has been included in the 2002 Whitney Biennial at the Whitney Museum of American Art; the 48th Venice Biennale; the Swiss Institute, New York; and the Serpentine Gallery, London, among others. He is represented by Klosterfelde Gallery, Berlin and Friedrich Petzel Gallery, New York. Monument to the Bourgeois Working Class will be on view at Berlin’s Klosterfelde Gallery Tuesdays through Saturdays until November 3rd, 2012.

This entry was posted on Monday, October 29th, 2012 at 8:33 am and is filed under Art News, Go See. You can follow any responses to this entry through the RSS 2.0 feed. You can leave a response, or trackback from your own site.