New York – Mr.: “Metamorphosis: Give Me Your Wings” at Lehmann Maupin Through October 20th, 2012 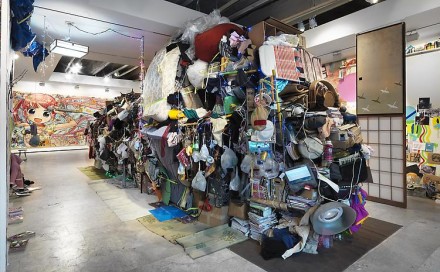 Mr. – Give Me Your Wings – Think Different (2012), Courtesy Lehmann Maupin

Japanese artist Mr. has a remarkable ability for blurring the lines of contemporary culture.  Using the forms and imagery of the potent manga, otaku and kawaii subcultures of his homeland, the artist turns the lens towards the Japanese identity, highlighting what these icons say about the national culture.  On now, Lehmann Maupin gallery in New York City is presenting a large-scale installation by the artist that incorporates these works into a broad statement on the the emotionally frustrated climate of Japan after a year of economic stagnation and natural disaster. 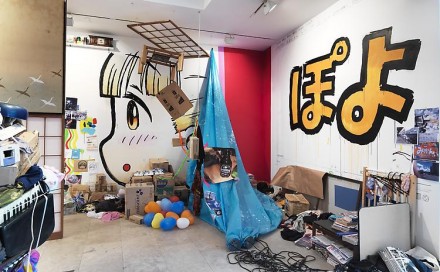 Japan is still feeling the effects of the massive earthquake and tsunami that rocked the country last year, casuing a meltdown at the Fukushima Daiichi nuclear reactor, and massive damage to infrastructure around the country.  Combined with a poorly functioning economy, the country has experienced a buildup of collective angst, unable to return to a pre-disaster way of life, and stuck with the painful reminders of their recent past. 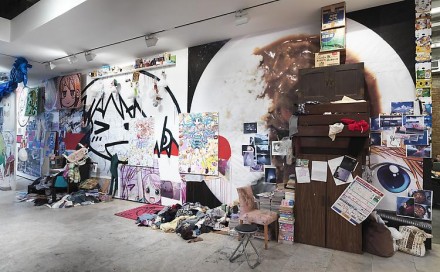 “Metamorphosis” seeks to capture that anger, and provide it a physical outlet of expression.  Loading the exhibition space with Japanese imagery, his own paintings, graffiti, photographs and clustered detritus, Mr. depicts a cultural chaos, stuck between physical disaster and the hyper-exuberance exuded in Japanese anime culture.  Highlighting this dissonance, the harsh realities of Japanese identity in 2012 quickly come to light. 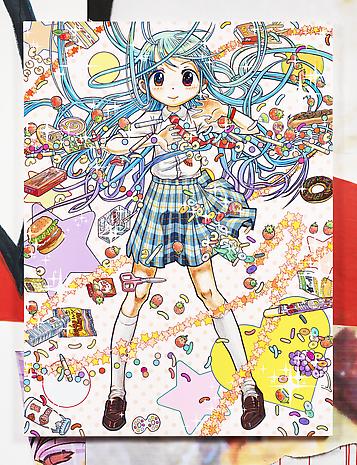 Combining conceptual practice with the expressive, whimsical imagery of Japanese pop culture, Mr. creates a space for the confrontation of a dark period in Japan’s rich history .  The show is on view until October 20th. 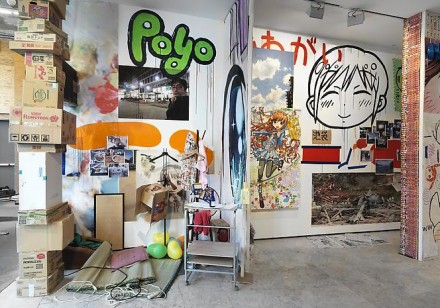 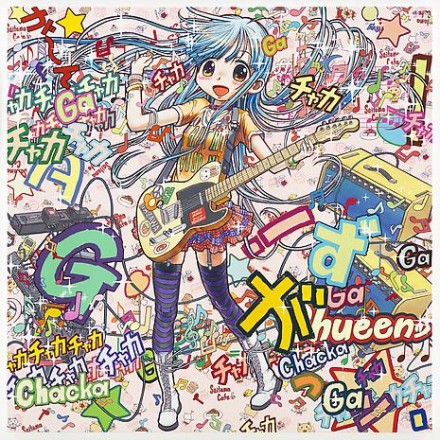 This entry was posted on Tuesday, October 16th, 2012 at 12:39 am and is filed under Art News, Go See. You can follow any responses to this entry through the RSS 2.0 feed. You can leave a response, or trackback from your own site.