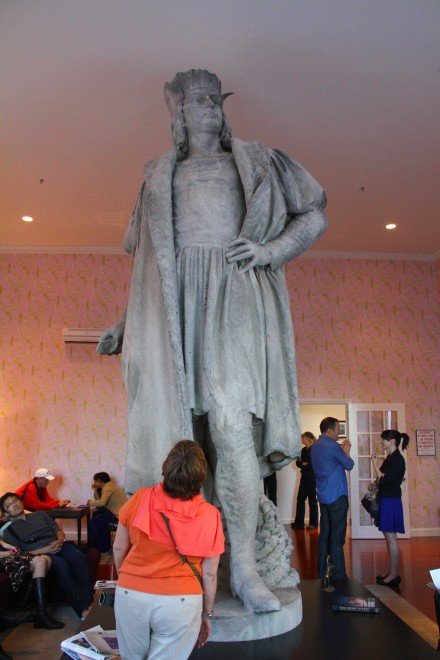 All photos by Elene Damenia for Art Observed

Through November 18th, New Yorkers and visitors to the city will be able to see what mayor Bloomberg calls “one of the icons of our city,” within the setting of a living room designed by Japanese artist Tatzu Nishi.

The statue itself remains untouched, but the setting around it changes the perspective: complete with a flat-screen TV, bookshelves, rugs, seating arrangements, and a wall of windows looking out over Columbus Circle and Central Park from the point of view of what would be the 6th floor of a New York apartment building in Columbus Circle. Made possible by the Public Art Fund, Nishi’s installation reflects his interpretation of New York contemporary interior design. 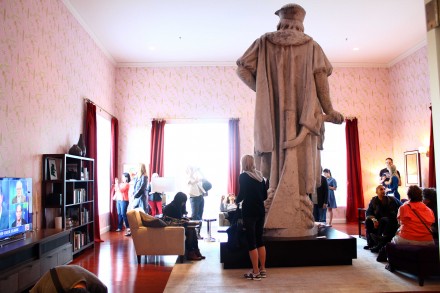 Born in 1960 in Nagoya, Japan, Nishi is known for making temporary works of art, meant to shed a new light or new perspective on large scale works, like architecture, monuments and statues – works we are often unable to see from multiple perspectives. The Columbus Statue is hardly seen up close, perhaps because of its height (more than 75 feet tall); it stands in Columbus Circle next to Central Park, a central point which floods city-walkers with distractions and many other prominent surrounding buildings, monuments, and images. But the monument is very important to the city, as it is actually considered the “central point,” from which all official distances from New York City are measured. 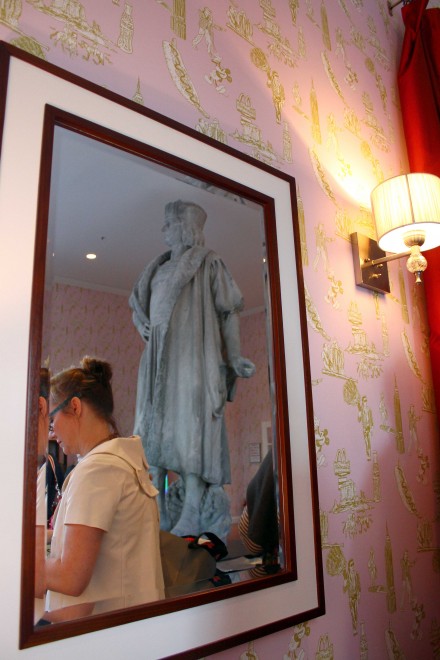 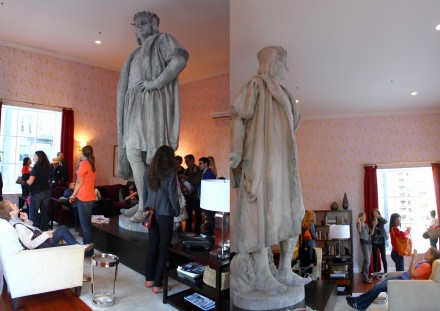 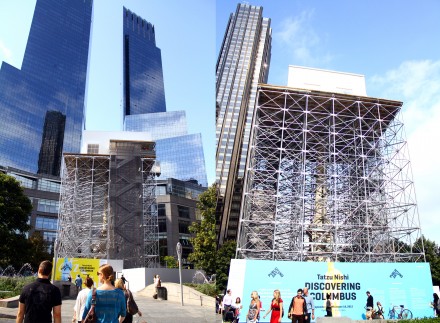 For this exhibition, Nishi has even designed wallpaper inspired by American Hollywood and popular culture, which he remembers seeing from a distance as a child living in Japan. Now he is giving viewers the opportunity to look at the Christopher Columbus up close, and to see the view he has of New York City from within the constructed room. The exhibition Discovering Columbus is free and open to the public until November 18th, 2012.

This entry was posted on Wednesday, November 7th, 2012 at 1:06 am and is filed under AO On Site, Art News, Go See. You can follow any responses to this entry through the RSS 2.0 feed. You can leave a response, or trackback from your own site.