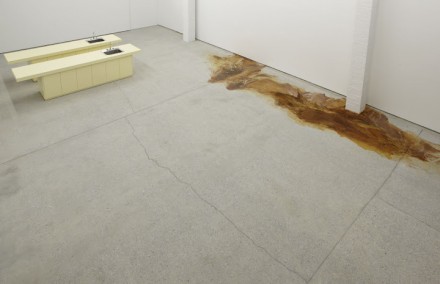 New York-based artist Daniel Turner creates installations at the nexus of the organic and synthetic, a quirky combination of elements that underlines the environmental interactions of man and nature, and resultant breakdowns in symbol and understanding which results from their increasing distance.  As part of the first show at The Journal Gallery’s new location in Brooklyn, Turner is exhibiting two recent works exploring the complex interactions of objects and environments created by man’s bizarre contemporary relationship to science, chemistry, consumption and natural processes. 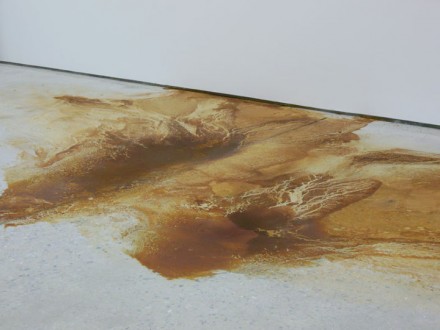 Composed from oxidized metal (rust) stains, two formica chemistry tables, water and dirt, the installation continually underscores man’s understanding and utilization of chemistry in the creation of the new, and his ability to mimic the naturally occurring around him.  The resulting technological developments, however, come at the cost of a certain alienation from this natural world, one in which our understanding of rust becomes one primarily of mechanical or urban decay, as opposed to a natural process. 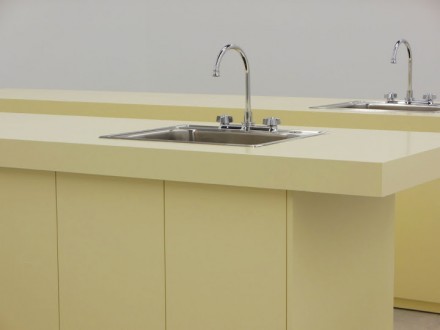 Turner’s pieces continually revisit this newfound environmental confusion, particularly given the need for a gallery to address the frequent absence of natural science from the urban landscape.  Man is posited as fundamentally removed, staring back at the world from the vantage point of a chemistry workstation, indicative of a time where technological and scientific understanding of nature  is paralleled only by our fundamental absence from it. 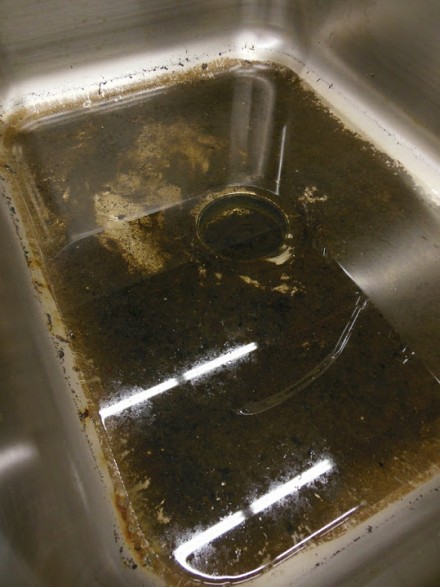 The show is on view until November 25th.

This entry was posted on Saturday, November 10th, 2012 at 9:30 am and is filed under Art News, Go See. You can follow any responses to this entry through the RSS 2.0 feed. You can leave a response, or trackback from your own site.