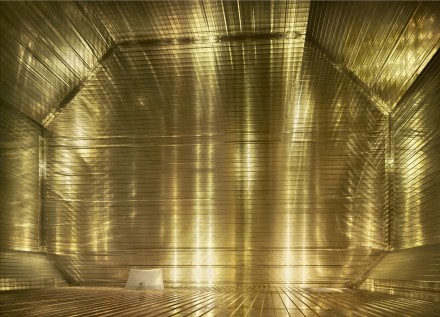 On now at Museum Kunstpalast in Düsseldorf, Germany is a selection of works from photographer Andreas Gursky, showcasing the artist’s continued practice at the forefront of the digital photography landscape. 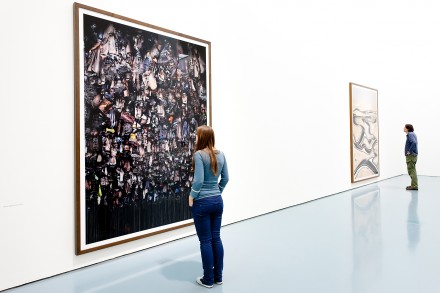 Utilizing both conceptual and realist approaches to photography, Gursky’s photographs capture new viewpoints into the rapid processes of modernization and technological acceleration.  More interested in the image as composition than factual document, his work culls multiple shots of the same image, then reassembles the subject from into a precisely rendered photograph.

His current show at Museum Kunstpalast surveys older and new work, highlighting Gursky’s ongoing interest in architecture, infrastructure, and culture.  The show includes a number of large-scale prints and photographs, including a daunting image entitled Katar (Qatar), taken on the inside of an enormous, gold-plated gas tank aboard a shipping vessel off the coast of the small Arabic nation.  The show also contains a number of images created from a selection of satellite images and complexly layered landscapes bordering on the surreal. 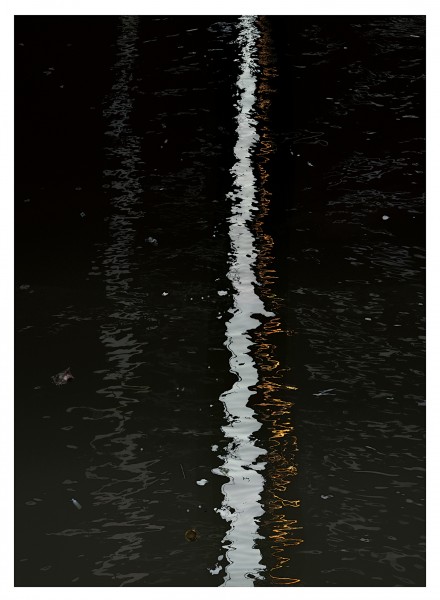 Documenting the ongoing progress of the economic landscape and technological structures worldwide, Gursky’s work creates new practices of seeing, exploring not only the spectacle created by modern development, but also the impacts that these developments create on the ways in which we view our world. 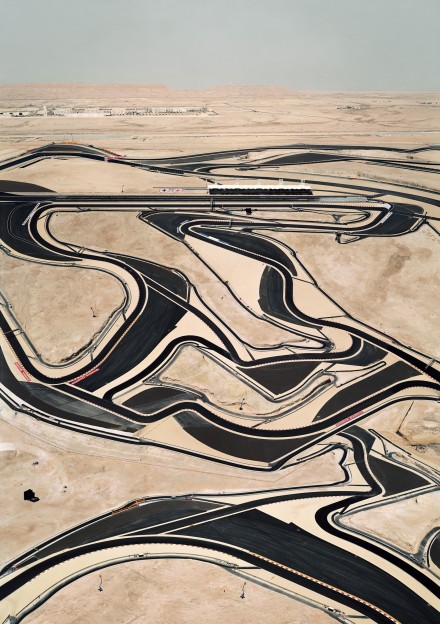 The show is on view until January 13th.

This entry was posted on Monday, November 19th, 2012 at 1:48 am and is filed under Art News, Go See. You can follow any responses to this entry through the RSS 2.0 feed. You can leave a response, or trackback from your own site.