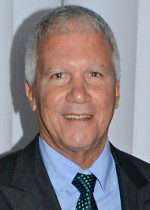 In a deposition this week, Larry Gagosian stated that he frequently represents both parties – buyer and consignor – in sale transactions that he brokers. The case brought forth by Jan Cowles, who sued Gagosian for selling a work she owned without her consent, involves a painting that sold for below market value at $2 million, and whereby Gagosian earned an unusually high relative fee of $1 million.  Mrs. Cowles’s lawyer, David Baum, claims that representation of both parties without disclosure is “blatantly unlawful under New York agency law.” The gallery asserted that its “practices are fully consistent with both the law and the standards in the art world.”
Read the article via The New York Times

This entry was posted on Thursday, November 8th, 2012 at 11:08 am and is filed under Art News. You can follow any responses to this entry through the RSS 2.0 feed. You can leave a response, or trackback from your own site.