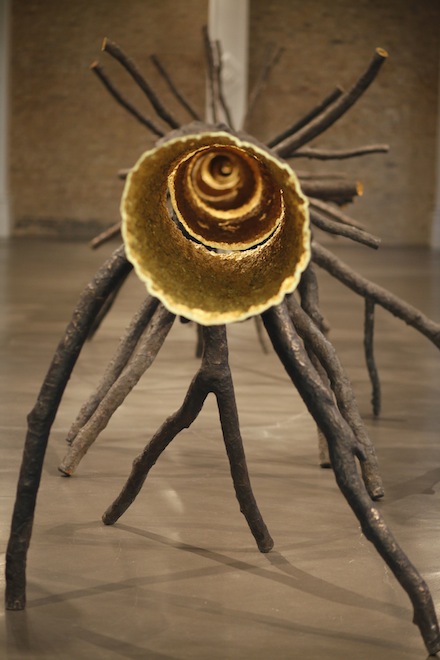 Work by Italian artist Giuseppe Penone is being highlighted at two locations in London(although not an organized collaboration), the longer of which will remain until August 2013. Spazio di Luce, created by Giuseppe Penone  for the Bloomberg Commission, opened at the Whitechapel Gallery in London on September 5th and will remain installed until August of next year, while Intersecting Gaze/Sguardo Incrociato is taking place currently at Gagosian Gallery at Davies Street London and will remain until November 27th, 2012. The works continue along themes Penone has been exploring throughout his 40-year long career, this time specifically exhibiting the idea that, in Penone’s words, “The stretching of a branch through space in search of light has the same structure as a glance.” 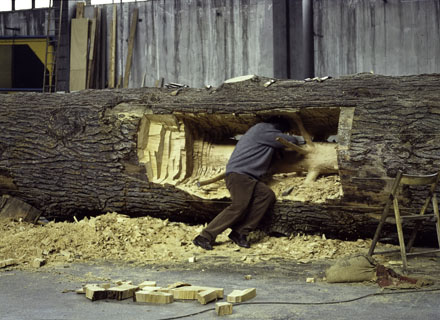 Born in 1947 in the Garessio forest in Italy, Giuseppe Penone emerged as an important artist within the Italian Arte Povera movement during the late 1960s. Central to Penone’s artistic purpose – perhaps as a result of having grown up in a forest environment – has been the idea of connecting man and nature, often comparing the act of drawing to the growth of a tree. Utilizing a variety of mediums, from pencil and charcoal on paper to acacia thorns and silk, carving into marble and molding wax to wood, Penone’s work is characterized by his unconventional choice of materials and his focus on process as related to growth in nature; his drawings are used both for the development of new ideas and for producing major works. 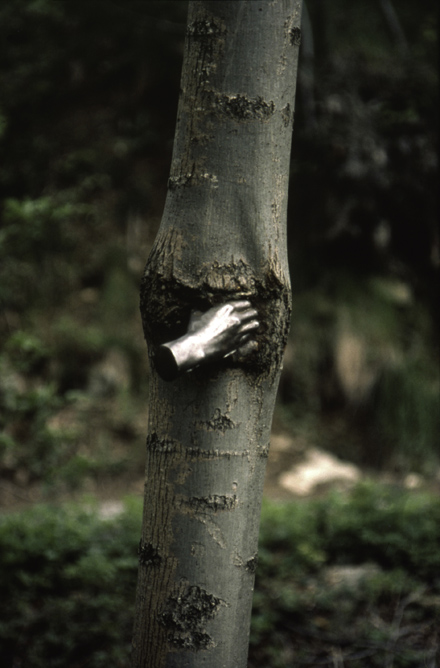 Giuseppe Penone, “Continuerà a crescere tranne che in quel punto,” documentation of the growth of the tree in 1978, Courtesy the artist, photo © Archivio Penone

Penone’s sculptures, installations, and drawings explore themes such as touch, surface, respiration, aging and growth as aspects of living shared by all living species, human and plant alike. The motif of tree-growth as connected to the process of drawing and the portrayal of both trees and human bodies as living sculptures are often indicated in Penone’s work. Using the technique of his own fingerprints to represent the rings of a tree, for example, Penone illustrates the importance of touch and attempts to remind humans of their intrinsic connection with natural forms. 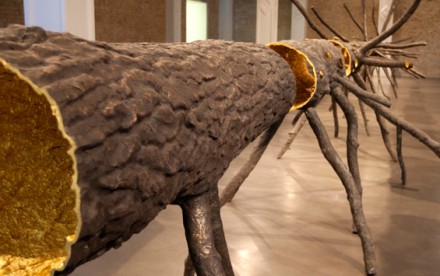 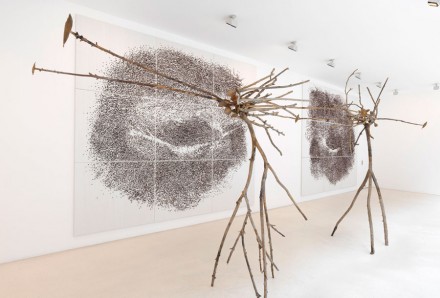 The exhibition occurring simultaneously at Gagosian Gallery Davies Street London is an installation about the “act of looking,” comparing Acacia tree thorns with human eyes, and the canvas surface to human nerves. Again relating the human to both trees and artistic materials, Penone is interested this time particularly with human optical perception as a pattern in nature not unlike forms present in botany and human anatomy.

As described by the Gagosian Gallery, “the eye captures images with light, while the tree exists because of light.” The branches of trees symbolize the human gaze, recalling his previous work Reverse One’s Eyes (1970), which is a photograph Penone took of himself wearing mirrored contact lenses.

Penone’s Intersecting Gaze exhibition is currently on view at Gagosian Gallery Davies Street, London through November 24th, 2012, and Spazio di Luce will remain on display until August of 2013. 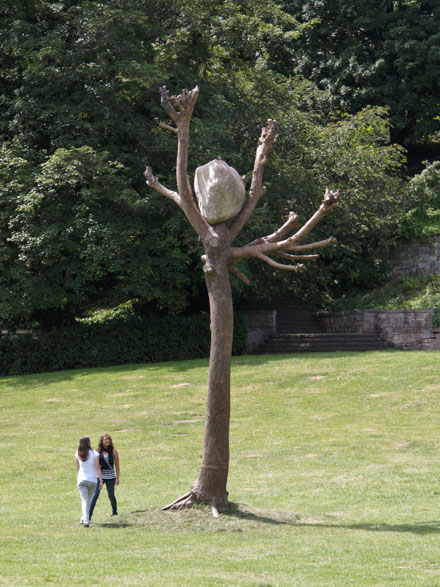 This entry was posted on Friday, November 2nd, 2012 at 2:52 pm and is filed under Art News, Galleries, Go See. You can follow any responses to this entry through the RSS 2.0 feed. You can leave a response, or trackback from your own site.