New York – John Cage: “The Sight of Silence” at the National Academy Through January 13th, 2013 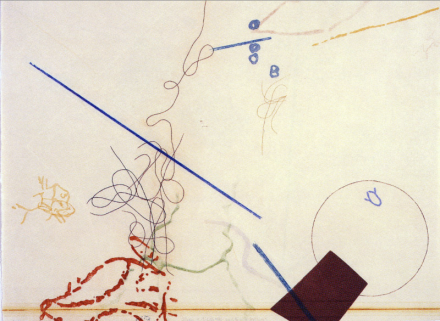 Over the course of his lifetime, composer, writer and theorist John Cage made immense and lasting contributions to modernist and post-modernist avant-garde thought, challenging traditional conceptions of music, sound, noise and arrangement, and blazing a path for young composers in the twentieth and twenty-first centuries.  However, the artist also was a prolific painter, creating a vast body of watercolors, prints and drawings, and ultimately influcing, and collaborating with, many artists in the 50s and 60s.  These works are the focus of a new exhibition at the National Academy Museum in New York City, celebrating what would be Cage’s 100th birthday.

Drawing heavily from eastern philosophy and non-linear approaches to thought and composition, John Cage developed an artistic language that favored chance as a fundamental compositional approach.  Based around systemic numerical progressions and the interruptions of unexpected occurrence, his pieces challenged the Western body of artistic thought, and its primacy on the artist as the sole creator in favor of a deference to nature.

Consisting of 60 works made during Cage’s time as artist-in-residence at the Mountain Lake Workshop in Virginia in the 1980s, the show depicts the fundamental thought behind Cage’s work on a visual plane.  Combining these works with a range of supplementary materials including video, writing and other documents of Cage’s work, it succeeds in bringing a new perspective to this cornerstone of avant-garde composition. 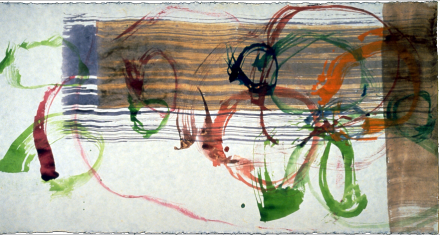 The first exhibition of his visual work in the United States since 1992, The Sight of Silence provides a rare view into the iconic oeuvre of John Cage.  It is on view until January 13th. 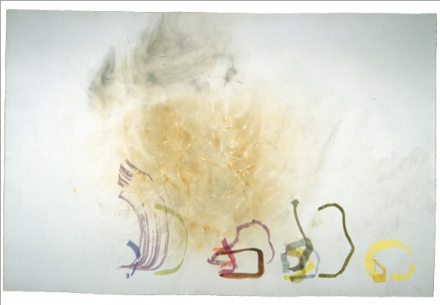 This entry was posted on Saturday, November 10th, 2012 at 6:04 pm and is filed under Art News, Go See. You can follow any responses to this entry through the RSS 2.0 feed. You can leave a response, or trackback from your own site.