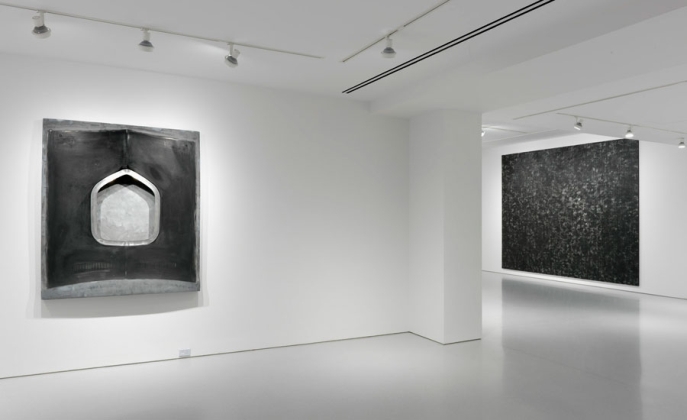 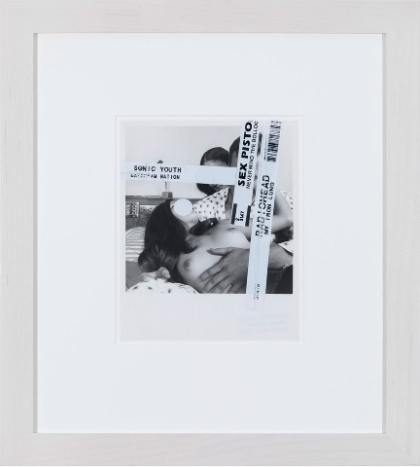 Prince was born in 1949 and currently resides in New York. His work is well known for his questioning of authorship and appropriation of images whereby he (sometimes unlawfully) adapts materials from other sources and makes them his own by doing very little is nothing at all to them. His work also addresses the taboos within western culture such as racism, violence and pornography. Prince’s biography of works has an essence of glamour and haute couture. His collection makes use of photography, literature, found objects and paint combining mixed media, changing their context and symbolic power.

The Four Saturdays exhibition offers a dirty white  and a reverberation of  black hues. Prince presents exerpts from Hollywood-based literature in bold, stencil-like black text. A simple trivia question surrounding Samuel Jackson’s role in pulp fiction – regarding how many times he says the “‘N’ word” within the feature length film — becomes almost an accusation towards the spectator, prominently emphasizing the expletive depicted in the image . The gallery itself  feels desaturated, almost shameful; the spectator is left bemused as to whether he should regard these works as adornments to the space or chastising warnings to the westernized world. Angry stenciling looks out of place amidst its white backdrop. 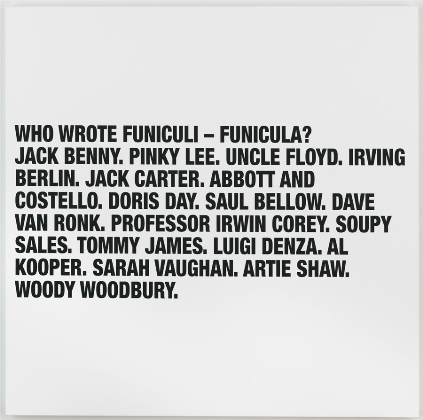 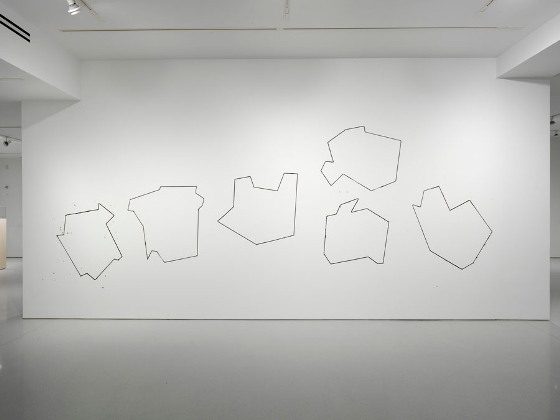 Prince has sprayed copious amounts of six pack rings black and displayed them on predominantly black surroundings, linking them into a grid-like formation. The absorptive properties of the great mass of black paint soaks up the light of the gallery, almost adding a fog-like essence to the piece, darkening the space in close proximity through the power of its large scale. Although the piece is flat, it verges on almost sculptural, the texture of the work playing an enormous part in the overall aesthetic.

The materials Prince has used appear ‘found’, and rather than speaking to re-appropriation,these pieces seem to speak to an arte povera sensibility instead.  He has changed th shape, the juxtaposition and the hue of the medium, forming the piece into an almost unrecognizable object from its previous composition, which feels like a bit of a watershed moment. 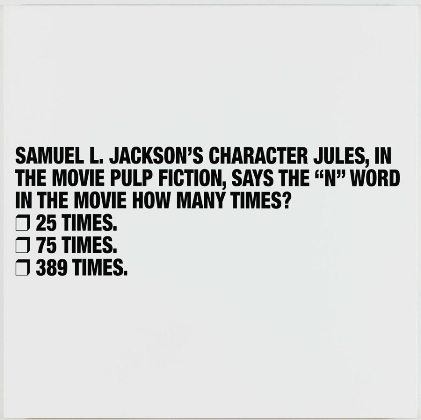 This entry was posted on Tuesday, November 13th, 2012 at 9:37 pm and is filed under Art News, Go See. You can follow any responses to this entry through the RSS 2.0 feed. You can leave a response, or trackback from your own site.