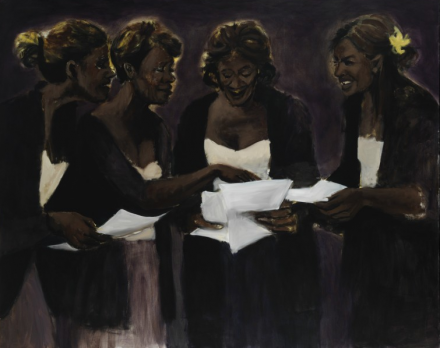 At a ceremony held in Kiev, Ukraine, Lynette Yiadom-Boakye was announced winner of the Future Generation Art Prize, funded by Ukrainian collector Viktor Pinchuk’s foundation and worth $100,000. Yiadom-Boakye, born and working in London, was shortlisted for her portrait paintings of mainly black subjects, which through cultural context have taken on a political charge. Her work is urgent, sweeping, and dark. Yiadom-Boakye says each work takes her less than a day to complete, because “it’s about a certain kind of urgency and capturing that time frame.” 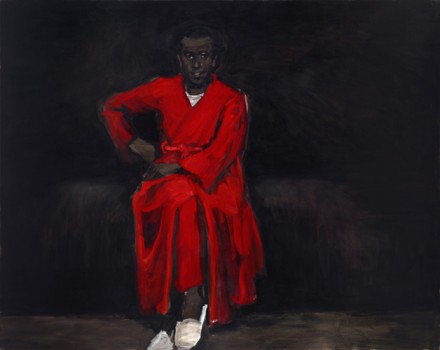 In addition to the Main Prize, a record five Special Prizes were awarded. Although in the past these awards were worth $20,000, during his speech at the awards ceremony Viktor Pinchuk announced that this amount would be increased because there are five recipients instead of the usual one. All the recipients were chosen by a distinguished jury, including Hans Ulrich Obrist, Co-director of the Serpentine Gallery in London, and Nancy Spector, Deputy Director and Chief Curator of the Solomon R. Guggenheim Foundation. The biennial $100,000 prize is given to an artist up to the age of 35 and includes $60,000 in cash and $40,000 toward the production of a new work. An additional $20,000 will fund an artist-in-residency program for up to five other artists. In 2010, the inaugural year for the Future Generation Art Prize, Brazilian artist Cinthia Marcelle was awarded the prize. The Future Generation Art Prize was established by the Victor Pinchuk Foundation to discover, recognize, and give long-term support to a future generation of artists.

This entry was posted on Friday, December 7th, 2012 at 4:02 pm and is filed under Art News. You can follow any responses to this entry through the RSS 2.0 feed. You can leave a response, or trackback from your own site.