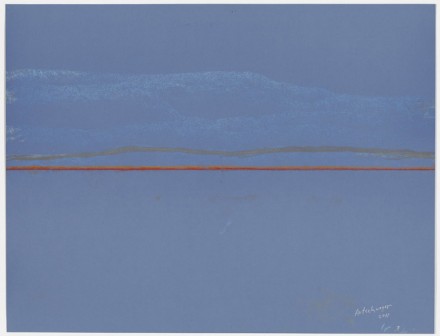 Richard Artschwager’s desert landscapes are the subject of an exhibition at the David Nolan Gallery in New York. Throughout Artschwager’s career, he has been known for his use of non-traditional materials in both sculpture and painting, such as wood, formica and Celotex(a fiberboard used for ceiling panels). He is also recognized for his large grisaille paintings, based on grid structures. These desert landscapes are a clear departure, and emit an emotional sensibility that Artschwager rarely lets us get a glimpse of — only recently has he employed such a vivid exploration of color. 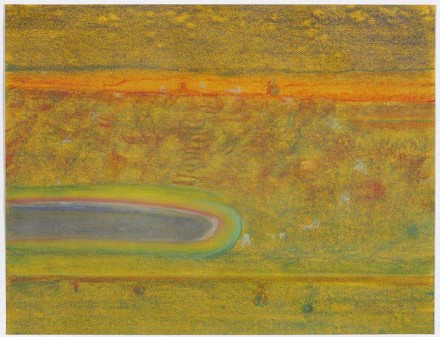 Artschwager’s father, in poor health, moved the family to Las Cruces, New Mexico in the artist’s youth, where he practiced drawing. He later served in WWII and then studied art in Paris. Artschwager landed in New York City in the 1940s with a fellow art student, Amédée Ozenfant, but he had a young family and needed to pay his bills so he worked as a furniture and altar maker, employing materials such as formica and wood. He returned to making art in the late 1950s, when Don Judd saw and championed his work. In the following decade Artschwager exhibited at Leo Castelli with the likes of Jasper Johns, Robert Rauschenberg, and Claes Oldenburg. 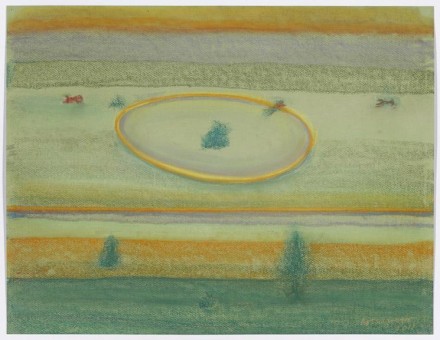 “In the recent drawings, the master of faux furniture and monochrome interiors has gone outdoors, into a kind of high-chroma farmland of the mind. Tabletops have become fields. Bands have become highways. The ‘blps’ and spuds of earlier drawings are now watermelons, ornamented with radiant green mottling that seems to reprise the fields where they grew. Garishly beautiful and ebullient, these pastoral hallucinations hark back to the horizontal line drawings of the late sixties, and beyond them, to Artschwager’s earliest exhibited work: the abstract landscapes that Donald Judd admired back in 1959, with their ‘quick, spiked strokes, …communicative of abbreviation.'” -Alexi Worth, 2008

One could certainly argue that these images, which have been present in his mind’s eye since childhood, inform his entire body of work and provide a deeper understanding of the sculptural exploration of perspective, plane and form. 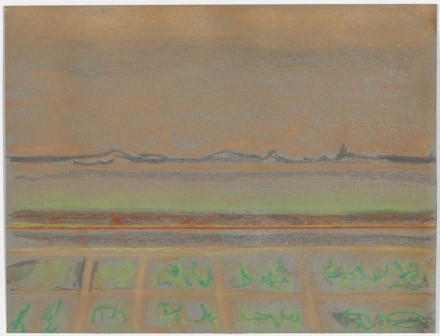 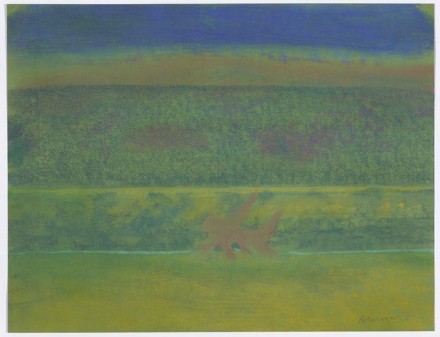 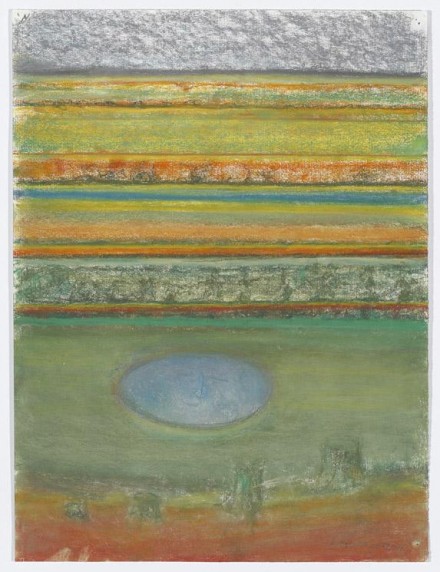 Richard Artschwager Landscape with Round Pond 2011 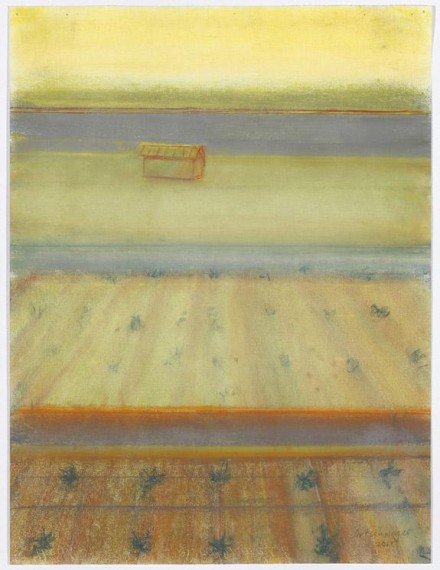 The exhibition is on view through December 22nd, 2012.

This entry was posted on Thursday, December 20th, 2012 at 8:08 am and is filed under Art News, Go See. You can follow any responses to this entry through the RSS 2.0 feed. You can leave a response, or trackback from your own site.