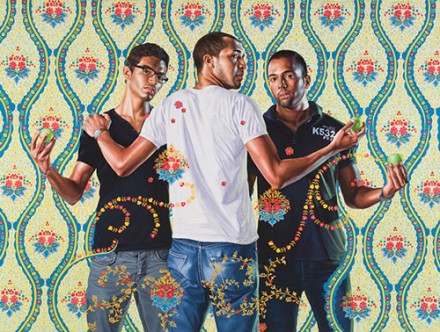 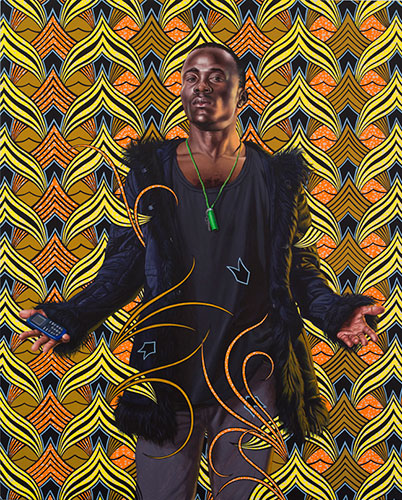 Kehinde Wiley, Bonaparte in the Great Mosque of Cairo

Wiley reached a level of notoriety in the United States through his work with curator and gallerist Jeffrey Deitch, and since then has found representation at Sean Kelly gallery alongside established artists Marina Abramoviç and Antony Gormley. Wiley was born in Los Angeles, attended San Francisco Art Institute and Yale University, then moved to New York. He now divides his time between a studio in Brooklyn, a studio in Beijing, China, and the extensive travels involved in The World Stage project, which spawned the Daniel Templon show. 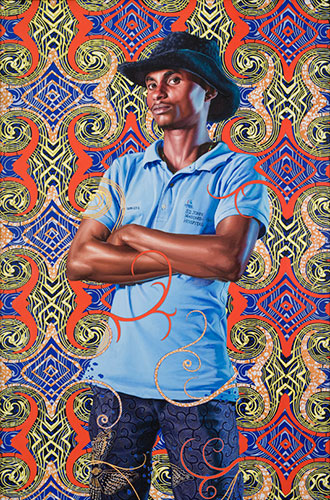 Kehinde Wiley, Woman with a Pearl

Originally Wiley’s work revolved around stately young men in Harlem; then his focus shifted to the innate glory and empire of New York rap and hip hop stars; now Wiley has devoted his eye to young men beyond the borders of the United States. Since 2006, Wiley has traversed the globe in search of new subjects. France focuses on French colonialism in Africa, which includes visits to and subjects from Morocco, Tunisia, Gabon, Republic of Congo, and Cameroon. 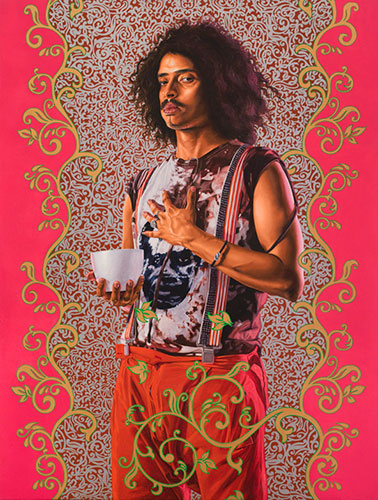 By plucking young men of color from their traditional communities and painting them on backgrounds and in poses that reflect a classical pose and indication of white power, Wiley asks: where is the power? What does it mean to have tradition, be regal, or hold court? His subjects wear jeans, Spongebob shirts, soccer jerseys, and hold brooms and bats like scepters. They display cell phones in their palms like offerings. Comparisons have been drawn between Kehinde Wiley and Mickalene Thomas, although a deeper exploration certainly underscores the differences not only in compositional devices but also in a certain exploration of the complexity of a global politic. 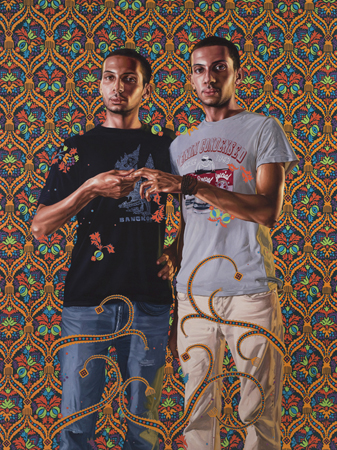 Says Wiley of the Louvre’s traditional collection, and of his work as a response to it: “You see the trappings of empire, you see its global reach, and you see the perfection of power made into form at its most radical. I want to counterpose that with a very different type of aesthetic grace or visual commodity, and that has to do with Africa, and the presence of black and brown bodies. I wanted to imagine a tie between France and Colonial France: that’s the heart of World Stage: France.” 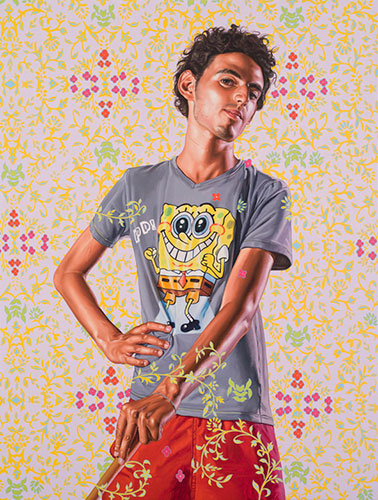 The World Stage: Israel was on view at New York’s Jewish Museum in spring 2012, and in 2014 Wiley will have a solo exhibition at Atlanta’s High Museum of Art. His paintings are in several public collections, including the Brooklyn Museum of Art, Metropolitan Museum of Art, New York, Los Angeles County Museum of Art, and Minneapolis’ Walker Art Center. 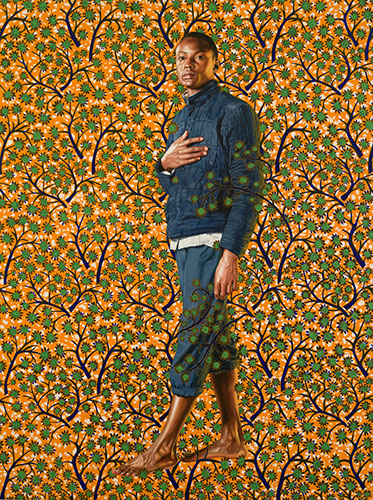 Kehinde Wiley, Napoleon in His Study 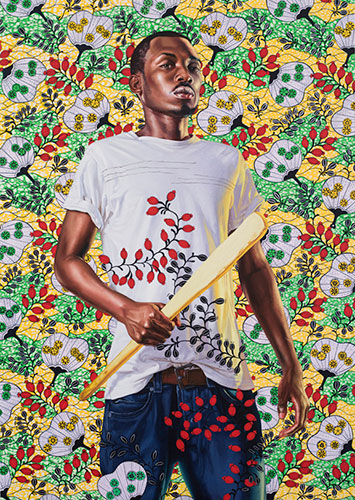 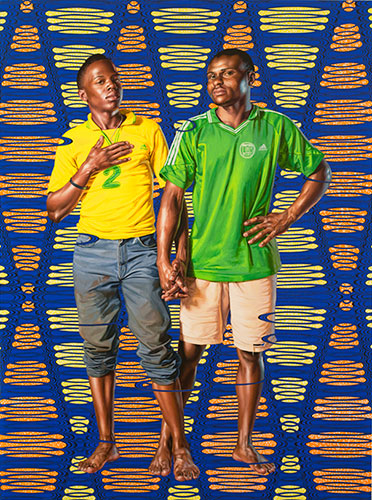 This entry was posted on Friday, December 21st, 2012 at 10:46 pm and is filed under Art News, Go See. You can follow any responses to this entry through the RSS 2.0 feed. You can leave a response, or trackback from your own site.