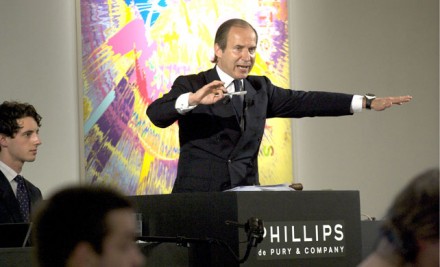 Simon de Pury, chairman and principal auctioneer of Phillips de Pury & Co., along with his wife Michaela, a senior director, have announced that they will leave their posts at the auction house, effective today. It will be renamed Phillips in 2013. 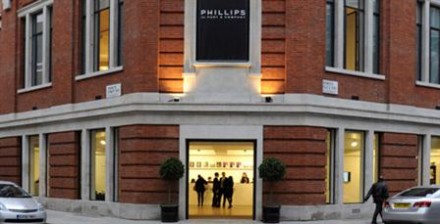 Mr. de Pury said, “I embark on new adventures comfortable with the knowledge that the company is in an excellent position and has been going from strength to strength.” In reported email, Mrs. de Pury stated, “I together with my husband have decided the time was right to pursue other avenues.” Mr. de Pury recently sold his remaining equity in the company to the Russian retailer Mercury Group, which has controlling interest in the auction house.

Mr. de Pury has a 12-year tenure at the auction house. He started his career at Sotheby’s in 1974, and from 1979 until 1986, he was curator of the Thyssen-Bornemisza Collection.  In 1997, he and Daniella Luxembourg cofounded De Pury and Luxembourg Art, which in 2001 merged with Phillips to form Phillips de Pury & Company.

Phillips has, over the past year, indicated a solid expansion. Earlier this year Mercury signed Phillips as a tenant in a $160 million building in Mayfair that will serve as its headquarters. It has also announced plans to expand its Park Avenue location and has created a showroom in Central London on Howick Place.

This entry was posted on Friday, December 21st, 2012 at 1:59 pm and is filed under Art News. You can follow any responses to this entry through the RSS 2.0 feed. You can leave a response, or trackback from your own site.