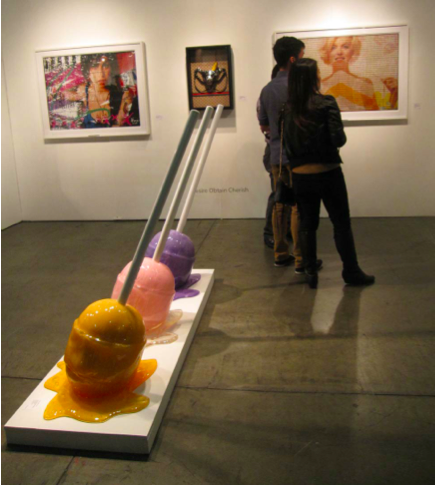 The LA Art show held its opening night premier party on Wednesday, January 23rd at the LA Convention Center. During the Patron Hours, James Franco was the guest of honor and was joined by an eclectic LA crowd, with an incredible mix ranging from the overtly contemporary to the traditionally elegant. Entering its 18th year, the fair has earned a reputation for its well planned juxtaposition of traditional and modern art, and this year’s edition was no different.  The milling crowd moved easily from the traditional to contemporary sections and back, taking their time to comb through the sheer scale of the festival and its one hundred prominent worldwide galleries. 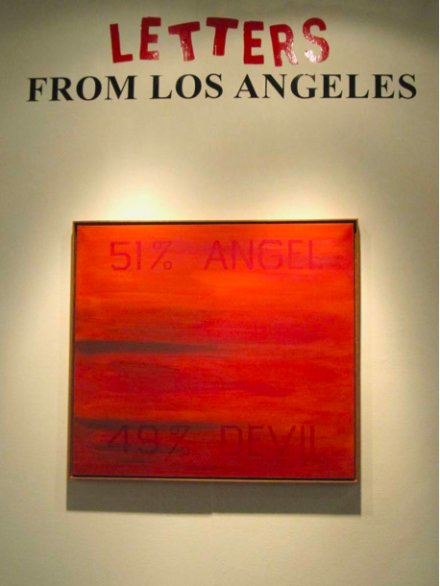 This year’s featured exhibition, titled Letters from Los Angeles: Text in Southern California was a welcome addition to this year’s show, giving the host city a chance to highlight its relationship to contemporary art and the written word. It was conceived and curated by Jack Rutberg in association with Aldis Browne. and serves as a graphic welcome to the show, highlighting works by Ed Ruscha, Alexis Smith, Dennis Hopper, and Mark Licari, among others. 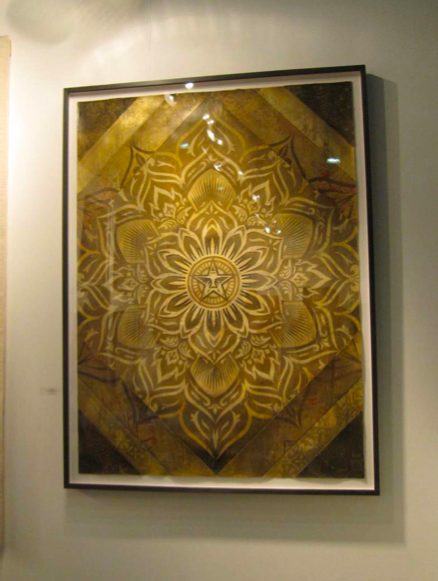 For overall popularity, the UK’s Paul Stolper Gallery and Arcadia Fine Arts from NY were both overflowing at different points in the evening. Paul Stolper featured works by Damien Hirst, and a new series of diamond-dusted prints by Shepard Fairey, alongside the ethereal photographs of Don Browne. The Fairey pieces dominated the space, and generated some preview night sales for the show. Arcardia Fine Arts provided both whimsy and realism from artists Paul Rousso and Daniel Adel. Rosenbaum Contemporary had a nice crowd as well, with a carefully selected collection ranging from Jean Debuffet to Robert Polidori. Waterhouse and Dodd blended modern and traditional, showcasing contemporary sculptures alongside classic works by Fernand Leger.

The home city and state were well represented in the modern and traditional contemporary exhibitors—Galerie Michael , George Stern, William A Kargas Fine Art, the Redfern Gallery, and Spencer Jon Helfen Fine Arts were among the standouts. On the modern and contemporary side, the LA galleries were led by Denis Bloch Fine Art, Guy Hepner, and Jonathan Novak Contemporary Art. San Francisco also chimed in, adding both color and vibrancy from the Caldwell Snyder Gallery and the Mcloughlin Gallery. 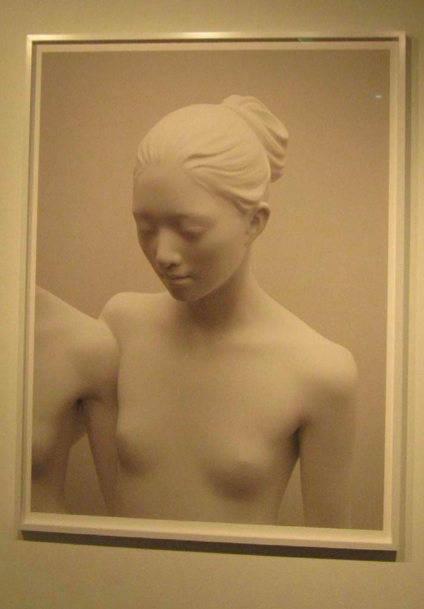 China Fusion was a special exhibition and influence on this year’s show, casting the spotlight on the currently thriving art market in one of the world’s largest economies.  The increased focus on China was echoed in the pavilions, with a notable increase in Chinese galleries.  In particular the spiritual attention to detail and craft in Li Rui’s Neighbor No1 and Newborn was mesmerizing. Moving works by Li GuangLin and Li Yueling’s The Future Ahead of Me also commanded impressive attention. 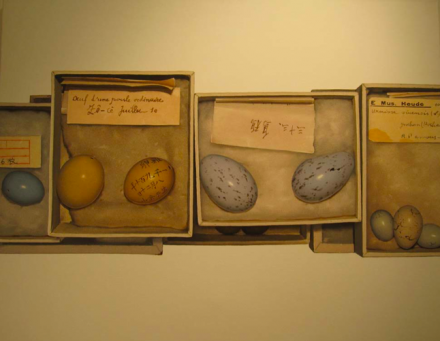 The opening evening of the event was well-attended, and served as a fitting start to Los Angeles’s preeminent art fair.  Combining variety and eclecticism with a potent sense of discovery, the LA Art Fair once again underlines Los Angeles’s understated prominence in the global art marketplace. 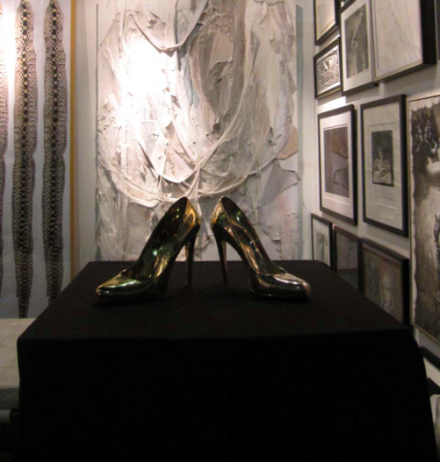 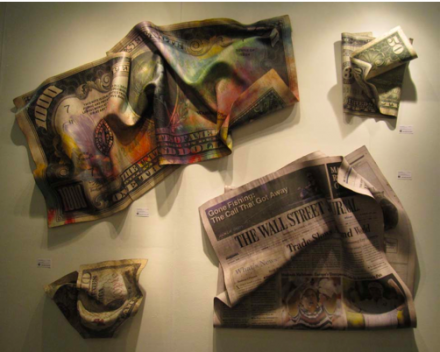 All images via Amy Lucena for Art Observed

This entry was posted on Monday, January 28th, 2013 at 10:13 am and is filed under AO On Site, Art News. You can follow any responses to this entry through the RSS 2.0 feed. You can leave a response, or trackback from your own site.