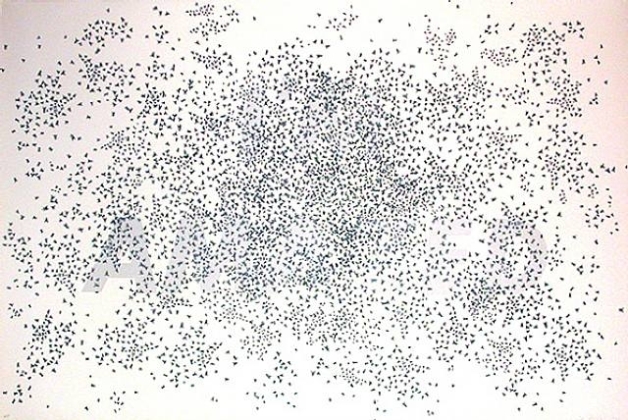 This January, Bernard Jacobson Gallery is home to Ed Ruscha’s I’m Amazed collection, which presents some of the artist’s most abstract works.  Known for his treatment of text as objects, the titles of Ruscha’s images become the works themselves. Single words are juxtaposed against simplistic images (i.e. gas stations or landscapes) while others dominate the work completely. His statements, or individual words, become ambiguous against their backdrop. The title of show is adopted from a work that reads ‘I’m Amazed’ in faint grey print,engulfed by a swarm of flies to the point of illegibility. The laconic effect of such imagery sufficiently summarizes the collection and sets the sombre and subdued atmosphere of the show. 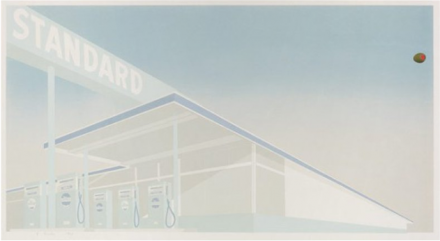 Ruscha, who was born in 1937 in Omaha, was inspired by the Los Angeles highways of the 60’s, and the bleeding, luminescent colors of the skyline were a common occurrence in many of Ruscha’s images. 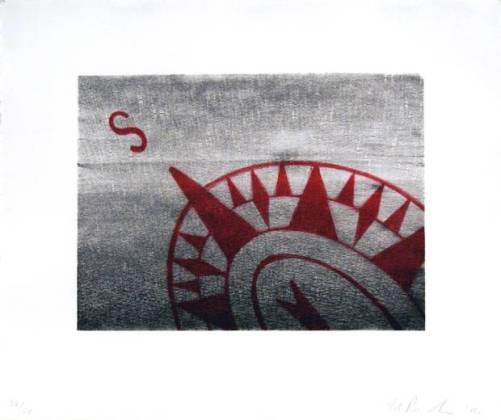 The artist features several images of the ‘Hollywood’ sign in his collection, one of which is depicted against a pale pink backdrop. The chosen vantage point displays the letters at an obscure angle, and depicts the iconic sign in a distorted manner. A sense of disconnection from the allure of the bright lights and entertainment industry subsequently makes the pink backdrop appear menacing rather than harmonious. This sense of discordance is hinted at in many of Ruscha’s works, and in many respects, his images are much like the art of Barbara Kruger. Both artists evoke emotion in their spectators simply by changing the interpretation of a single word or statement through the juxtaposition of image.

The Hollywood skyline that Ruscha adopts has been carried through to his 1973 image of the word ‘Evil,’ composed out of his own blood. The density of the medium and its blackened lettering make it appear much like standard print. The paradoxical position of such foreboding content against such warm colorations add a surrealist tone to Ruscha’s work comparable to the likes of Magritte and Dali.  He challenges our notions of interpretation, changing not only the way we view words as a necessity for communication, but perhaps changing our perception of the world around us, allowing us to see things through his eyes. A simple image or statement changes meaning drastically; becoming much more poignant in tone after being depicted by Ruscha.

In another of the artist’s works, a suggestion of the word “Lisp” has appears to be spelled out in spilled liquid. The letters dance across a vague, ambiguous palette of swirls and water markings that hint at the presence of other words and letters. The composition hints at the significance and narrative behind the letters. The word looks ‘clumsy’, ‘messy’, unfinished and almost unrefined; much like lisped speech. 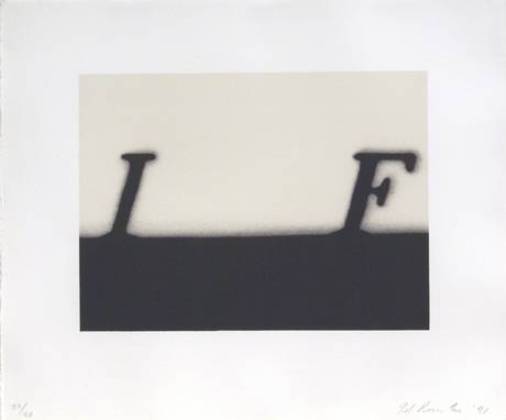 Some of Ruscha’s later work is also on display – namely If, Q&A and South, which were created in the early nineties. Compared to the artist’s earlier work, the prints are much more subdued and monotonous. The lack of colour and imagery allows the words to be treated purely as objects, personifying the works so that they can tell their own story. Without this aid however, the pieces can also appear much more ambiguous and confusing to the viewer. 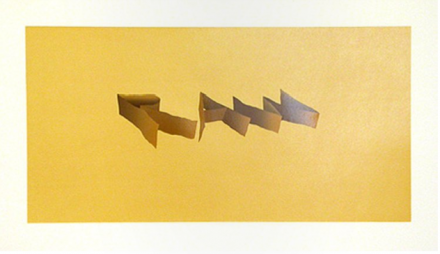 Despite potential confusion, Ruscha’s style in this series is undeniably unique from his past works. He has successfully manipulated words into objects, changing the functionality of their communicative capabilities into an aesthetic adornment that bears a deeper, more metaphorical, meaning. 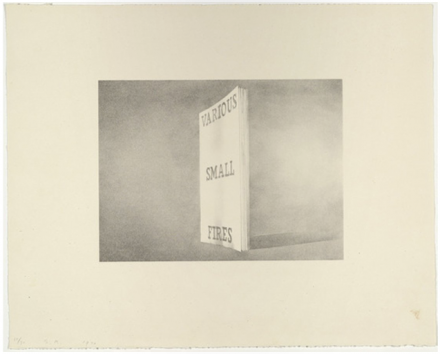 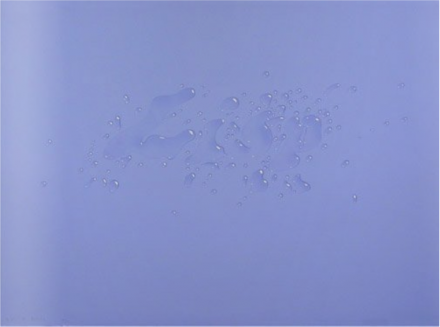 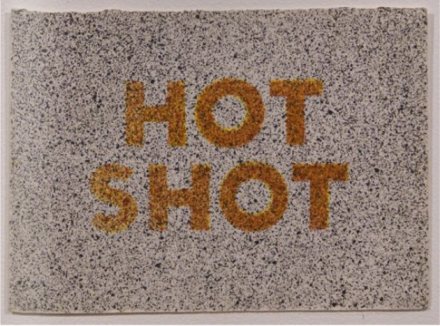 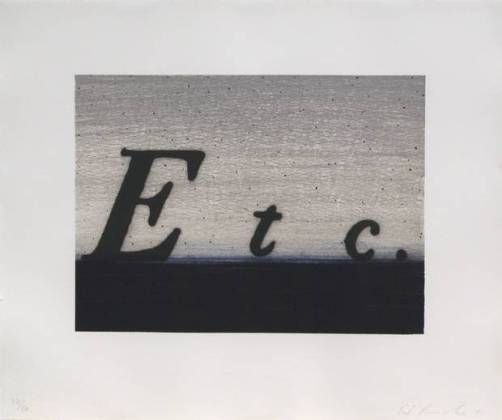 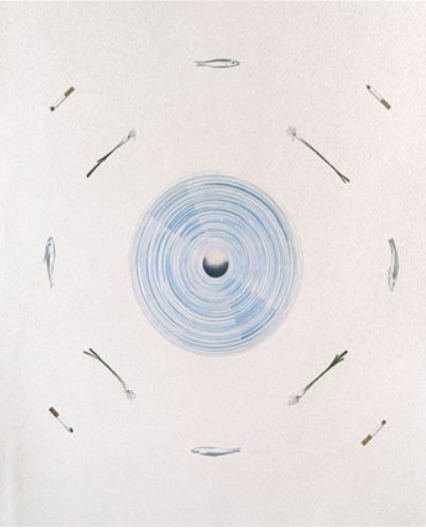 Ed Ruscha, The Fan and its Surroundings (1982), via Bernard Jacobson

This entry was posted on Friday, January 25th, 2013 at 12:01 am and is filed under Art News. You can follow any responses to this entry through the RSS 2.0 feed. You can leave a response, or trackback from your own site.