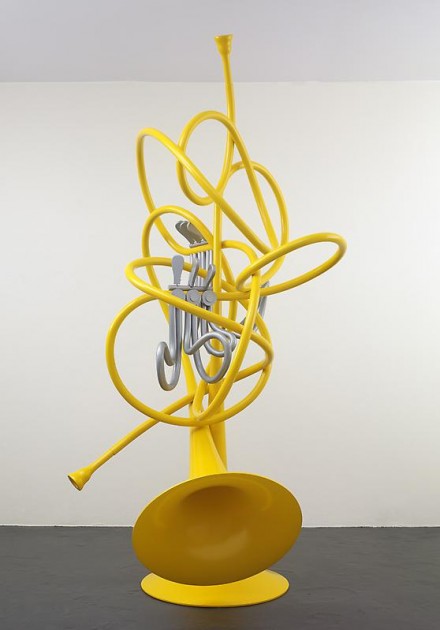 Since they began working together in 1971, Claes Oldenburg and his late wife Coosje van Bruggen have created a dense body of work melding together their creative approaches in a variety of large-scale public installations and gallery works.  Appropriating the form of conventional, commonplace objects and recasting them at enormous proportions, the couple’s art simultaneously plays at the viewer’s perceptions of reality and the irony of the subject matter on view. 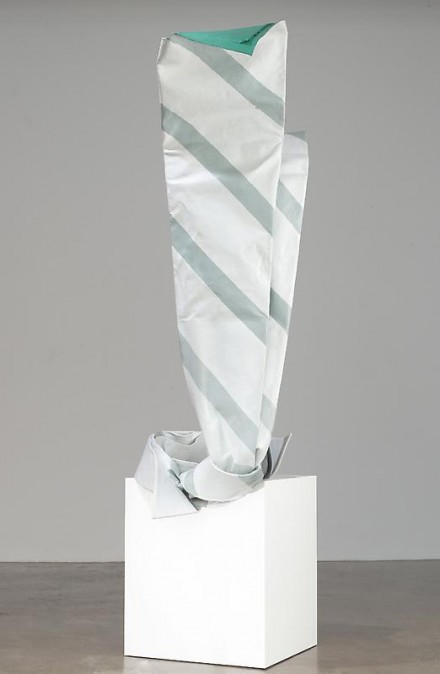 Celebrating the work of this prolific partnership, PKM Trinity Gallery in Seoul is presenting a comprehensive retrospective of the partnership between van Bruggen and Oldenburg, showcasing sculptural works alongside drawings, paintings, lithographs and sketches for some of the duo’s most notable works. This is the first large-scale exhibition of work by Oldenburg and van Bruggen in Korea, and showcases their blend of environmental awareness and cogent humor over nearly 40 years of collaboration.

Oldenburg and van Bruggen have a special relationship with Seoul.  It was there, in 2006, that they would complete Spring, an enormous, turret-shaped shell on the Cheong Gye Chon River that flows through the center of the South Korean capital.  Completed three years before van Bruggen’s death, it was the first project that she had conceived, executed and completed completely on her own. 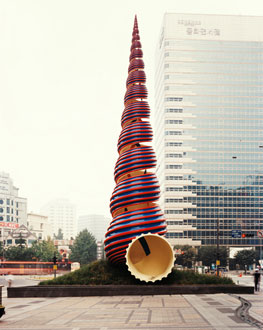 A variety of sculptural works by the couple is on view at PKM Trinity, including a variety of instrument-sculptures showcasing bent and warped saxophones, french horns, clarinets, harps and even a fabric metronome, all inspired by the music room in the couple’s castle in the French Loire.  The show also includes a variety of rare drawings and plans, including the initial sketches of what would become Spring, and a series of lithographs created in conjunction with their instrument sculptures. 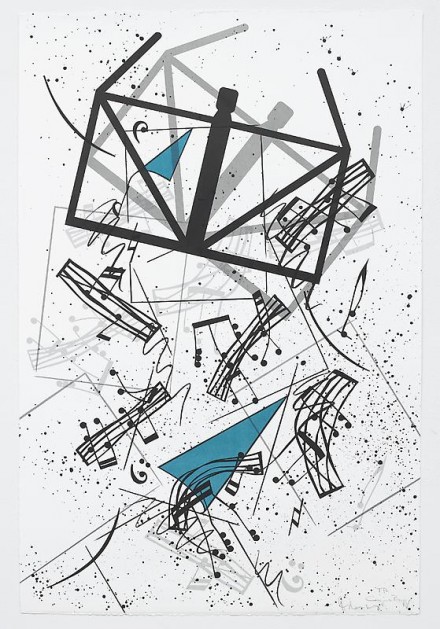 As a complement to the show, PKM is also exhibiting two of the couple’s works in Seoul’s Times Square, providing accessibility to the partners’ work by the greater Korean public.  At almost ten feet high, the two works showcase Oldenburg and van Bruggen’s work at its best, playfully challenging notions of reality and perception while remaining fully rooted in the everyday. 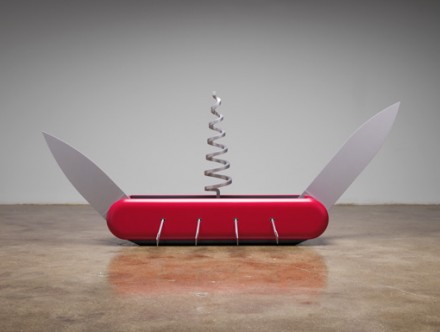 Exposing the Korean public to the body of their collaborative practice, PKM Trinity brings a broader context of understanding to the work that Claes Oldenburg and Coosje van Bruggen did together, and some vital background for their sculptural engagement with the city of Seoul.

The show closes on January 15th. 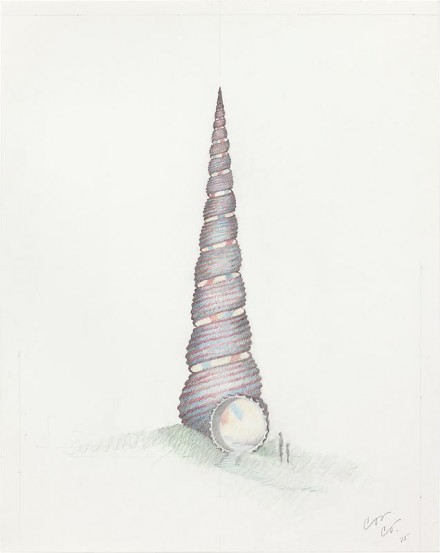 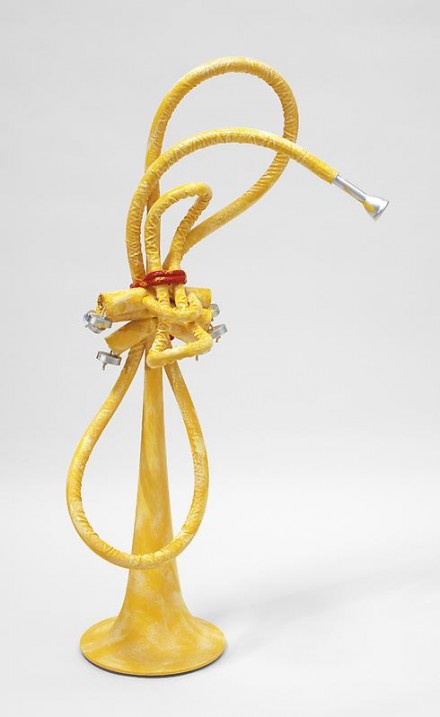 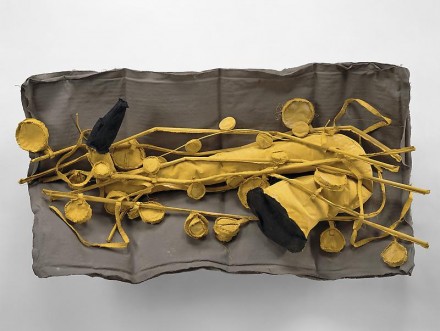 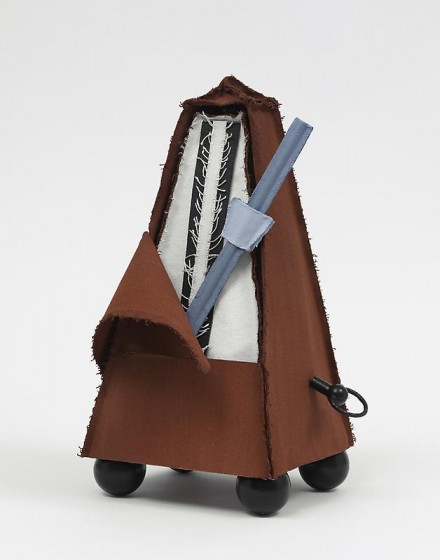 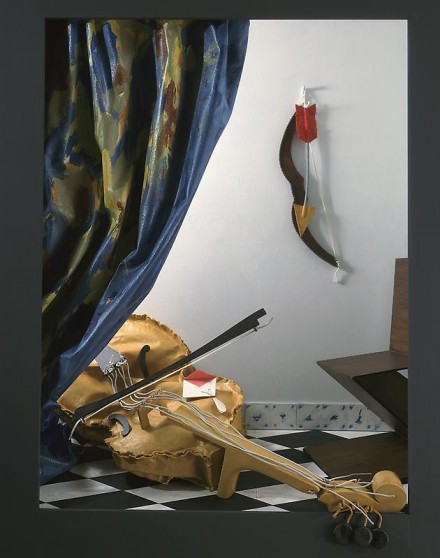 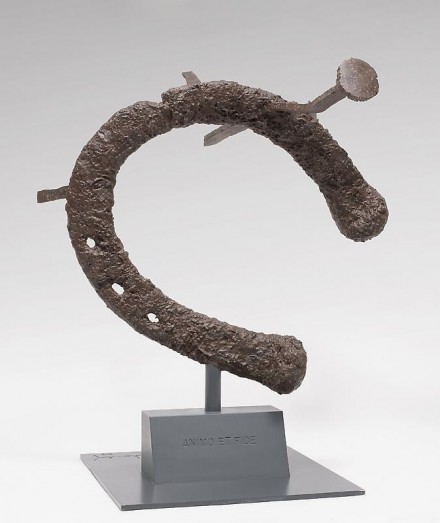 This entry was posted on Tuesday, January 15th, 2013 at 11:19 am and is filed under Art News. You can follow any responses to this entry through the RSS 2.0 feed. You can leave a response, or trackback from your own site.