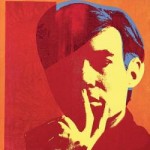 Reflecting the ongoing prominence of American postwar art on the global market, Andy Warhol was recently determined to be the highest selling artist at auction for 2012.  With sales topping $380.3 million last year, Warhol has supplanted Chinese painter Zhang Daqian at the top of the list.  German painter Gerhard Richter was also named the highest selling living artist.  “The market is selective and concentrated on works by certain artists. The instant recognizability of masterpieces by Warhol and Richter makes them well suited to performing well.” Says Jonathan P. Binstock, senior adviser at Citi Private Bank Art Advisory & Finance.

This entry was posted on Sunday, January 6th, 2013 at 10:54 pm and is filed under Art News. You can follow any responses to this entry through the RSS 2.0 feed. You can leave a response, or trackback from your own site.