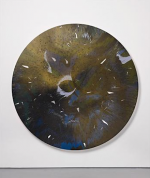 A Miami pastor and art dealer has been arrested for attempting to sell several forged works attributed to British artist Damien Hirst.  Kevin Sutherland had approached Sotheby’s in December about selling one of Mr. Hirst’s “spin” paintings at auction, but when the auction house realized the work as forgery, it promptly contacted the New York Police Department.  Working undercover, officers arrested Sutherland after he attempted to sell them several more forged Hirsts in Gramercy Park Hotel last week.

This entry was posted on Monday, February 11th, 2013 at 12:41 pm and is filed under Art News. You can follow any responses to this entry through the RSS 2.0 feed. You can leave a response, or trackback from your own site.