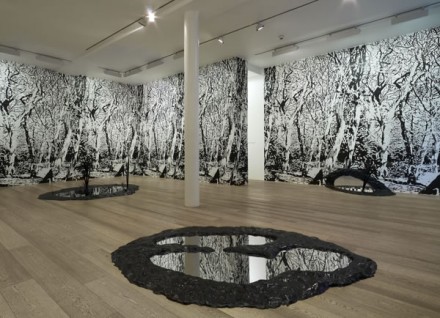 Sadie Coles HQ‘s current exhibition by the late Angus Fairhurst (1966-2008), Un-titled, explores notions of “doing and undoing, absence and presence, thinking and feeling.”  Culling from Fairhurst’s broad body of sculpture, painting, collage and photography, the show is a testament to the artist’s brief but impressive output. 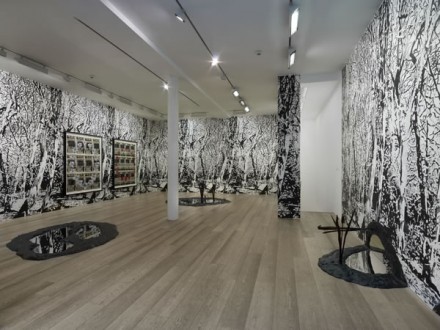 A motif running through Fairhurst’s entire career was the concept of absence, often using varying degrees of abstraction to depict images found in nature. The images in this exhibition are based on black and white photographs of thickets in Epping Forest in southern England, painted with primary colors. The gallery is also wallpapered in the black-and-white silkscreen paintings and includes three sculptures (Untouched, 2004; Unseen, 2004; and Unwit, 2006) made of cast clay and mirrors, meant to be ponds that reflect the exsitsing images and create new ones. 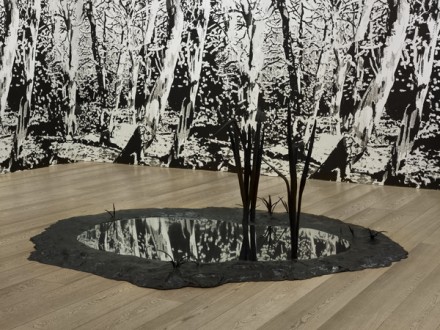 Emphasizing the equal presence and absence of nature, Fairhurst’s work creates a space that is neither gallery nor woods, reaching for both exhibition space and secluded grove.  While neither space is fully represented (the viewer cannot escape the small ponds nor the hardwood floors), the space is in constant transition, a mysterious world between forms. 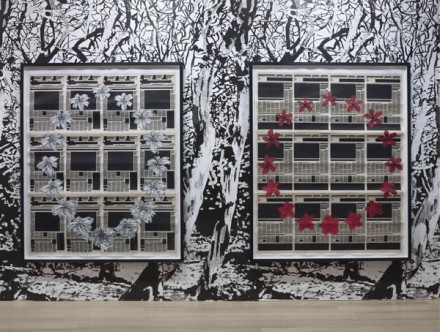 Exhibited in conjunction with this show is a presentation of his highly praised 2003 installation, A Couple of Differences Between Thinking and Feeling at Great St. Helen’s Sculpture Space, London, through July 31, 2013. 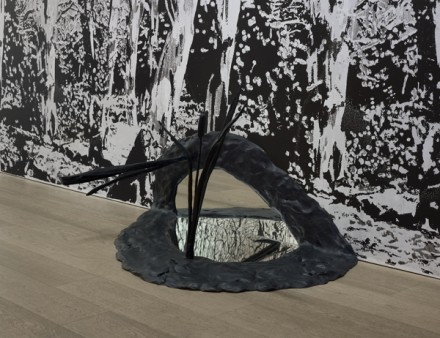 Angust Fairhurst was a member of a group of artists associated with Goldsmiths College in London in the late 1980s. He has exhibited his work at Building One, London; Walker Art Center, Minneapolis; Serpentine Gallery; Royal Academy of Arts, London; SMAK, Ghent; and Tate Britain, London. He was also an active musician. 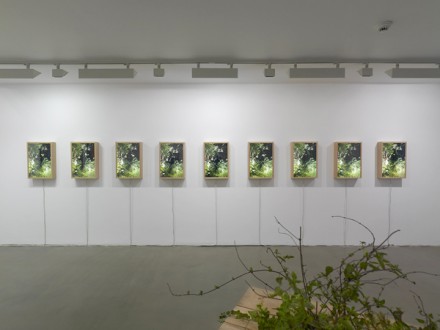 Angus Fairhurst, A false dawn on the road to personal and artistic freedoms (1996), via Sadie Coles HQ

Allowing a fresh take on Fairhurst’s practice a few years after his death, Un-titled, marks a new phase in the evaluation and appreciation of his work. Un-titled opened on January 24th, 2013 at Sadie Coles HQ in London and will continue through March 26th, 2013. 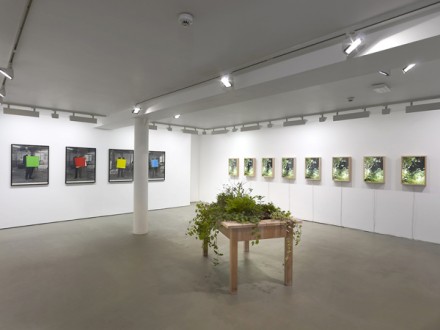 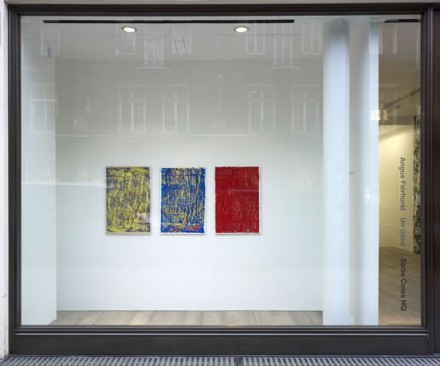 This entry was posted on Tuesday, February 26th, 2013 at 12:58 am and is filed under Art News, Go See. You can follow any responses to this entry through the RSS 2.0 feed. You can leave a response, or trackback from your own site.