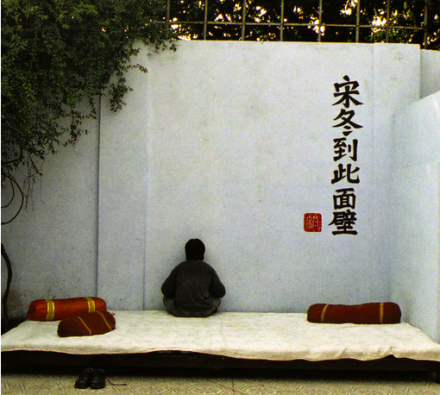 On view at both of Pace Gallery’s New York exhibition spaces is an exhibition of work by Chinese artist Song Dong, compiling the artist’s recent work from dOCUMENTA 13 and the Kiev Biennial, as well as older work. 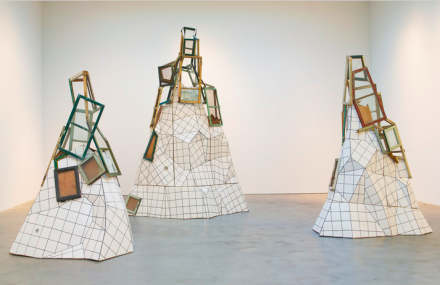 The centerpiece of the exhibit is the Doing Nothing Mountains,two trios of mountains composed of deconstructed houses, presented as structures of failed consumerism.  The bases of polygonal whitewashed wood and bathroom tile, are installed with arbitrary lightswitches, electrical sockets, and keys hanging from locks.  Each of these addendums speak to systems of circuitry and functionality that have been rendered obsolete. That is, these are derelict building materials, demolition debris from one-time homes that no longer serve a purpose in China’s rapidly developing urban planning.  They are failed networks and systems we assume can be relied that are not in fact reliable they are installed in the profound uselessness of art objects. 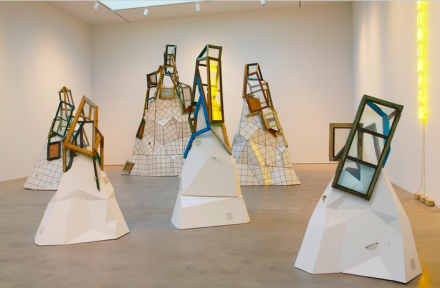 Speaking for the general Chinese populous, Song writes, “During our whole lifetime we save to buy an apartment. But one day it might be violently demolished by the government with nothing left.” Aptly titled “Doing Nothing,” strenuous effort to no avail is precisely what this show is about. The monuments of desolation are surrounded by several textual works that thematically tie the show together. Down one wall in bright yellow neon reads (translated from Chinese)  “That which goes undone in vain, that which is done is done still in vain, that done in vain must still be done.” The luminous message is both literally and figuratively reflected around the room. 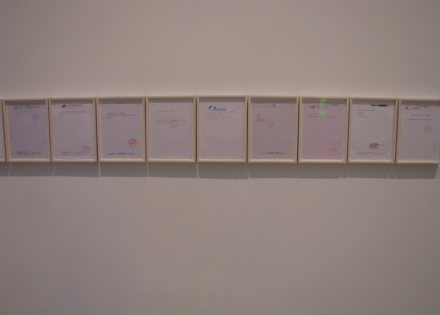 On the opposite wall is Song’s “Doing Nothing Book” composed of different translations rephrasing this message from Chinese. The translations range from the deficient (“Doing-nothing/Why not not doing / Do-it/as Doing-nothing / Doing—nothing / but do do) to the more eloquent “You waste the opportunity if you don’t do it. Though you can practically get nothing from it despite all the efforts.” The translators include the artist himself, his friends, online translators, and Google translate. Similar in tone, the different translations evoke Art History’s patterns of different forms and approaches to express similar concepts. 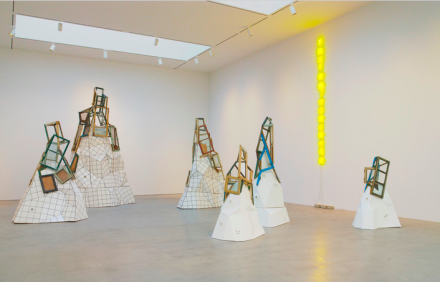 The show hinges on the correlation between Song’s practice and the efforts of millions of Chinese to secure a stable environment for themselves. One can dedicate his/her entire life to something that can be stripped away at the whim of a civil engineer. A lifetime of hard work is rendered utterly purposeless. Likewise Songinterrogates art’s own efficacy to effect the world at large. 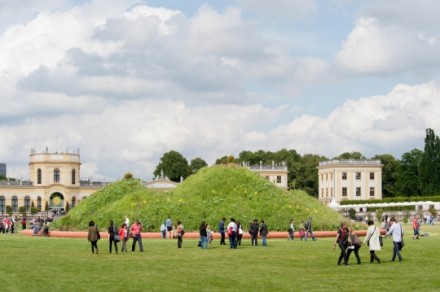 Alongside these pieces is a video loop of 600 photos of Song’s widely acclaimed “Doing Nothing Garden” from Documenta 13, where Song covered over a pile of trash to create an obliquely artificial grassy knoll in the middle of a public park. The loop documents a progression from a mound of dirt roped off from the public to something completely assimilated into the environment.  In its final stage, the mound is still roped off—one cannot use it or sit atop it—as art it remains obsolete, bringing art’s transformative qualities into question.  This tension between whether something happened, something changed or not, was made or wasted, is precisely the question Song repeatedly asks art. 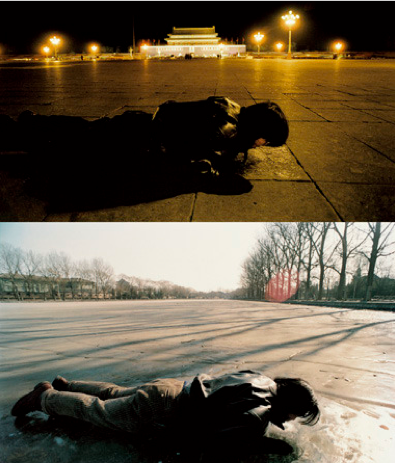 Along with this show at 535 W 25th, PACE has a miniature retrospective of Song’s work that deals with  many similar themes, including “Breathing” where the artist laid flat on -9 °C night in Tiananmen square breathing on a square of pavement for 40 minutes to create a thin sheet of ice. Paired with this, photographed in the same posture is Song breathing for 40 minutes on a lake with no visible results. These pieces interrogate political impact and the artist’s ability to affect his environment. 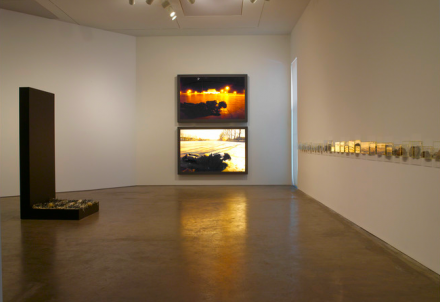 Other pieces include “Secret Divulging,” where ice slowly melts and leaks out of a hanging silk bag, and several of his food video pieces where day glo landscapes of food in the style of traditional Chinese painting are desiccated with a butcher’s blade, or lakes of Gatorade are blown by a hair drier. Here Song interrogates the bucolic composed of something ripe for consumption. That is, whether nature is viewed as strictly utilitarian. 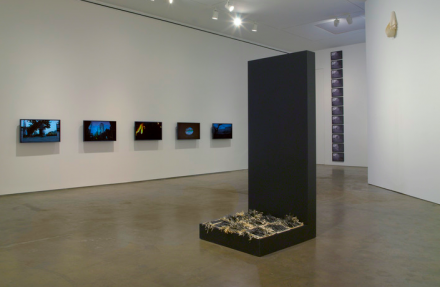 In several video clips (“Burned Mirror,” “Crumpling Shanghai”), distorting frames are repeatedly destroyed only to be replaced. In a mirror, a banal street scene is shown as a friable image as Song smashes it with a hammer. The revelation, however, is only momentary as the cleansed view is only an equally banal street scene on the other side. 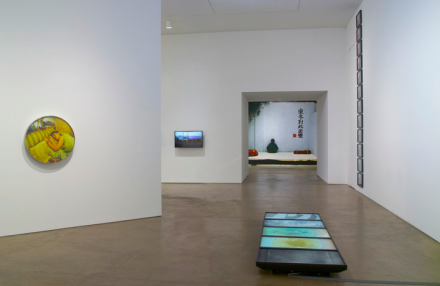 The clarity that art provides is momentary, its impact may be minimal, and yet, as this exhibition so adamantly proclaims, it is a must.

Song Dong’s “Doing Nothing” is up through March 2nd.

This entry was posted on Monday, February 18th, 2013 at 11:41 pm and is filed under Art News, Galleries, Go See. You can follow any responses to this entry through the RSS 2.0 feed. You can leave a response, or trackback from your own site.