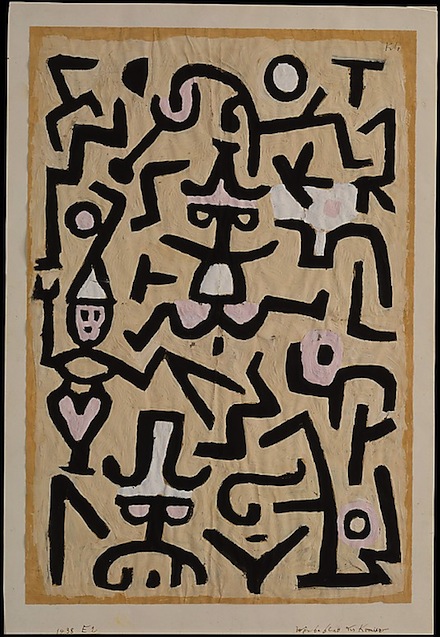 On view at the Metropolitan Museum of Art through February 24, “Late Klee” presents a concentrated survey of the last fifteen years of Paul Klee’s life and career. The one-room exhibition consists largely of small-sized works on paper and cardboard, each representing a facet of the artist’s prolific oeuvre and wide-ranging interests. 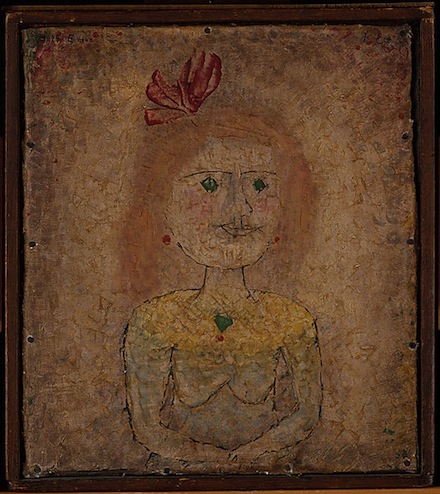 The Swiss-German Klee (1879 – 1940) is known for his distinct and individual painting style, developed through contact with the full breadth of European Modernisms; from Cubisim to Surrealism and Expressionism. He produced bold experiments in color and composition, often tinged with a sense of lyrical humor and childlike whimsy. Klee studied arts and humanities, joining Der Blaue Reiter almanac group in 1911 and working with important Expressionists such as Wassily Kandinsky and Gabriele Munter. After serving in World War I and traveling extensively in Europe and North Africa, he eventually settled into a teaching post at the influential Bauhaus School, where he remained on the faculty from January 1921 to April 1931. 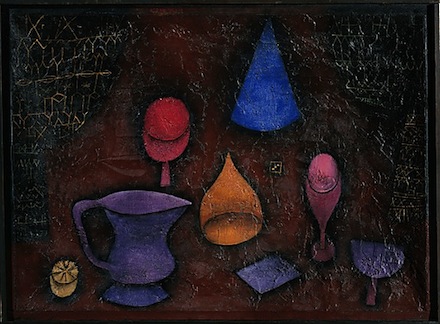 In 1936, Klee was diagnosed with scleroderma, a chronic systemic autoimmune disease. Knowing that he was nearing the end of his life, Klee’s work took on a renewed sense of urgency. As the Metropolitan Museum describes, he began to work more quickly, his lines becoming heavier, forms more generalized, colors more simple and deliberate. Chronology is not the primary emphasis of “Late Klee;” the exhibition does not map a straightforward progression.  Instead, the artist’s rapidly shifting experiments with form, color and composition reveal a creativity that was unimpeded – indeed, even abetted – by his impending death. 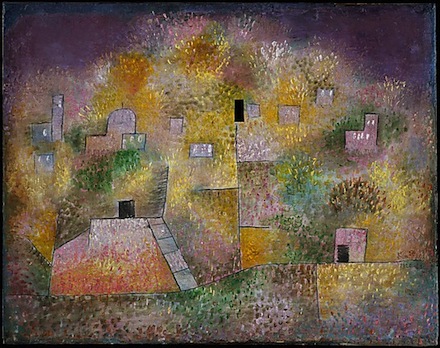 The range of Klee’s artistic output, represented in a selective cross-section at the Met, is an exciting window into his creative process. While Klee’s legacy and influence in twentieth-century and contemporary art is broad and not easily defined, ‘Late Klee’ is made all the more interesting by the many ideas and avenues of inquiry revealed in the show.  Nearly every single work on view presents a different dialogue with artistic precedent or proposal for the avant-garde’s future, perfectly showcasing Klee’s pioneering vision and aesthetic intuition. 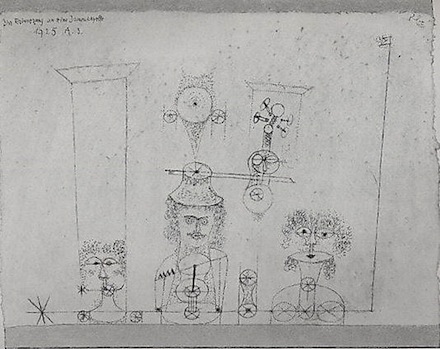 Paul Klee, In Memory of an All-Girl Band (1925), via Metropolitan Museum of Art

Allowing visitors a focused appreciation of the life and creative impulses of a monumental 20th century visionary, Late Klee affords a markedly different perspective on the artist’s work, and the motives informing his creative output.

The show is on view until March 31st. 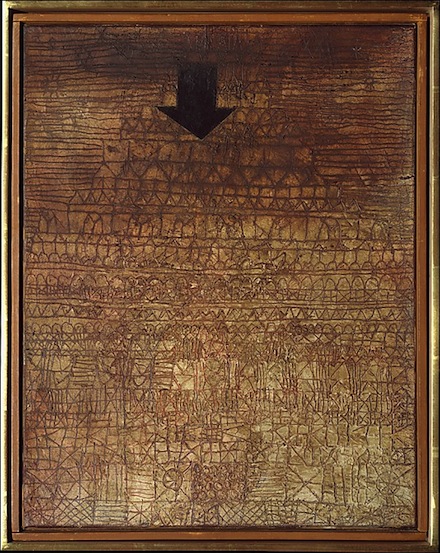 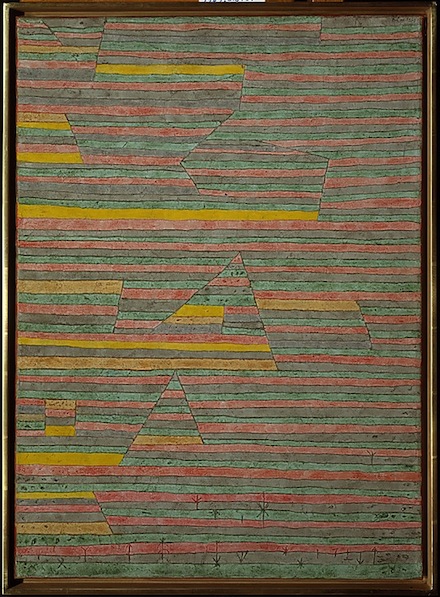 Paul Klee, Monuments at G. (1929), via Metropolitan Museum of Art 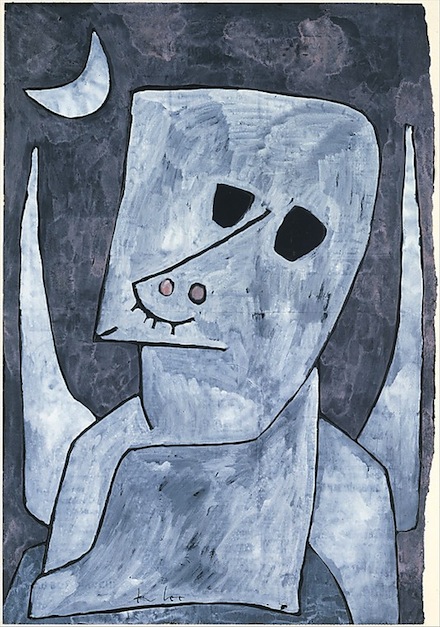 Late Klee at The Metropolitan Museum of Art [Exhibition Site]

This entry was posted on Sunday, February 10th, 2013 at 12:01 am and is filed under Art News, Go See. You can follow any responses to this entry through the RSS 2.0 feed. You can leave a response, or trackback from your own site.