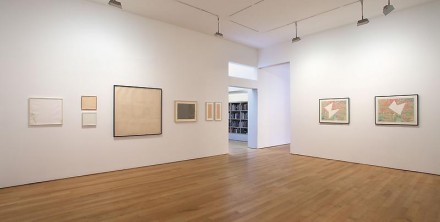 A pioneering force in post-war American art, Sol LeWitt’s geometric explorations of space, image and meaning was foundational in the development of both the conceptual and minimalist schools of artistic practice.  Perhaps most famous for his “wall drawings,” the artist also explored a range of paper and sculptural techniques over the course of his career. 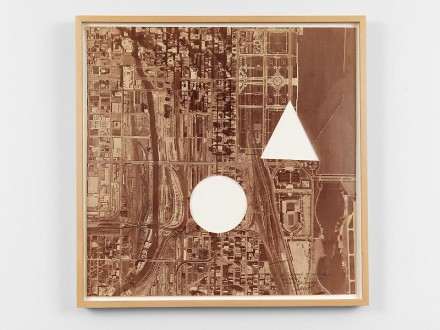 Sol LeWitt, A Square of Chicago without a Circle and Triangle (1979), via James Cohan

Looking beyond his most recognized works, James Cohan Gallery in New York is currently presenting a selection of LeWitt’s early paper works, titled Torn Cut Folded Ripped, that seeks to exhibit the early works and foundational theory that would inform his later practice. 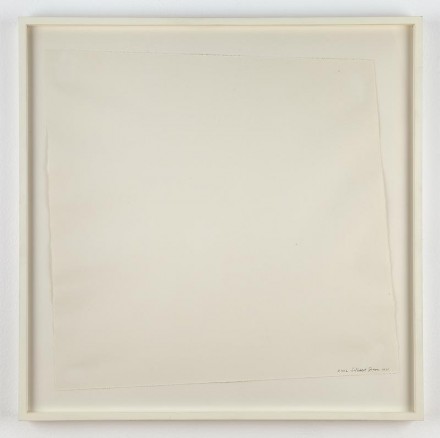 Commonly referred to as “$100 Drawings,” the works on view showcase LeWitt’s early explorations into conceptual practice, using a pre-established set of principles to inform the creation of art objects.  The motion of cutting, tearing, and folding, in LeWitt’s work, serves as an operational technique, a dynamic process of putting thought into practice through a single, rapid act.  Maps, newspapers, books and colored fabrics are manipulated through simple processes, yielding new patterns and impressions on the work’s form, and illustrating the impact of the conceptual spark as it creates the final art object. 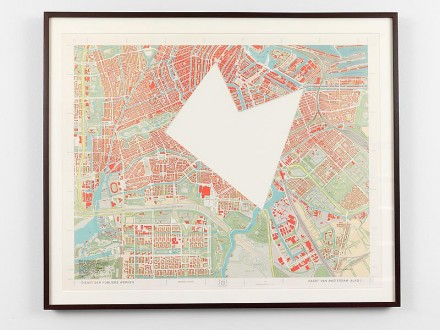 Sol LeWitt, R647: Map of Amsterdam with the area between the Dam, Art and Project, Utrechtse-Brug, Zeeburgerstraat and Achtergracht removed (1976), via James Cohan

Through these works, LeWitt is able to examine notions of dislocation and disembodiment, challenging the factual assumptions of maps while playfully tracing his own associations and interpretations into the work.  Forcing the viewer to consult the title of the work for additional information on the changes made, LeWitt also made explicit certain subliminal relations between text and image.

Sol LeWitt, R647: Map of Amsterdam with the area between the Dam, Art and Project, Utrechtse-Brug, Zeeburgerstraat and Achtergracht removed (1976), via James Cohan

Mimicking the grid patterns of post-war, industrial expansion, Lewitt’s early manipulations work with notions of violence and society, drawing harsh lines of division with little regard for the previous arrangement of the image.  Forcing the material to realign itself through his own rhetoric of presentation, Lewitt shows the impact of the idea on the object. 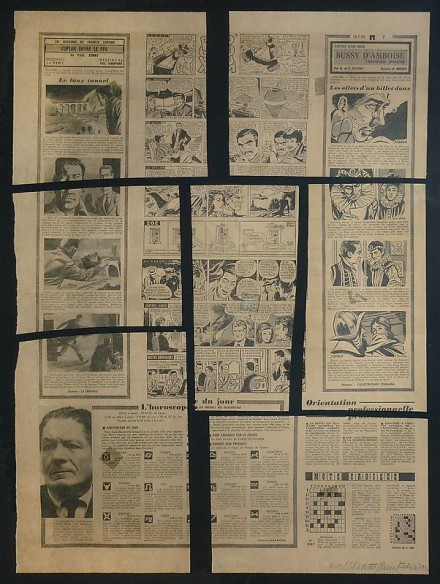 Offering a glimpse into the early development of LeWitt’s artistic oeuvre, Torn Cut Folded Ripped  also serves as an introduction to many of the tenants of conceptual and minimalist practice that defined the American art scene of the 60’s and 70’s. 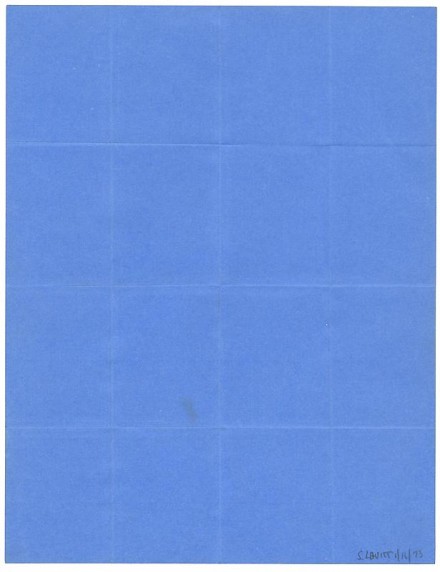 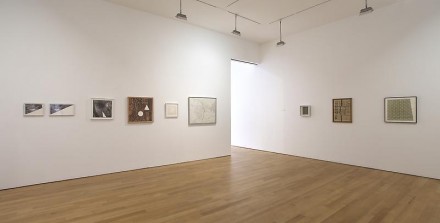 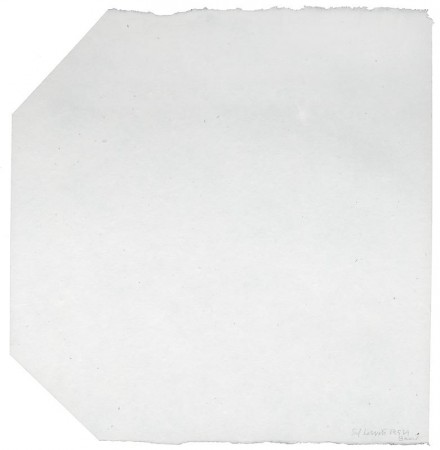 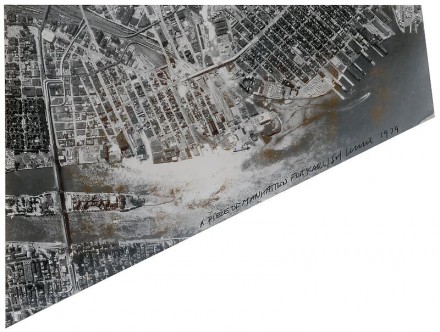 Sol LeWitt, A Piece of Manhattan for Karl (1979), via James Cohan

The show closes on February 9th.

This entry was posted on Saturday, February 2nd, 2013 at 11:20 am and is filed under Art News, Go See. You can follow any responses to this entry through the RSS 2.0 feed. You can leave a response, or trackback from your own site.