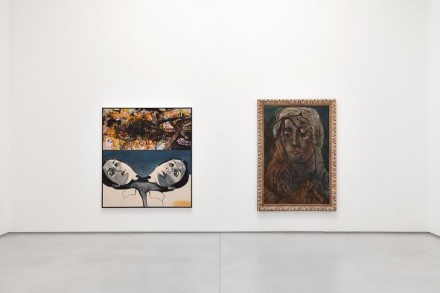 Currently on view at Galerie Thaddeus Ropac’s Marais location in Paris is a trans-Atlantic exhibition, featuring the works of David Salle and Francis Picabia, and focusing on a dialogue between the US-born Salle’s contemporary paintings and the French surrealism of Picabia. 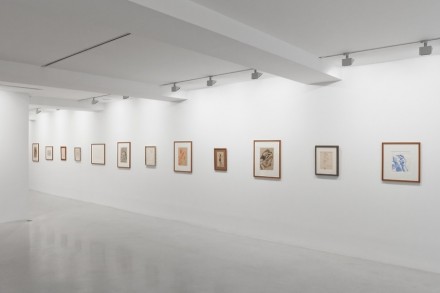 David Salle has been an artistic force since the 1980’s, combining a wide range of references, both complimentary and contradictory, into his large-format works, and he has frequently cited Picabia as a foundational influence, particularly regarding the artist’s eclectic range of materials and media.  This exhibition provides a way to new approach to viewing both artists, and is an opportunity to see many works by Picabia rarely on view.

Superimposed images are a reoccurring theme across the exhibition, and both artists frequently turn to this juxtaposition of meaning and image as an expressive technique while remaining moored in vastly different contextual backgrounds.  While Picabia’s works operate as a subversion of the painterly technique and perspective of his time, Salle’s works utilize elements of pop culture and Pop Art.  At the same time, both artists seem to intersect along shared interests in figuration and the human form, and similar approaches to arriving at their finished work. 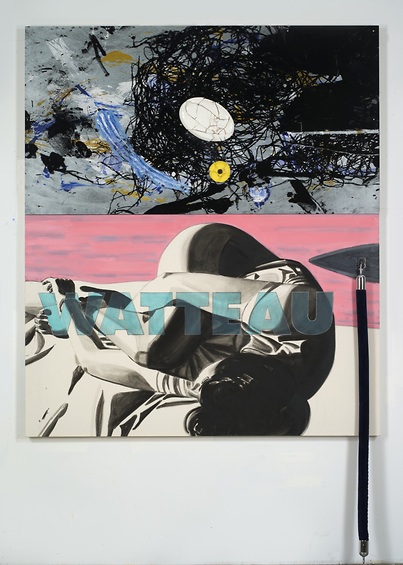 In some works, Salle suggests the history of painting itself, branding the names of masters like Watteau and Poussin directly onto the canvas. This anarchic mix of styles and messages relate to Picabia’s own diverse styles and open encouragement of artistic freedom of expression.  A similar anarchy is at work in Picabia’s paintings, casting off conventions of depiction and figure to explore deeper truths at play within his chosen symbols. 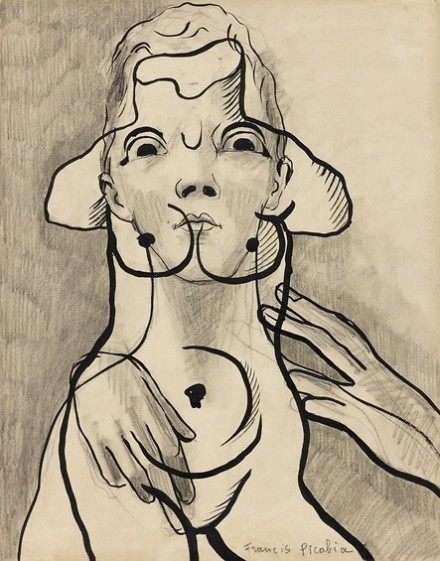 In most of Salle’s work on view, the upper half of each canvas is created by printing a silkscreen of debris found on the beach. The branch-like details of the upper halves lend a rhythmic quality to the works, while an overall emotional flow is sensed through the eruptions of themes and styles on each canvas.  Despite each work’s unique juxtapositions, this stylistic continuity allows it to maintain a coherence among each work’s compositional anarchy. Salle, like Picabia, masterfully mixes images with messages to explore the nature of perception. 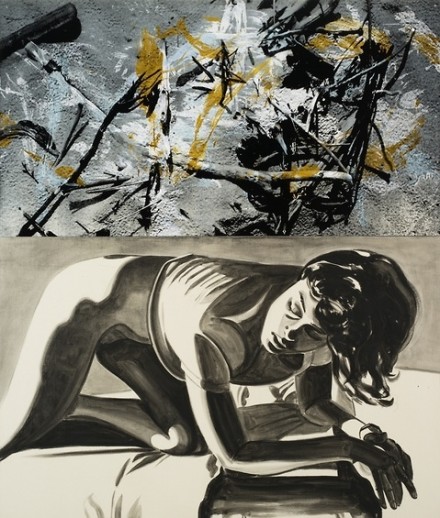 Exploring the work of two artists chasing similar themes in vastly different eras, Thaddeus Ropac presents a complex, poetic show that serves as a partial history of avant-garde paintings while simultaneously illustrating the global path of inspiration in an increasingly connected society. 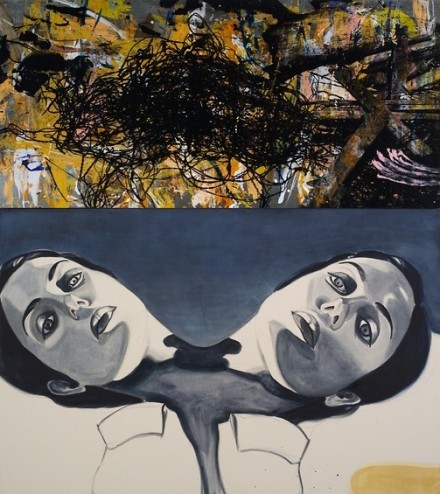 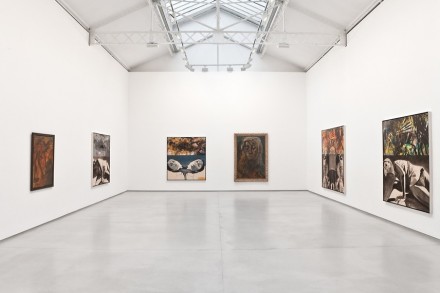 This entry was posted on Sunday, February 17th, 2013 at 9:13 pm and is filed under Art News. You can follow any responses to this entry through the RSS 2.0 feed. You can leave a response, or trackback from your own site.