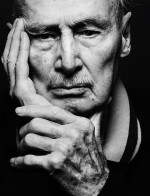 Gagosian Gallery has just announced the death of Richard Artschwager, mere days after the closing of his retrospective exhibition at The Whitney Museum in New York City.  He was 89.  Artschwager’s unique path helped to define the perceptual and spatial explorations of conceptual and minimalist art while retaining the artist’s personal aesthetic.  Often utilizing objects from the everyday, he continually sought to explore the interaction between object and space, notably in his reworkings of chairs, pianos, and tables.   The artist’s work had been the subject of several major exhibitions worldwide, including shows at the Centre Pompidou, Deutsche Guggenheim, and the aforementioned Whitney Museum.

This entry was posted on Saturday, February 9th, 2013 at 6:20 pm and is filed under Art News. You can follow any responses to this entry through the RSS 2.0 feed. You can leave a response, or trackback from your own site.