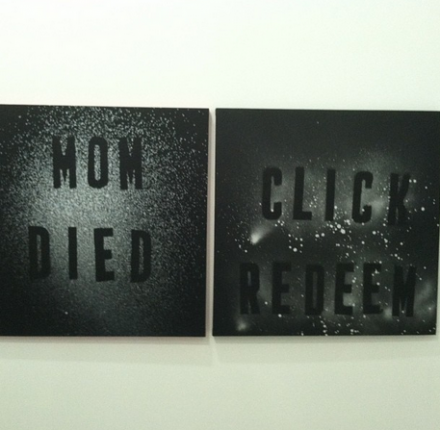 The Independent Art Fair returned to Chelsea this year, taking up three floors of Center548 with work from over 40 galleries around the world, offering a markedly fresh take on the busy sales rush of Armory Week in New York. 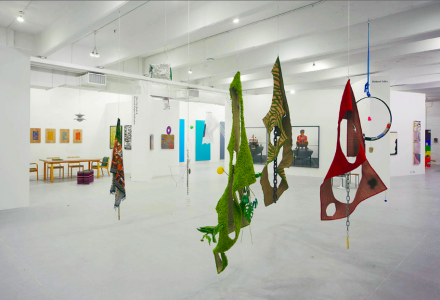 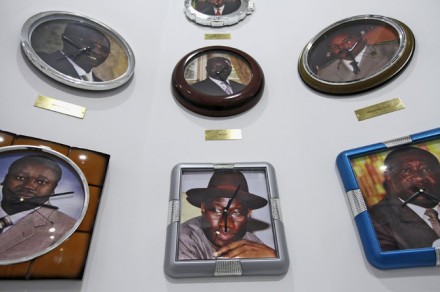 The after effects of Hurricane Sandy loomed large in the minds of both attendants and galleries exhibiting.  Many of the nearby Chelsea galleries had suffered excessive damage to their collections and properties, and The Independent took an active role to help some of the hardest hit.  Both Printed Matter and The Kitchen, which both lost large portions of their equipment and archives in the storm, were welcome into the show, and offered a selection of works celebrating both the past and future of their respective establishments. 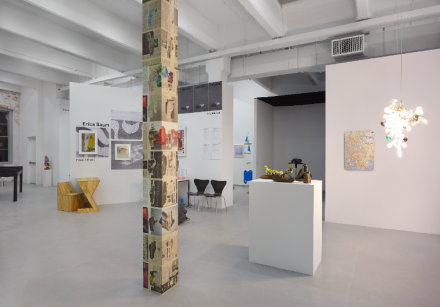 In contrast with the larger fairs uptown, where visitors wound through the long, looping rows of gallery booths, The Independent packed itself into the narrow, winding space of the former Dia building, filling every available corner with installations, canvases, sculptures and video work.  Basing the design of the show around the curatorial choices of the galleries present, the end result welcomed a more active exploration, with galleries packing themselves into narrow hallways and dead ends.  On one floor, several striking photographs by Wolfgang Tillmans at Mareen Paley hung just out of sight, a welcome surprise for the wandering visitor. 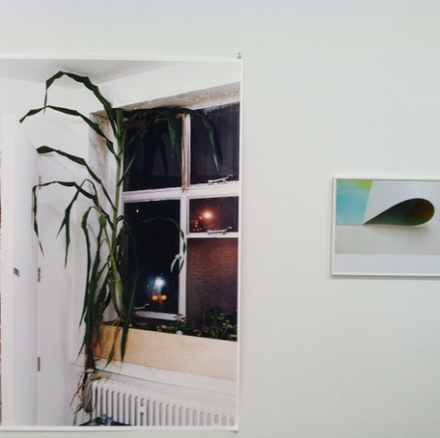 2 Works by Wolfgang Tillmans, at Maureen Paley, via Daniel Creahan for Art Observed

The atmosphere of the fair was also markedly different, dominated by bold, colorful works that perfectly accented the free-roaming floors of Center548.  The rainbow clad, talking sculpture by Joanne Tatham and Tom O’Sullivan was a particular favorite, welcoming visitors into one of the exhibition spaces with its striking color palette and warped vocalizations.  One floor up, visitors were greeted by Jack Lavender’s hanging assemblages for The Approach, accumulations of trash and found materials suspended from the ceiling. 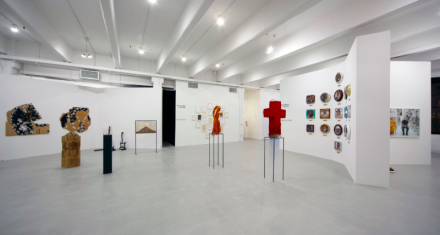 Also drawing considerable attention was the work of Benin’s Meshac Gaba for McCaffrey Fine Art.  Depicting a number of 20th century African leaders on mounted wall clocks, the artist offered a pointed commentary on the ever-passing nature of time, relegating both peaceful and despotic leaders to a fixed position, unable to move beyond the reaches of their mortal and historical moorings.  It was a particularly powerful statement, embodied in a most understated of mediums, and showcased the artist’s perceptive take on African identity and global politics.

Conceptual art made a marked impact on the fair this year, offering a range of explorative, forward-thinking works that welcomed new critiques and directions for the world of contemporary art.  Mark Flood’s large format text paintings for Peres Projects were of particular interest, mixing raw technique with technological awareness, cultural consumption with a studied awareness of avant-garde art history.  Also of note were a selection of paintings by Richard Aldrich for Bortolami Gallery.  Moving between satirically self-aware treatments of the canvas (on one, the artist included only three photographs, glued halfway off the edge of the piece) and beautifully visceral figuration, his works showed a willingness to work with a variety of subject matters and themes while maintaining his signature voice.  Other works explored more peculiar forms, including a work by artist Natalie Housler that depicted two dress shirts, hung on steel wire, locked in what seemed to be a violent struggle.  Another work by Guillame Leblon also drew considerable attention, with a pair of disembodied feet hanging from their toes off of a ladder.  An enormous plastic sheet was draped above the scene, creating  a moment hanging between repose and potential chaos. 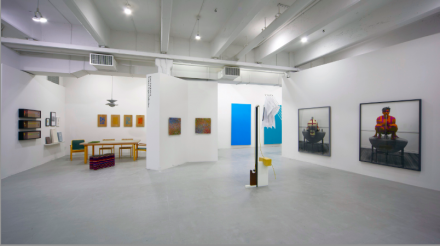 Gavin Brown’s Enterprise made a particular splash at the show.  With an already established reputation for colorful and imaginative work, the gallery did not disappoint.  Its entire exhibition space was coated with suggestive wallpaper of two naked figures casting off their clothes, which scattered into a repeating pattern down the walls, done by Thomas Bayrle.  Over his work, the gallery showcased several hanging works by Kerstin Brätsch.  It was a vibrant showcase that underlined the gallery’s continuing focus on emerging art and forward thinking practice.  Other galleries followed in suit, particularly Galerie Meyer Kainer from Austria, whose exhibition of colorful works by Verena Dengler blurred the line between decorative kitsch, art object and dadaist sculpture, and further explored new conceptions of sculptural practice.  On another floor, Nicole Wermers’s sculptural plinths took a similar tone, stuffing drying racks full of fine porcelain, tacky dishes, and bizarre serving trays (one sculpture included an enormous plastic dish shaped like an angelfish). 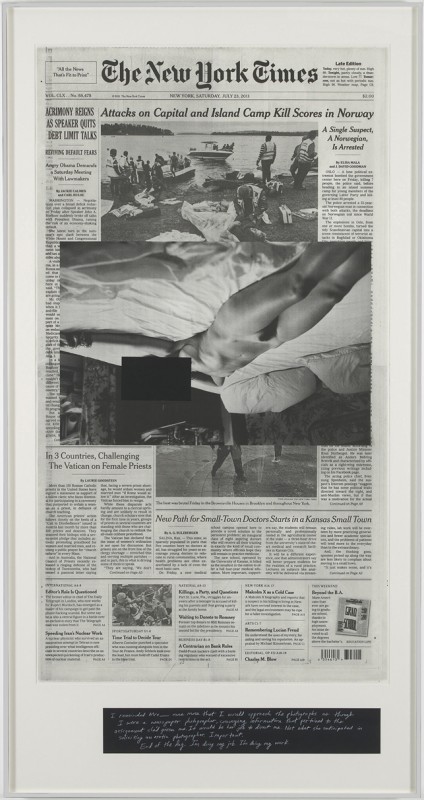 As the fair closed on Sunday, many attendees lingered in the exhibitions, passing through for a few more looks at the works on view before the fair security had to ask them to leave.  The popularity of the fair was evident.  While still a young event (only in its fourth year), The Independent has already earned a reputation as one of the best ancillary events of Armory Week, luring many interested art-goers through its doors, especially many not interested in the high ticket prices of the ADAA Show and The Armory Show.  For attendees, exhibitors and artists, The Independent offers an accessible take on the current art landscape, as well as a formidable look at the next generation of emerging artists. 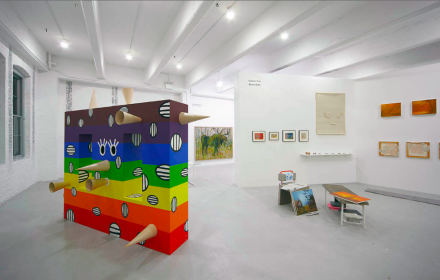 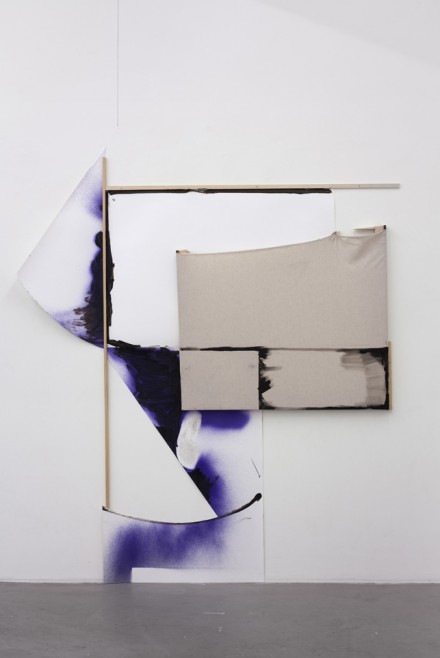 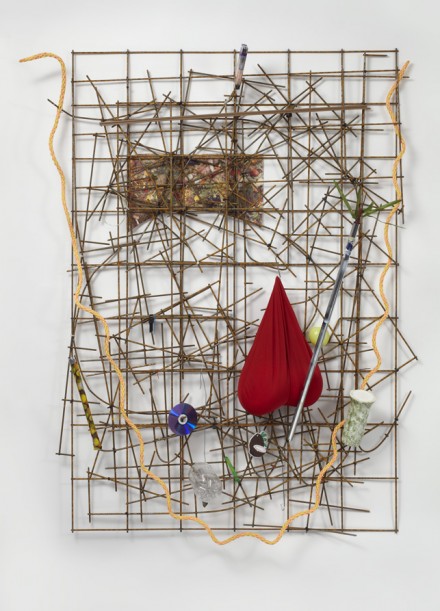 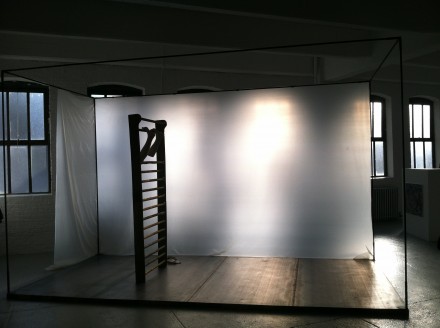 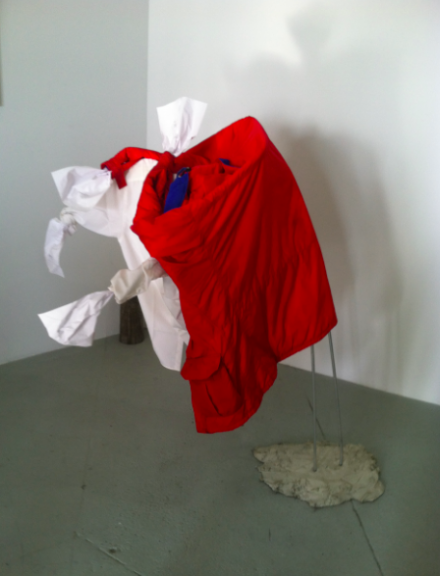 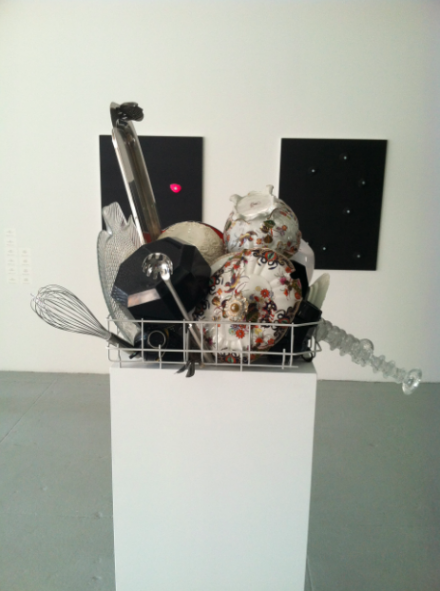 A sculpture by Nicole Wemers for Herald St London, via Daniel Creahan for Art Observed

This entry was posted on Wednesday, March 13th, 2013 at 10:40 am and is filed under AO On Site, Art News, Events. You can follow any responses to this entry through the RSS 2.0 feed. You can leave a response, or trackback from your own site.