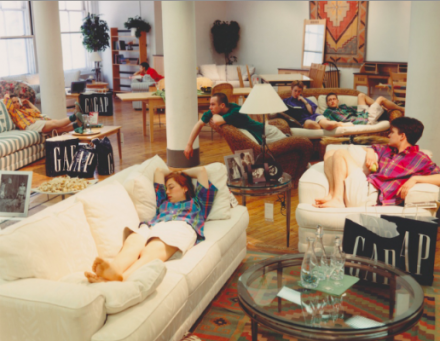 Experimental Jet Set, Trash and No Star, on view now at The New Museum, is a look 20 years into the not-so-distant-past, using 1993 (and the works produced and shown within that calendar year) as a critical reflection point into recent art history and practice. 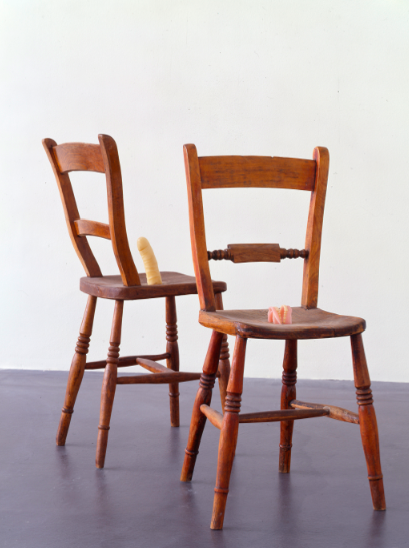 Sarah Lucas, The Old Couple (1993), Courtesy of The New Museum

The latest show organized by Massimiliano Gioni and his forward-thinking curatorial department, 1993 focuses on New York City in the year 1993.  With the election of Mayor Rudy Giuliani that fall, the city stepped in a new direction, slowly beginning to slough off its gritty reputation in favor of a cleaner, wealthier, more modern ideal.  Taking its name from a Sonic Youth record released that year (and named in response to the band’s place on a major record label), the show seeks to define an art world between the glossy internationalism of today, and the grittier past of American and International  contemporary art. 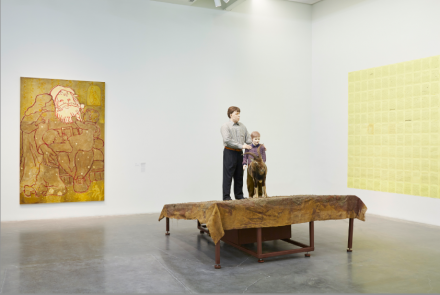 While a focus on New York City seems initially limiting, a subtle undercurrent of transnational politics, economy and culture runs through the work on view.  While technically focused on a definitive American metropolis, 1993’s inclusion of international artists exhibiting or working in New York is a significant choice, highlighting the increasingly fluid global flows of artistic talent and economic impetus that began to define the city in the early 90’s.  In addition, the presence of multinational corporations and international conflicts as subject matter (from Art Club 2000‘s lampooning of The Gap’s brand identity to Annie Leibovitz’s photos of Sarajevo during the brutal Bosnian Civil War), showcase an increasingly interconnected world sensibility as the world moved into the “Information Age.” 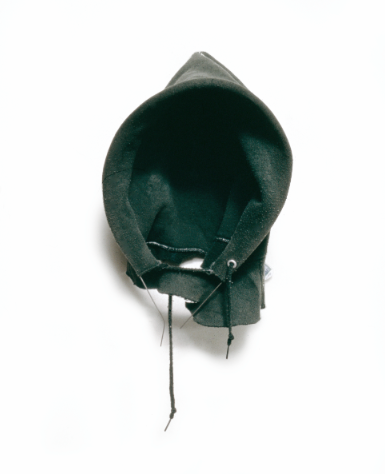 David Hammons, In The Hood (1993), Courtesy of The New Museum

Exploring both new aesthetic approaches and new conceptions of art as process and practice, the show offers an insightful glimpse into new shifts in art theory that are still with us today.  There are the new works exploring notions of relational aesthetics, such as Rikrit Tiravanija’s Untitled (1271), a canoe full of ramen noodles that guests are welcomed to take a cup from, or works by Sarah Lucas and Jane Antoni that challenge notions of gender identity and politics in new, aggressive ways.  Alongside these are a range of video installations from Matthew Barney, Alex Bag, and Cheryl Donegan, showcasing the new frontiers of identity and fantasy explored by the camera eye. 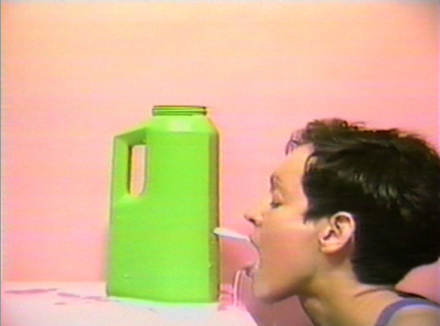 Particularly striking is the enormous space afforded to several installations by the late Felix Gonzalez-Torres (who lost his battle with AIDS in 1996).  Against a pair of massive billboards depicting cloudy backdrop of birds in mid-flight, a single strand of lightbulbs dangles down to the floor, casting the dimly lit room and expanse of orange carpeting in a weakly luminous glow.  The room offers a moment of pause and reflection, while serving in equal measure as a memoriam to the deceased artist. 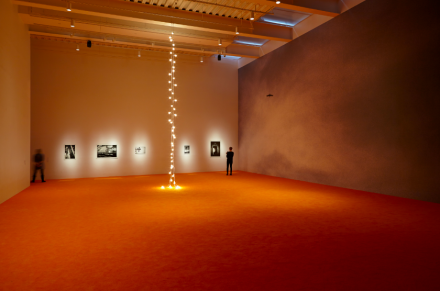 As a whole, the show is a critically dense portrait of a turbulent but artistically potent moment in contemporary art. At times overwhelming, 1993: Experimental Jet Set, Trash and No Star requires a long browsing (or perhaps multiple visits) to embrace the complexly layered series of themes and ideas available for digestion.

The show is on view until May 26th. 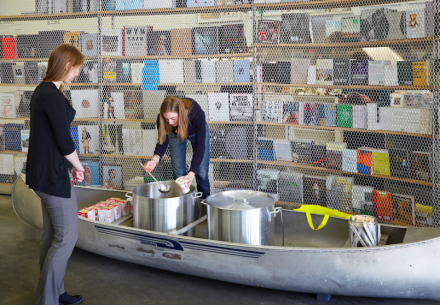 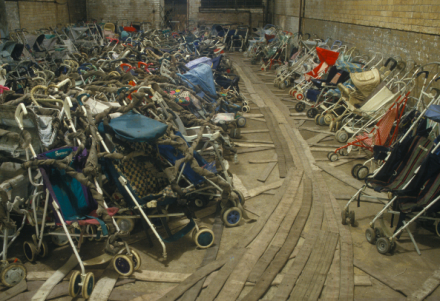 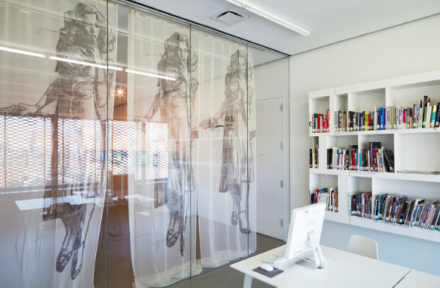 This entry was posted on Wednesday, March 6th, 2013 at 10:41 am and is filed under Art News, Go See. You can follow any responses to this entry through the RSS 2.0 feed. You can leave a response, or trackback from your own site.