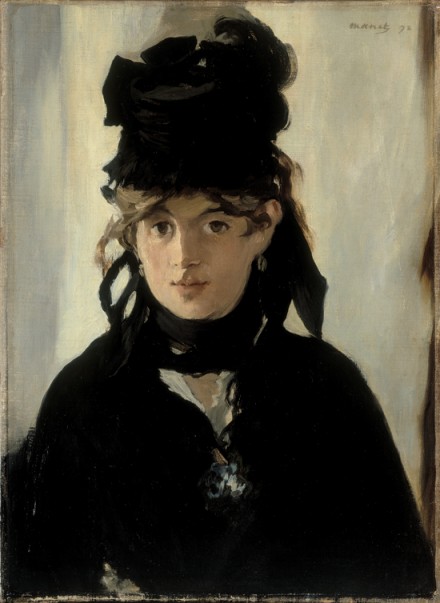 Édouard Manet, Berthe Morisot with a Bouquet of Violets (1872), via Royal Academy of Arts

London’s Royal Academy of Arts is currently exhibiting an ambitious retrospective of portraiture by iconoclastic French painter Édouard Manet (1832 – 1883), collected from across Europe, Asia and the United States.  This is the first-ever exhibition of work by Manet that focuses on his broad body of portraiture, tracing the artist’s artistic evolution in the format throughout his life, as well as his contributions to modern portraiture in the contemporary era.  While Manet worked across a range of subjects in figurative painting, portraiture makes up about half of his body of work, offering perhaps the strongest evidence of the artist’s creative motivations throughout the course of his life.

Manet’s work is a prime representation of the transition from Realism to Impressionism, and his most famous works, The Luncheon on the Grass and Olympia, have been said to mark the point of genesis for all Modern Art. Born into a wealthy Parisian family in the early 19th century, Manet was encouraged by his uncle to pursue painting, despite his father’s wish that he join the Navy, and enrolled in a drawing course where he met Antonin Proust, the French journalist and politician who became his lifelong friend.  During his formative years as an artist, Manet was  strongly influenced by the works of Dutch painter Frans Hals, as well as the Spanish artists Diego Velásquez and Francisco José de Goya. 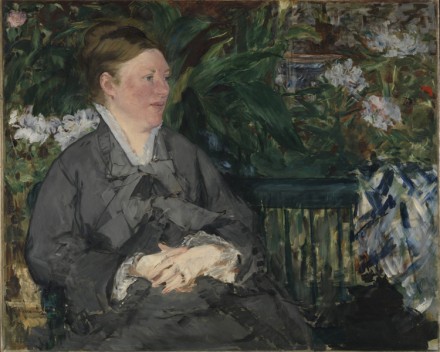 Édouard Manet, Mme Manet in the Conservatory (1879), via Royal Academy of Arts

As his style continued to develop and evolve, Manet painted his family and friends, as well as  literary, political and artistic figures of his time.  These paintings provide a glimpse into both Manet’s personal life and his view of Parisian society during his time, while showcasing the artist’s persistent dedication to his craft, exploring the canvas and its potentials with each new work.  The exhibition contains more than 50 portraits, including his wife Suzanne Leenhoff, Antonin Proust, writer Émile Zola, and poet Stéphane Mallarmé, Manet’s most frequent sitter.  The show also includes scenes from the artist’s day to day life, capturing subjects as they pass through the day. 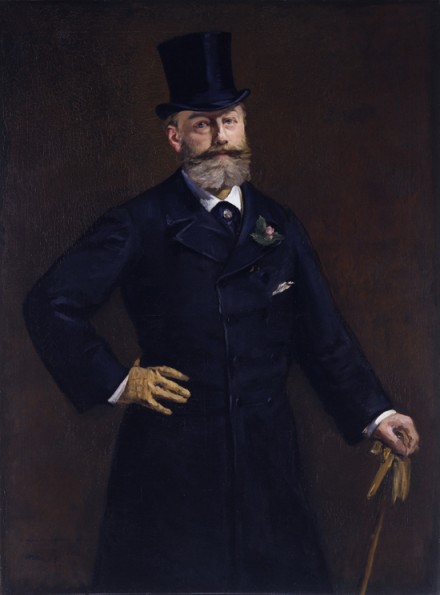 Spanning his long career as a painter, Painting Life offers an interesting narrative take on Manet’s creative output.  Tracing the passage of time through portraits of friends, family and acquaintances, Manet captures life from canvas to canvas, leaving a document of his creative era in the faces of his compatriots.  Curated by Mary-Anne Stevens and Dr. Larry Nichols, the exhibition has been made possible by a collaboration between the Royal Academy of Arts, London and the Toledo Museum of Art, Ohio. The display, which opened on January 26th, 2013, will remain on view through April 14th, 2013 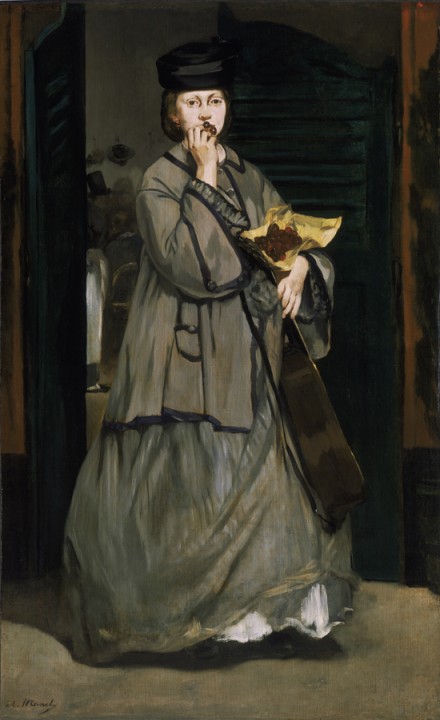 Édouard Manet, The Railway (1873), via Royal Academy of Arts

Édouard Manet, Music in the Tuileries Gardens (1862), via Royal Academy of Arts

This entry was posted on Friday, April 12th, 2013 at 6:24 am and is filed under Art News. You can follow any responses to this entry through the RSS 2.0 feed. You can leave a response, or trackback from your own site.