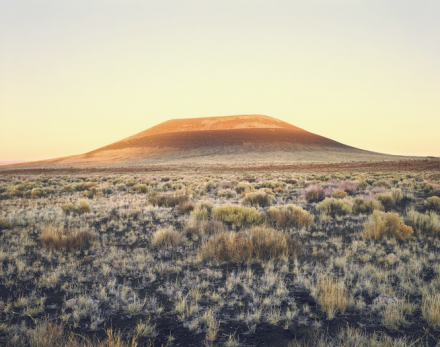 In anticipation of his major, three-museum retrospective beginning next month in New York, Los Angeles and Houston, artist James Turrell is exhibiting a selection of mocels, photographs and designs from his ongoing Roden Crater Project at PACE Gallery’s 57th Street location.  Offering a complex portrait of the artist’s ambitious creative site, the show presents a look at Roden Crater as Turrell moves into the next stage of its construction. 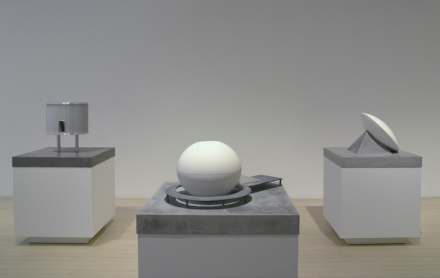 Located in Northern Arizona’s Painted Desert, the Roden Crater is an enormous, 400,000 year old extinct volcano that Turrell has been transforming into an open-air observatory since the 1970’s.  Constructing observation spaces and structures at the site, the artist’s project turns the desert space into a realm of celestial encounter, accentuating the interplay of landscape and light across the crater’s enormous rock facade.  Upon completion, the work will stand in a class of its own, a strikingly expansive construction project that will turn this  stretch of land into a monument of interplay between light and space, earth and sky. 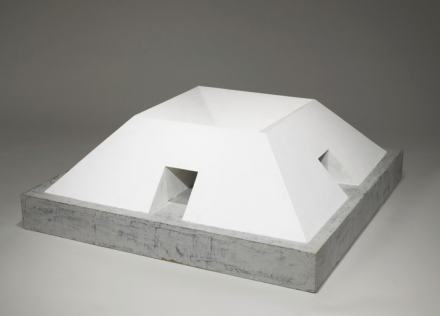 James Turrell, Outside In (1991), via PACE Gallery

Influenced by the ancient observatories of Angkor Wat and Machu Picchu, Turrell takes the environmental character of the crater as his starting point, planning to use its central column to construct a naked-eye observatory, and circling this observation space with his signature “autonomous structures,” freestanding observatories that allow the desert light to play along the walls and floors of the space inside, creating a constantly shifting, fluid experience for visitors.  Turrell has included 15 models for these structures, varying in shape and scale, and illustrating his bold vision for the interaction of light and space in the Arizona desert. 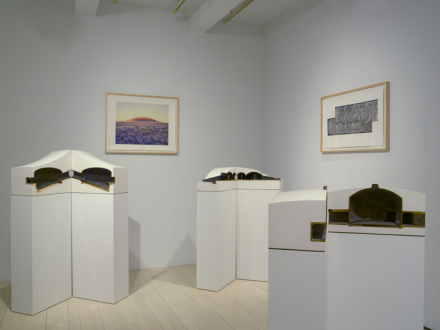 The act of looking seems essential to each part of Turrell’s project, framing the space in, around and above Roden through his elaborately constructed spatial elements so that the viewer may engage with the space for themselves.  Even so, one cannot avoid a sense that Turrell is the one doing the looking, pointing the viewer’s eye at specific spaces and landscapes instead of presenting a wholly free experience. Turrell’s work is still wholly locative, wholly defined within a place, and he is still the one who frames the engagement with any light or space contained within. 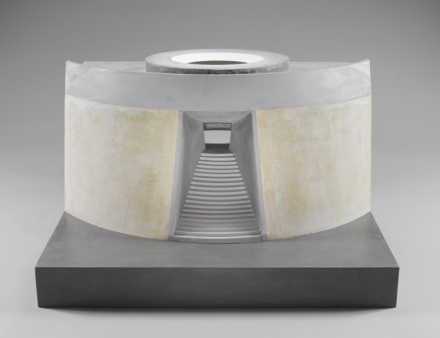 Turrell complements his aspirations for Roden with the work already done, including a number of photographs, maps and charts documenting the artist’s surveying and planning for his project, as well as a selection of bronze-casted models of the observatory itself, showcasing the sheer scale of the project before construction could even begin.  As Turrell’s plan is set in motion, the many structures and models and view offer a promising look for the future of Roden Crater.

Roden Crater and Autonomous Structures is on view until April 20th. 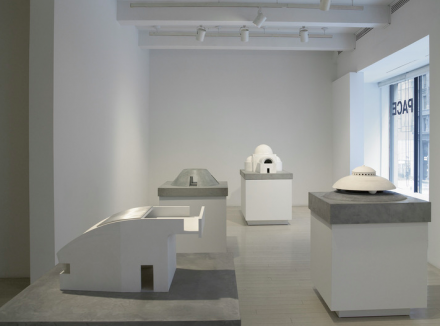 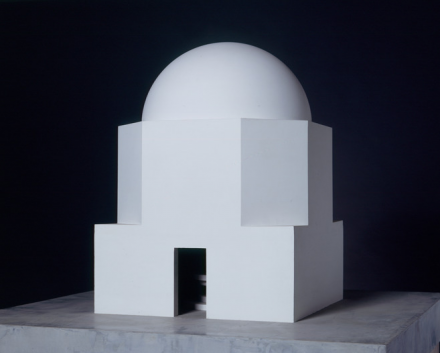 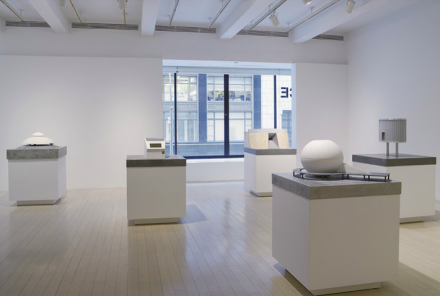 This entry was posted on Tuesday, April 16th, 2013 at 1:19 am and is filed under Art News. You can follow any responses to this entry through the RSS 2.0 feed. You can leave a response, or trackback from your own site.