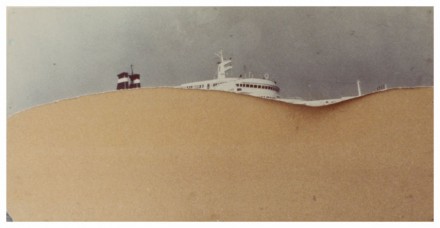 In 1978, photographer Luigi Ghirri first published his manifesto on avant-garde photography, Kodachrome.  Locating the image as both a problem and solution in the increasingly complex interrelations of image, identity and object created through a technologically advancing world, the book sought to use the camera as it was, a machine for generating reproductions, to, in his words “be able finally to distinguish the precise identity of man, things, life, from the image of man, things, and life.” Recognizing the artist’s immense contributions to both photography and conceptual thought, Matthew Marks Gallery is currently hosting a show of 25 of Ghirri’s photographs in New York City, taken from the artist’s landmark book. 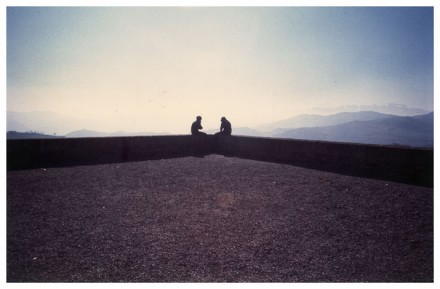 Taking the camera’s role as a producer of image, Ghirri’s work is constantly at play with the idea of the photograph as document.  Instead of merely staging the scene within the confines of the photographic frame, Ghirri creates images that are fully aware of their position between the reality and the viewer, underlining the confinement of image within its frame. 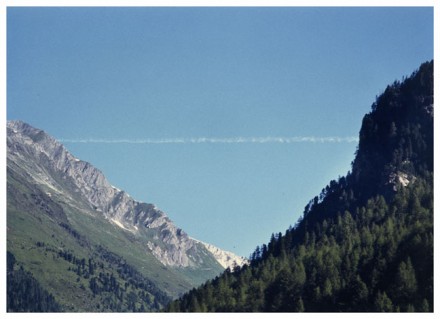 Throughout the works on view, Ghirri embraces a nuanced approach to composition, using environmental structures, passing events and juxtapositions of objects to create surreal intersections between reality and image.  Shadows cross over half an image, dividing the subject into two separate parallelograms.  In another, the crossbeams of a window dissect a beach scene into four equal quadrants.  The image becomes subject to its shapes and forms, continually distancing the captured scene from a fully immersive image. 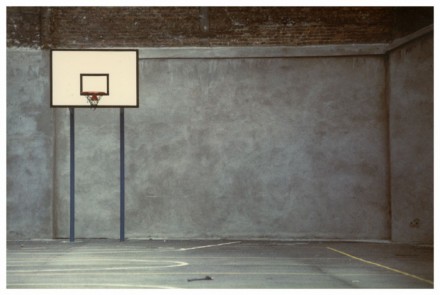 In other works, Ghirri uses the camera as a way to recontextualize the construction of image.  Graphic works frequently appear in his photographs (advertisements, paintings, murals, etc.), entering into conversation with the surrounding environment to humorous or bizarre effect, alienating the work from the canon of purely descriptive photography by its awareness of its position within society.  The camera becomes a machine turned inwards, using the nature of its own image generation to maintain its presence in the final product, returning the process of looking through the frame to prominence. 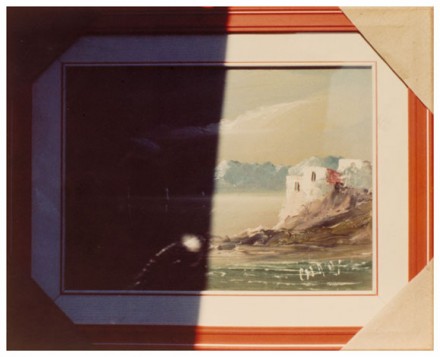 Calvi, a photograph of a postcard rack, is the perfect summation of these theories.  Depicting a series of photographic postcards of island scenes divided by the wire racks holding them, the consumable nature of the image is foregrounded and multiplied, while standing as an abstractly rendered image in its own right.  It becomes difficult to distinguish the work as collage or photograph, forcing the viewer to partially abandon the reality of the image itself in favor of that of a framed space, defined by its restrictions and inherent elements.  From this abstracted, distant vantage point, the viewer is welcomed to return to the content of the image, examining the weight of meaning in each work, and how it speaks to larger society.  By separating the image from its environment, Ghirri allows a new analysis of how man reconstructs and represents his world. 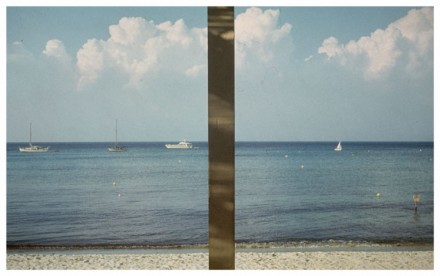 Challenging the perceptual and representational assumptions of traditional photography, Luigi Ghirri opened up new paths of thought in the field of photography, tying conceptual thought into a unique practice that has influenced many contemporary artists.  Welcoming a new appreciation of the artist’s groundbreaking writings, Matthew Marks provides an accessible and engaging introduction to his work.

Kodachrome is on view until April 20th. 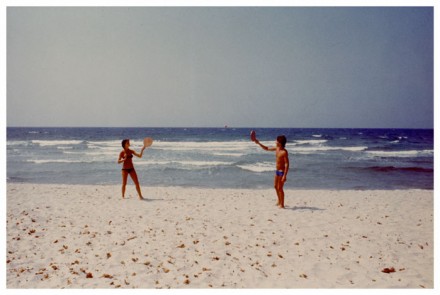 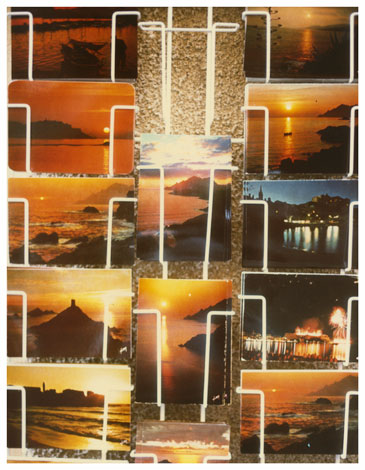 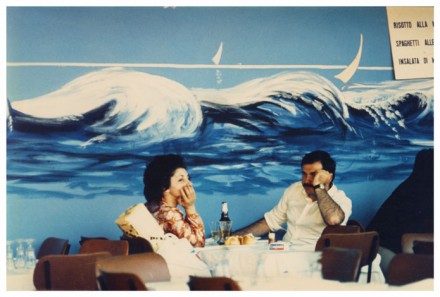 This entry was posted on Sunday, April 14th, 2013 at 12:19 pm and is filed under Art News. You can follow any responses to this entry through the RSS 2.0 feed. You can leave a response, or trackback from your own site.