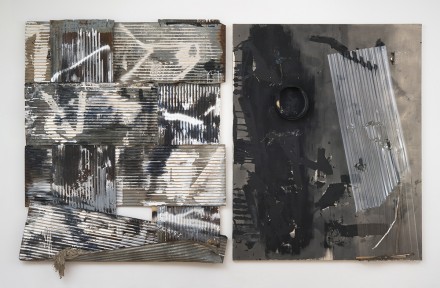 Rosy Keyser‘s new group of works, Medusa Pie Country, is currently on view at Peter Blum Gallery in New York.  Consisting almost exclusively of materials she found in the upstate New York hamlet of Medusa, where she occasionally works, Keyser’s works on view grapple with the idea that art is always being made, both inside the studio and out. 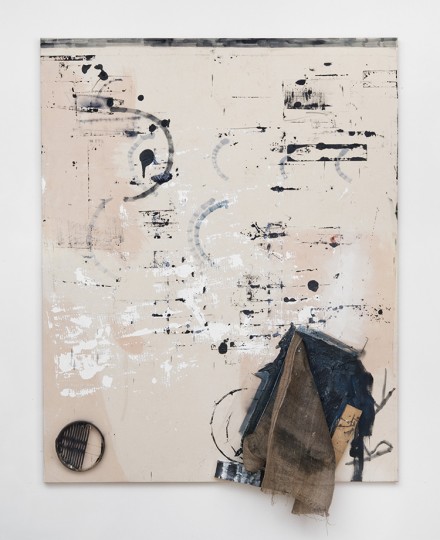 Born in Baltimore, MD in 1974, Rosy Keyser received her BFA from Cornell University and an MFA from The School of the Art Institute of Chicago. Her work has been included in group shows at the Walker Art Center, Minneapolis, MN; the Louisiana Museum of Modern Art, Humblebæk, Denmark; Ballroom Marfa, TX; and Peter Blum Chelsea, New York; as well as in the permanent collections of the Louisiana Museum, Denmark; the Zabludowicz Collection, London, and the Maxine and Stuart Frankel Foundation, MI. Keyser lives and works in Brooklyn and Medusa, NY. 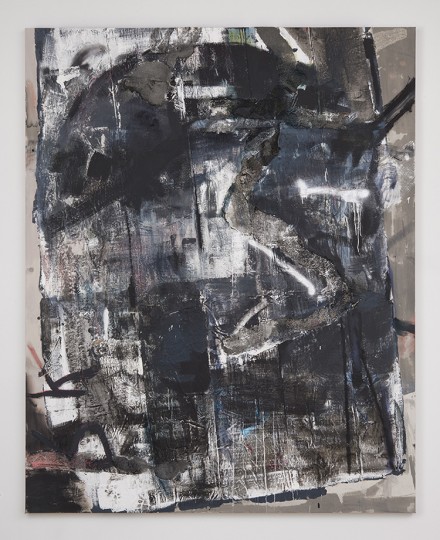 Beer cans, sawdust, rusted corrugated steel, tarp, enamel, oil paint, and canvas make up Keyser’s melange of life-meets-art paintings, balanced between assemblage and the pure act of painting. Using a variety of methods, Keyser frees herself from the conventions of art making, making references to natural forces as well as the idea of “self-reliance as a kind of nonconformity,” as stated by the gallery.  Her paintings are maps of encounter, tracing interactions between the elements and their assemblage, as well as the interaction between the artist and her materials. 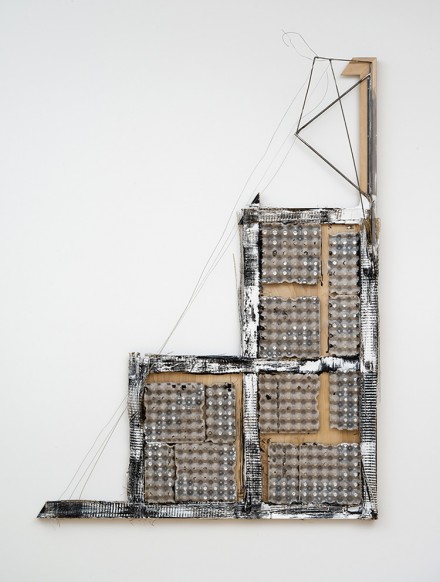 Seeking to reorder these elements within space, Keyser’s interpretation of the materials reveal her own individual spirituality and tendencies toward poetry, a medium that, according to Frank O’Hara: “makes life’s nebulous events tangible and restores their detail; or conversely that poetry brings forth the intangible quality of incidents which are all too concrete and circumstantial.”  Keyser takes great inspiration from O’Hara, as well as his fellow New York School compatriots in the visual arts, incorporating exterior elements as a record of her encounter with her spatial surroundings, and using them as an artistic and material parallel to the experiences of the artist’s life. 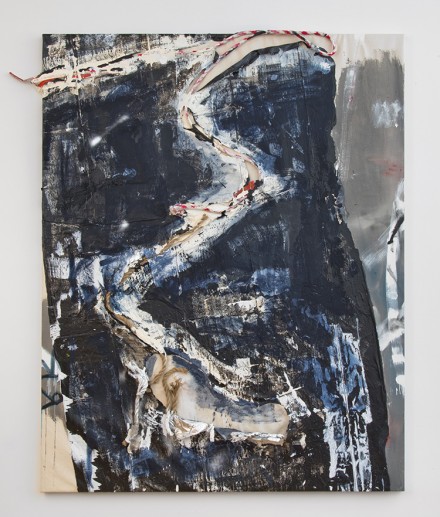 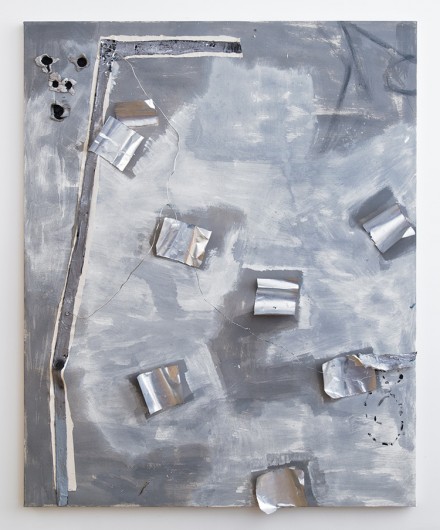 This entry was posted on Saturday, April 20th, 2013 at 10:41 am and is filed under Art News. You can follow any responses to this entry through the RSS 2.0 feed. You can leave a response, or trackback from your own site.